JEAN PIERRE VERSTER: Companies that could be a good buying opportunity 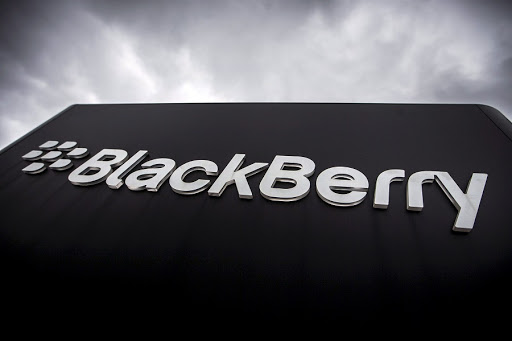 A Blackberry sign outside the company's offices in Waterloo, Canada. Picture: REUTERS/MARK BLINCH

The meteoric rise of GameStop’s share price has been a great example of the lollapalooza effect (see this week’s Money story for an in-depth account of the GameStop phenomenon).

Many speculators are now trying to anticipate (or engineer) the next major short squeeze. The share prices of some heavily shorted stocks have started to rise quite sharply, with little regard given to the fair value of the businesses behind these stock tickers. Even commodity markets have been targeted, with an army of retail investors trying to emulate the Hunt brothers’ attempt to corner the silver market 40 years ago.

Amid all the frenzied euphoria, let’s look at some businesses whose share prices have risen sharply of late.

AMC operates more than 1,000 movie theatres worldwide, with a large US footprint. As we saw locally with Ster-Kinekor entering business rescue last week, this industry has been hit hard by the pandemic. Even though most of AMC’s cinemas are now open, there has been very little attendance. This is not only due to fears about infection in crowded indoor spaces — very few new movies have been released over the past year, with studios finding it hard to shoot under current conditions.

AMC is technically insolvent, with an equity deficit of more than $2bn reported as at end-September 2020. The recent share price spike allowed debt holders to convert $600m of debt into equity (and promptly sell most of the new shares issued), which will help the balance sheet. Shareholders can expect further dilution, if AMC is to survive.

I still have fond memories of my "revolutionary" BlackBerry cellphone, with its Qwerty keypad (before the days of touchscreen smartphones). While BlackBerry has exited the consumer device market, it still offers its encrypted enterprise communications platform to governments and other clients sending sensitive data electronically. After a long-running patent infringement dispute with Facebook, a settlement was announced last month. Financial details were not disclosed, but we don’t believe it will lead to a windfall for BlackBerry.

Bulls also point to a recent partnership entered into with Amazon Web Services, in terms of which data generated by BlackBerry’s leading automotive operating system, QNX (which runs on 175-million cars worldwide), will be monetised. BlackBerry has been loss-making for the past few years, but could make a profit of roughly $100m for the 2021 financial year. With a market cap of $8bn at the end of January, this puts BlackBerry on a frothy p:e of 80 times.

This omnichannel retailer, which sells home merchandise and owns the Buy Buy Baby chain, has had a tough few years due to the growing consumer preference for online retail. Activist investors overhauled the board and replaced the CEO in 2019 after highlighting instances of nepotism. Since then, new CEO Mark Tritton has been leading a turnaround effort that is gaining momentum.

The company has shown positive same-store sales growth in its past two quarters and is actively (and aggressively) buying back its shares. The business is also in a net cash position, excluding lease obligations. While the company has incurred large losses in its past two financial years, this is mostly due to one-off impairment charges, with adjusted earnings before interest, tax, depreciation and amortisation actually growing.

The share price may be running ahead of itself, but this is one stock discussed here that should not have been shorted so aggressively, as the fundamentals of the business are improving.

On January 22, Koss shares were trading around $3.50 each, giving the stereo headphone and speaker manufacturer a market capitalisation of less than $30m. A week later, the shares were trading at $64, more than 1,600% higher and representing a market capitalisation of almost $500m. Koss’s annual revenues are around $20m a year, and it is only marginally profitable, making the share price surge hard to justify. The surge has nothing to do with a short squeeze: Koss hardly had any shares sold short as at January 15 (the most recent date for which short interest data has been announced by the Nasdaq).

It would seem that Reddit’s WallStreetBets users were able to push the shares into the stratosphere due to the company’s small free float, since entities related to the Koss family own more than half of the shares. This left very few shares available to buy, a situation ripe for a share price spike.

The shares of companies with high short interest could be a good buying opportunity, but only if a turnaround in the prospects of the business are anticipated. For companies whose prospects continue to deteriorate, buying aggressively will leave you coming up short.

Reddit users wanted to stick it to hedge funds and short sellers. Their $23bn rebuke has rattled the big investors
Opinion
2 months ago

Retail mania will leave a crater — and enough anecdotes for another Big Money movie — ‘Wall Tweet’ or ‘Barbarians at the Game’?
Opinion
2 months ago