TELITA SNYCKERS: Where will the ANC be in 2025 — a Trumpian take on neoliberalism

It’s up to the ANC to craft a vision, a unifying strategy, with urgency. Because if it does not, we’re left with one faction that will quite literally abolish the constitution, overrule our Courts, and kill what few geese we have left laying golden eggs 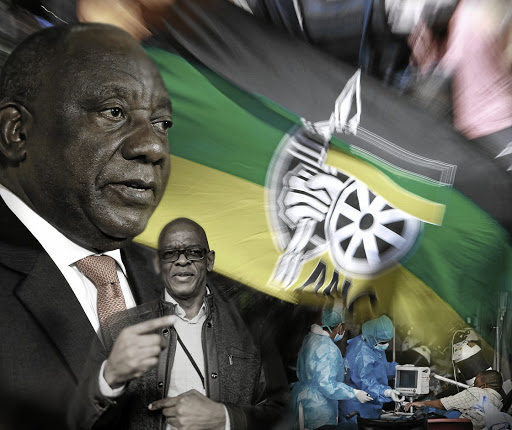 In October 2020, a faction of the ANC held a cadre summit, culminating in a document titled “ANC turnaround strategy 2025”. It was driven, in large part, by a cluster of retired generals, including former defence intelligence head Maomela “Mojo” Motau.

The document correctly states: “Never before has the ANC faced such a serious challenge of existential proportions.”

The brief succinctly captured a number of challenges facing SA: poverty; the growing income and wealth gap; the rise in unemployment; ballooning national debt; the continued economic marginalisation of the majority; disempowerment of the state; the weakening of state corporations; worsening crime; uncontrolled immigration; social unrest; and demoralisation.

Indeed, the authors acknowledge what many of us already know – that the ANC stands on shaky ground, that it has veered off course and lost its bearing, and that its political legitimacy has been lost.

In that context, a strategy for the turnaround of the ANC – and by implication the country – is both crucial and welcome.

A significant portion of the new “strategy” turns on the suggestion that all of our woes are the result of “neoliberalism” and “neocapitalism”. Indeed, it even goes so far as to blame these constructs for the high levels of capture and corruption we see, and government’s inability to uplift its citizens from poverty.

It does not suggest a philosophical or theoretical alternative to those market-orientated reform policies one typically associates with “neoliberalism”, like eliminating price controls, deregulating capital markets, lowering trade barriers and reducing state influence in the economy (all of which have done wonders for other economies, when not defiled by rampant corruption).

Instead, it rejects constructs that it believes perpetuates colonial domination and exploitation – what it calls the “game” of Washington Consensus.

A strategy of Trumpian sensibilities

It proposes a series of bizarre policy changes: remove private ownership of land outside municipal areas; suspend all applications for mining licences; prohibit the employment of foreigners; arrest unemployed people who fail to report to their local municipalities; require all foreigners to leave SA; focus on coal-based energy solutions; require a permit from the Reserve Bank to import consumer or luxury goods; limit the sale of gold, diamonds and platinum to the Reserve Bank; introduce a new currency for SA; and impose astronomical wealth taxes. That kind of thing.

And it urges the postponement of the upcoming municipal elections because, in its words: “In the previous elections we suffered a bruising hammering. The next turn around might be much more humiliating. The battering can actually spell the end of the ANC. We should reschedule the elections. We can in the process buy time to implement our programme and recover.”

And, as the icing on the cake, it takes issue with the fact that our courts are sovereign, and seemingly seeks to abolish the Constitutional Court.

It’s a strategy which evokes a Trumpian unwillingness to face up to the ANC’s own role in its demise, and the almost insurmountable challenges facing SA. Instead, it suggests that it was the ANC’s opponents who enticed the party’s members to engage in acts of corruption. It’s a bizarre leap of logic because, most commentators would likely argue, the ANC managed to find its way into corrupt deals quite successfully, all by itself.

On the edge of a precipice ...

There are many clear contradictions in the strategy too. For a start, the authors suggest that the ANC’s pronouncements have been reduced to mere political demagogy — and yet their very own strategy clearly does the same, by appealing to the desires and prejudices of the masses, rather than by using rational arguments.

If anything, this paper acknowledges what we already know: that the ANC has dismally failed and is facing a crisis. But it also highlights how fractured the ANC is, much like Donald Trump’s Republican Party, with fringe elements driving dangerous rhetoric low on science and high on populism.

And, like Trump, their strategy seeks to divide us, rather than unite us. It plays to society’s fears rather than to its dreams.

Perhaps the only way to counter this kind of populist, irrational propaganda is to replace it with something that crafts a vision for a better future – uniting us and leveraging our strengths to position SA as a player on the global stage, anchored in science and data.

It’s up to the ANC to craft that vision, a unifying strategy, with urgency. Because if it does not, we’d be left with a cabal that would abolish the constitution, overrule our courts, and kill what few geese we have left laying golden eggs.

*Snyckers is an independent illicit trade expert. Her exposé on the role of Big Tobacco in fuelling illicit trade — Dirty Tobacco — was released in May 2020. You can follow her on Twitter @telitasnyckers