Show me someone who says that they managed to forecast the 2020 playbook accurately, and I’ll show you a liar 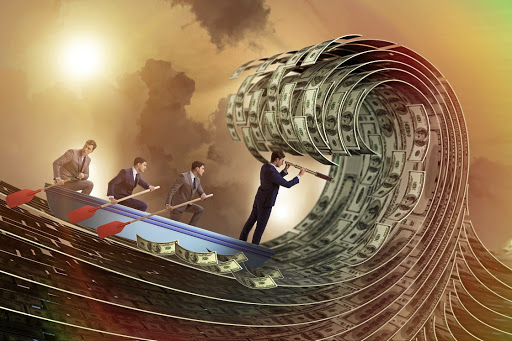 It’s that time of the year again, the time when you make new year’s resolutions, try to shake off that Christmas belly or join the gym — if only you could find one that is Covid-safe.

And if you work in investments, it’s the time when you expect every man and his dog to send you junk e-mails setting out their predictions for 2021.

Life is too short to review all the examples of market forecasts I’ve come across in the past few weeks, so let me quote only one.

Just before Christmas, I saw a tweet by the chief global investment strategist at Charles Schwab, promoting a piece titled "Top Five Global Investment Risks in 2021".

To which I responded by asking whether the company would be kind enough to confirm whether "pandemic" was one of the top five risks it had warned against 12 months earlier.

I received no response.

But it seems a fair guess that the answer would have boiled down to a negative.

Which leads to another obvious question: why even bother with these annual forecasts, if the past year has just shown that the very biggest risks and factors that move markets are essentially unforecastable?

Investor Nassim Taleb built a career on this very point, referring to unknown unknowns (as former US secretary of defence Donald Rumsfeld famously called them) as black swans.

In Taleb’s similarly named book, published in 2007, he tells about the time he attended a brainstorming session on risk that took place at the Mirage Hotel & Casino in Las Vegas.

The risk management procedures in place at the venue formed part of the agenda. As most would guess, these focused heavily on gambling activities. There were state-of-the-art surveillance systems to ensure that punters didn’t get away with cheating and to identify and ultimately control high rollers who could potentially cost the casino a fortune in a relatively short time.

With the benefit of hindsight, it turned out that the biggest and most expensive risks to the Mirage had nothing to do with the casino, however.

Heading the list was an incident in 2003 when entertainer Roy Horn was attacked by a tiger during a live performance. The show had been a major Las Vegas attraction for more than a decade.

This single incident led to losses of about $100m, none of which had been made provision for in any risk budgets.

It serves as a stark reminder: risk is what you don’t know.

But back to forecasting in the context of the coronavirus.

To be accurate, there was at least one organisation that correctly identified a pandemic as a relevant risk before Covid-19 even had a name. Exactly a year ago, in the week before the rich and famous descended on snowy Davos, the World Economic Forum (WEF) published its annual "Global Risks Report" for 2020.

The publication is based on a survey of 800 global leaders in business, government and nonprofit organisations.

If you scour this 96-page door-stopper, you will indeed find reference to "infectious diseases" as one of 30 risks listed. The report also scores both the likelihood and the impact of all the sources of risk it mentions on a scale from one to five. While a pandemic did make the top 10 in terms of potential impact, the chances of it actually happening were considered to be pretty negligible.

In fact, only two of the risks identified by the WEF 12 months ago were considered to be less likely than that. These were weapons of mass destruction and unmanageable inflation.

What makes things more interesting is that this report was in fact published after China had informed the World Health Organisation of a new coronavirus infecting more than 50 people in the city of Wuhan.

To be fair, though, I also saw the headlines coming out of China in January. And I witnessed the flow of news in the weeks that followed as the disease spread via the factories in northern Italy and the ski slopes of the Austrian Alps … and I also didn’t see a worldwide lockdown coming.

Show me someone who says they managed to forecast the 2020 playbook accurately, and I’ll show you a liar. Prediction is very difficult, especially if it’s about the future, as Nobel laureate Niels Bohr famously said.

So my advice to you is this: if you do come across the market forecasts of every man and his dog in the coming days, pay no attention. Except perhaps to the dog.

Value investing is a bit like wearing masks, and Brexit, and Donald Trump: it divides opinion
Opinion
7 months ago

What about the first derivative of gambling — in other words, betting on betting companies?
Opinion
8 months ago

People always find stuff to worry about, but the market seldom goes down anywhere near as much as they fear
Opinion
11 months ago
Next Article