Value investing is a bit like wearing masks, and Brexit, and Donald Trump: it divides opinion 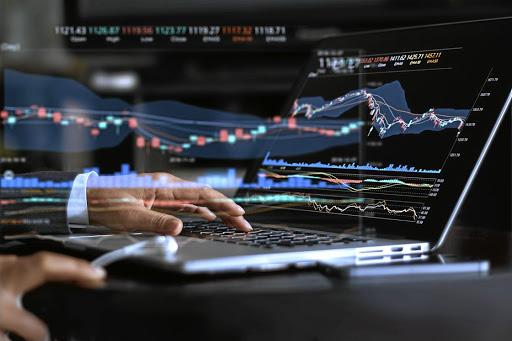 When the UK authorities approved the Pfizer coronavirus vaccine a couple of weeks ago, the government published guidelines for distribution in descending order of priority.

It reads a bit like a batting list, with those over the age of 80 as well as frontline health-and social-care workers opening the innings.

Barely a week after the vaccine had been approved, the NHS started administering doses to qualifying individuals.

One of the very first people to be vaccinated was an 81-year-old gentleman named William Shakespeare (yes, really).

Another was sprightly 91-year-old Martin Kenyon, who found instant fame when giving a straight-talking interview filled with humour and humility to CNN immediately after receiving the jab.

In Kenyon’s own words: "There’s no point in dying now, when I’ve lived so long, is there?" To which one can only say: touché.

And I do hope that his pension fund is in equally rude health.

Given my own relatively tender age, I only feature at number 8 in the batting order – which is also roughly when I used to walk to the crease back in my cricket playing days (I wasn’t much of a bowler either… don’t ask).

What this means, is that I probably won’t qualify for the vaccine for many months yet.

It’s still reason to celebrate though, and equity markets have certainly done so since early November when it started becoming clear that vaccines would soon be rolled out: the S&P 500, for example, added no less than 10.7% last calendar month alone.

Against this background, I saw a tweet with supporting graphs at the beginning of December, stating not only that global stock markets just had their best month on record, but also that this was in fact led by a late surge in value shares (which also enjoyed their best month ever). The upshot is that the S&P 500 is trading around another record high at the time of writing, up about 15% for 2020 to date.

Who would have thought that this was possible in a year in which the global economy has been largely shut down, with unemployment rising to the levels of the Great Depression?

But perhaps the most notable point is the one about the value style enjoying its time in the sun since the beginning of last month.

Value investing is a bit like wearing masks, and Brexit, and Donald Trump, and Manchester United: it divides opinion. You’re either for it, or you’re against it. Except that value has been doing so badly for so long, that you would probably have battled to find even one supporter of this investing style as recently as a couple of months ago … just like there’s nobody left today who ever voted for the National Party, or Brexit (or soon Donald Trump, mark my words).

Why has value started making a comeback? Simplistically, one could argue that it was bound to happen at some point: the valuation gap between the most popular growth names and the cheapest value stocks had gone too far. Some reversion to the mean was probably overdue; you can only stretch the rubber band so much.

Linking the timing of a pick-up in performance of value stocks to vaccines being rolled out also makes intuitive sense.

Take Disney, for example, a company that I’ve written about in these pages before. For much of the year, the stock was suffering, among other things, from the fact that there was no real possibility of the company’s multiple theme parks around the world re-opening, or ever being allowed to do so at maximum capacity. With an effective vaccine, the narrative has changed practically overnight, and prospects now look pretty rosy. As a consequence, the share price has bounced by more than 25% in little over a month.

Whether you’re a dyed in the wool value investor or a committed growth junkie, however, the bottom line is that it looks like 2020 will go down as another good year for global equities.

I can only hope that I’m not tempting fate when writing this in the first half of December: while the stock market typically does enjoy a Santa Claus rally, one has to remember that the exact opposite occurred as recently as 2018, with a major correction around Christmas.

The lesson from all of this, however, is that it generally pays to stay invested — regardless of the news flow.

Pity those who blinked at the bottom and sold their shares when the world locked down and markets went into freefall earlier this year.

If only there were a vaccine to protect against that kind of behaviour.

What about the first derivative of gambling — in other words, betting on betting companies?
Opinion
10 months ago

While Zoom happened to be a convenient platform, the counterparty was using the free version
Opinion
11 months ago

People always find stuff to worry about, but the market seldom goes down anywhere near as much as they fear
Opinion
1 year ago
Next Article