Of course, you could just hunker down and wait for the holiday season to pass — and plan an overseas trip for when global travel restrictions are lifted 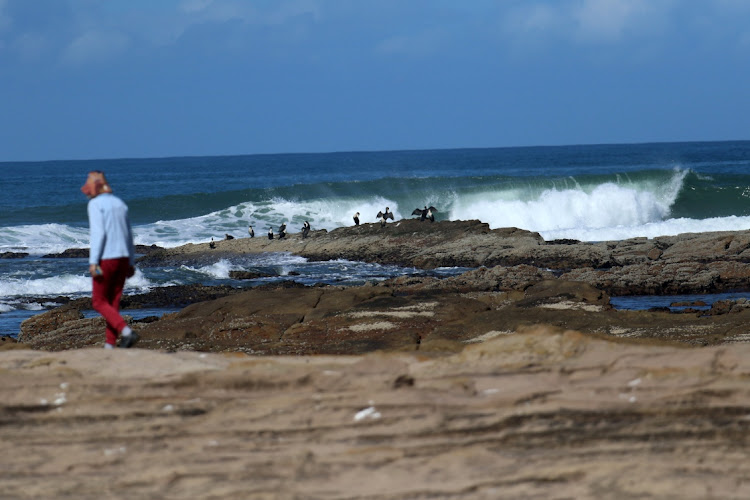 President Cyril Ramaphosa’s decision on Monday night to close beaches in the Eastern Cape and along the Garden Route is likely to have a devastating effect on tourism in those areas.

As it is, they were just beginning to show signs of life again after the economic devastation of the hard lockdown.

Until his announcement, it would have been almost impossible to grab a holiday pad in the Eastern Cape or Garden Route over Christmas or New Year. Notwithstanding SA’s rising Covid infection rate, popular coastal resort towns were booked to the brim for the next few weeks.

Gordon Schutte, Pam Golding Properties (PGP) principal in Plettenberg Bay and Knysna, tells the FM that the area was poised for one of its “busiest seasons ever’’.

He says: “Every day we are turning away holidaymakers — there is no accommodation to be had at any level.”

Then on Monday night, Ramaphosa announced that “in the areas with the highest rate of infection, beaches and public parks will be closed for the duration of the festive season from December 16 to January 3. This will apply to all of the Eastern Cape, as well as to the Garden Route district in the Western Cape.”

Now there may be a scramble for people to either postpone or cancel their holidays.

After a rough year financially, many South Africans had opted for a “staycation” at home anyway. But those with the means to escape many months of lockdown had planned to do so.

Holiday homeowners on the Garden Route were surprised that they didn’t even have to cut rental prices to fill empty beds. Schutte says there has been no drop in asking prices this year, with daily rates on a par with that of 2019.

The Eastern Cape, where all beaches are being closed until early January, will be badly hurt by cancellations.

Few expected this either. In the Eastern Cape enclaves of St Francis Bay and neighbouring Cape St Francis, PGP closed its December holiday bookings in mid-October.

PGP’s Richard Arderne says demand for holiday homes on the St Francis canals have exceeded supply, with daily rates of up to R15,000 being achieved.

Towns that rely on a steady income of overnight visitors travelling to the coast are also likely to suffer.

Anecdotal evidence suggests that B&Bs and other establishments that offer overnight stays around Colesberg, Graaff-Reinet and Beaufort West for travellers from Gauteng were also fully booked for the next few weeks.

The new curbs may see travellers switch their destination to the Western Cape which, inconsistently, will still allow beach access between 9am and 6pm.

Cape Town still has some accommodation supply left, given the virtual absence of foreign tourists, who traditionally make up a large portion of the Mother City’s summer rental market.

Ross Levin, MD of Seeff Atlantic Seaboard and City Bowl, says that while domestic demand in Cape Town has been strong, there are still short-term lets available. “Landlords are prepared to negotiate discounted rates instead of risk extended vacancies,” he says.

Still, a quick search on Airbnb shows there are hardly any listings (for a party of four) available on Cape Town’s Atlantic seaboard over the peak Christmas and New Year period for less than R7,000 a day.

Your options become a bit more varied at the upper end. For instance, those with R155,000 a night to splurge should check out this five-bedroom “French-inspired seaside villa” in Clifton, or this four-bedroom luxury retreat with all the bells and whistles overlooking Clifton’s second beach for R85,000 a night.

It is also unclear what the new rules will mean for airlines — including the new domestic airline Lift, launched by Gidon Novick, the founder of kulula.com.

Lift’s plan was to initially only operate short-haul flights between Joburg and Cape Town and Joburg and George. It has already apparently sold more than 30,000 seats since bookings opened in November, which is no easy feat given that 2020 is likely to go down as the worst year in the history of global aviation. Read more about Novick’s ballsy move in this Moneyweb report.

Of course, you could just hunker down and wait for the holiday season to pass — and plan an overseas trip for when global travel restrictions are lifted. For an intriguing look at inspiring places off the beaten track, consider these as destinations on the rise for 2021.

For real social distancing (and if you’re a sucker for adventure), there is the remote Katmai National Park in Alaska, which offers exciting brown bear sightings. The only way in is by boat or float plane.

Or dive to an ancient shipwreck in the underwater museum of Alonissos, Greece. Alternatively, discover mountains, beaches and waterfalls in the Caribbean’s Dominica, or hike among the nearly 300 glaciers that cover almost half of the Los Glaciares National Park in Argentina.

If culture is more your thing, you can revisit 500 years of Magellan’s Pacific legacy in Guam, relish relics of a golden age in Gyeongju in South Korea or attend the annual international jazz festival in Vitoria-Gasteiz in Spain’s tradition-rich Basque Country.

Being reinserted into a lockdown — albeit a far less intense version than we endured earlier this year — can be depressing, but if you use the time to plan a life-changing journey for a post-vaccine world, it’ll keep your spirits alive.

*Muller is the FM’s property writer

Urban planners, developers and real estate investors are already looking at ways to recycle what could become a growing tally of mothballed buildings ...
Opinion
10 months ago

What was a moribund coastal property market just a few months ago is, apparently, now booming
Opinion
1 year ago

Spur considers next move as loss in tax case shocks ...

EDITORIAL: Factionalism: does Ramaphosa understand the ...