The Treasury is budgeting for a three-year wage freeze while asking that across-the-board pay cuts be considered for all tiers of government, but that doesn’t mean these will take place 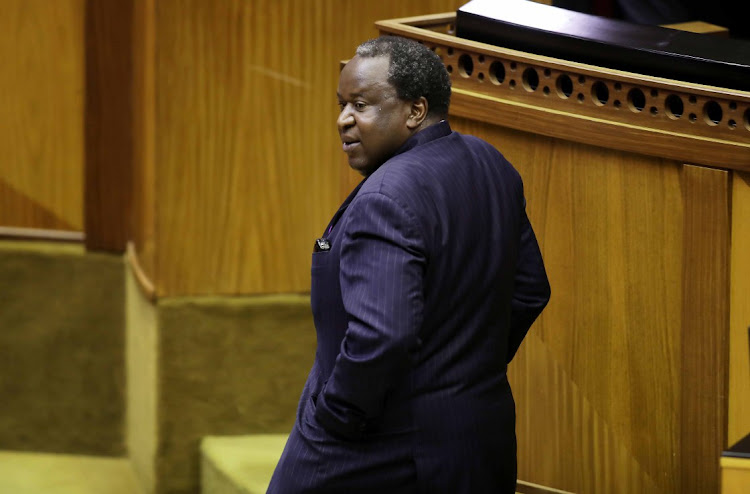 The medium-term budget policy statement (MTBPS) delivered by finance minister Tito Mboweni yesterday represents a valiant attempt by the National Treasury to steer SA away from the fiscal cliff. But even though it tried to do all the right things, what we’re left with is a deep sense of foreboding, since the execution risk is so high.

The problem is not that the pace of debt stabilisation has been eased to spread the pain of budget cuts over five years – not three – and that this spread means that SA’s debt ratio will now stabilise at 95% in fiscal 2025, far above the June target of 87% in fiscal 2023.

In fact, this was the better option, given that June’s “active” fiscal consolidation path was too ambitious to be politically plausible, especially at a time when much of SA is in socio-economic distress, caused largely by Covid-19. The June target would have required almost R400bn in expenditure cuts over the next three years, which would have imposed more hardship on society than a typical IMF austerity programme and dragged down economic growth. It wasn’t likely to be credibly achieved anyway — so there wasn’t a great deal of surprise when Mboweni watered down the spending cuts yesterday.

Still, the new plan is also tough, as it imposes R300bn in expenditure cuts over the next three years. But a strong positive element of this plan is that the brunt of these cuts will be borne by the public sector wage bill, rather than by capital expenditure, which will actually be increased.

In this sense, Mboweni can justifiably claim that his budget promotes economic growth while seeking to bring debt under control.

This is a decisive shift from previous budgets, in which wages were preserved at the expense of infrastructure and other spending. This 2020 MTBPS will be remembered as the one in which the Treasury finally grabbed the country’s wage bill by the horns.

The Treasury is now budgeting for a three-year wage freeze while asking that across-the-board pay cuts be considered for all tiers of government.

But just because the Treasury is budgeting for these cuts — which can be justified after years of above-inflation increases for civil servants — doesn’t make them plausible.

BUDGET ANALYSIS: It’s all about the wage bill

The trade unions will likely mount a vociferous pushback. And the political environment is hardly favourable, given that there are local government elections next year and a new ANC elective conference in December 2022.

Moreover, given that the next three-year wage agreement will be finalised only well after the February 2021 budget, uncertainty will continue to cloud the fiscal outlook for many months. This won’t exactly help lower SA’s risk premium or stimulate confidence and investment.

One of the critical questions posed during the MTBPS press briefing was whether Mboweni thought investors would attach much credibility to the plan, given the degree to which it relies on suppressing the wage bill.

“The key issue which confronts this country is [the need for] a mindset change,” Mboweni said. His argument was that SA is still behaving as if it is a wealthy country, whereas, in fact, it’s in a terrible bind.

“We can’t continue the same way when facing a debt ratio of 95%,” he added, “I’m warning you that if you continue in this direction, you are heading for a sovereign debt crisis.”

But much as the MTBPS tries to steer SA away from this eventuality by cutting spending growth in real terms – shifting the composition of spending from consumption to investment, and funding the president’s economic recovery plan – it fails to inspire confidence. How can it, when debt and borrowing will keep rising inexorably for the next five years while scarce resources will continue to be diverted into vanity projects like SAA, whose survival isn’t linked to reviving the economy in the slightest?

At this point, it’s fair to say, the risks are skewed to the downside. There is every likelihood that SA’s fiscal outcome will turn out to be worse than set out in the MTBPS.

Much hinges on how the wage bill dispute is resolved and whether economic reforms are urgently implemented.

If growth rebounds decisively, the fiscal framework may just hang together, but South Africans should brace for a rough ride. Either way, the next five years are going to be very bumpy indeed.

*Bisseker is the FM’s economics editor

It is likely that SA will fall down even further by at least by one notch, which will make the road back to investment grade even harder and longer
Opinion
6 months ago

PETER BRUCE: That screeching was Tito Mboweni hitting the brakes on promises to cut spending