BUDGET ANALYSIS: It’s all about the wage bill 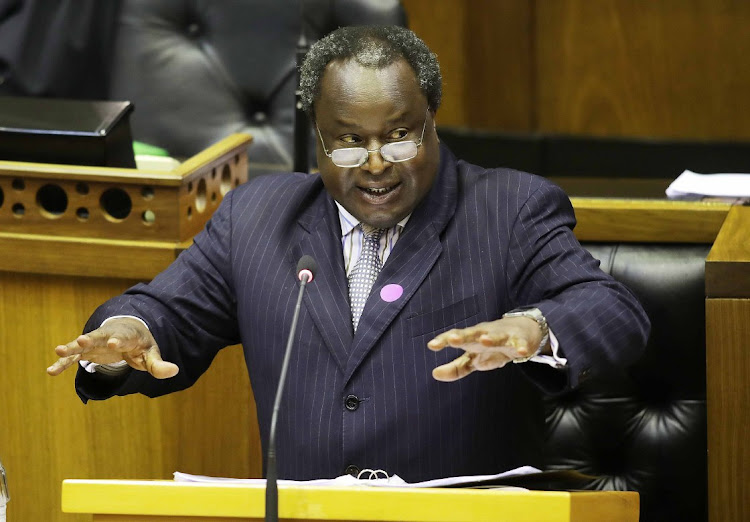 It all comes down to the wage bill — this is the inevitable conclusion we reached after wading through the latest medium-term budget policy statement (MTBPS) for an hour.

SA has been spending beyond its means for several years. Going into Covid, there was a general awareness that expenditure needed to be cut and growth boosted.

In June, four months into the Covid crisis, finance minister Tito Mboweni announced ambitious spending cuts of R230bn in the two years starting from April 2021. This was in addition to the R160bn in cuts to the projected wage bill already announced in February 2020.

Back then, Mboweni said that if these cuts were implemented, SA’s government debt to GDP was projected to stabilise at 87.4% of GDP in 2023/2024.

Fast-forward to Wednesday’s MTBS: at first glance, it looks like there’s been a fair bit of backtracking on the plans to cut spending.

Now, the peak in the debt-to-GDP ratio has been pushed out to 95.3% of GDP in 2025/2026. Overall spending is forecast to be cut by around R100bn less than was announced in June. And the National Treasury is forecasting interest costs to rise by R25bn – partly due to the higher bond issuance that will be required to fund the larger deficits.

The increase in noninterest spending — the “capitulation” — is now R77bn over two years. Given the sheer size of the funding requirement SA faces in the next few years, any slippage on expenditure is not ideal. Already, the cut in non-wage spending planned in June was likely to lead to a significant erosion in already weak service delivery.

The better plan is to reprioritise spending in the budget to improve service delivery and increase the social wage. (By social wage, we mean the services and amenities provided from public funds.)

As the presidential economic advisory council said recently: “Where tough decisions need to be made is wages. It will not be possible to shrink the deficit with our current wage bill.”

On Wednesday, the MTBPS added R160bn back to non-wage spending and compensated for that by planning even deeper cuts in the wage bill. Essentially, the MTBPS plans a flat government wage bill over the next three years.

Given the pressure on private sector wages through the pandemic, this step is exactly what is needed.

In the current fiscal year, about 60% of all taxes collected will go to pay public sector wages. In other words, 2.5% of the population will consume 60% of all taxes. Consider the trajectory too: in 2006, average public sector remuneration was just under three times per capita GDP, but this has now grown to 4.7 times. This divergence in growth, as the MTBPS notes, is not sustainable.

The trillion-rand question is whether there is the political appetite to hold this very unpopular line with public sector unions.

Mboweni adopted a conciliatory tone in his approach to the wage negotiations.

“We cannot expect our civil service to carry the burden of nation building alone. Consideration should be given to the proposal for across-the-board compensation pay reductions to management-level positions, across national, provincial and municipal governments, state-owned entities [and] all other senior public representatives,” he said.

Ideally, President Cyril Ramaphosa would look to consolidate government departments, thereby reducing the number of ministers and senior bureaucrats. That would go a long way to appease union concerns about fat-cat politicians and senior managers. But firing the politically connected may be even less palatable for the ANC than holding the line on wages.

The MTBPS attempts to be realistic about the spending cuts that can be achieved while holding a tough line on wages. With that combination, the MTBPS is solid — aside from the allocation of R10bn to SAA.

But if the tough line on wages collapses, it becomes impossible for SA to avoid the passive path outlined in Mboweni’s June supplementary budget. That path leads to failure, the spectre of prescribed assets, capital controls, debt monetisation and eventual default.

Still, there is a high road to be found in these numbers. Completely flat wages for four years are unlikely, but an agreement with limited slippage is likely to boost market confidence and lead to lower borrowing costs.

Going into the MTBPS, there was some hope that the Treasury would be able to reduce debt issuance in the coming weeks. Already this year, it is running ahead of issuance — and the expenditure changes mean that new debt issues cannot fall.

The implementation of some of the key reforms listed in the economic recovery plan – starting with the acceleration of the renewable energy transition and easing the cost of doing business — will boost confidence, investment and growth, while lowering borrowing costs.

Higher growth rates will broaden the tax base and ease the debt ratios. At least this year, revenues could surprise on the upside thanks to higher profits from the mining sector. Hopefully, this could allow for lower issuance.

Still, the risk is that the capitulation on SAA signals an inability by the government to take the difficult stance on wages. And if that were to occur, the reverse of a virtuous circle will happen rather quickly.

PETER BRUCE: That screeching was Tito Mboweni hitting the brakes on promises to cut spending