CHRIS ROPER: Covidiots, and the epidemic of ego

What sort of self-obsessed entitlement leads someone to refuse to wear a mask on an airplane — as happened on a FlySafair flight this week? 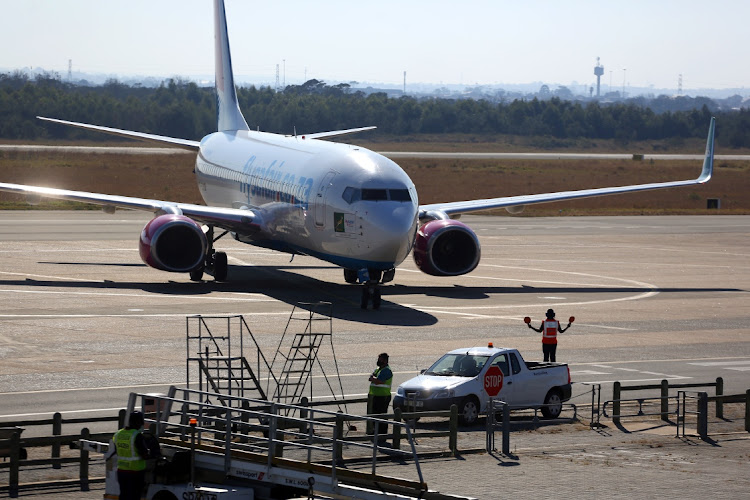 There have been a number of issues this past week that are worthy subjects for a column that deals with the outlandish, the enraging and the informative.

Internationally, there’s that comedy of egos that is the American presidential election, which appears to be some sort of karmic comeuppance for the decades of destructive election interference by the US in the ersatz democracies it has propped up to make its own look like an exemplar.

It’s a process fraught with the potential for disaster and derision alike. My fellow Third World Shitholians, this next bit is going to make you laugh: Kenneth Roth, the executive director of Human Rights Watch, has called on the world to be suspicious of the US election results.

“If you’re a world leader who cares about democracy, it’s essential to withhold recognition until independent election officials certify the results of the US presidential election,” he tweeted. “A premature declaration of victory by one candidate should be ignored.”

Oh, the deliciousness of it. And the Financial Times (FT) expands on this, telling governments they should “calmly wait as long as it takes for the extraordinarily complex, decentralised US system to produce a clear outcome”, and that “measured clarity from fellow democracies may contribute, at the margin, to a more civilised US process, and, more substantially, calm the international environment around this febrile contest”.

“Americans,” the FT tells us, “will need the support of other democracies if results are not immediately clear.”

Reading between the lines, and assuming that the FT expects other democracies to “support” them in the same way the US has demonstrated in the past, this is clearly an invitation for us to dip into the playlist of American interventions.

There’s a rich variety of options that we can choose from for “supporting” democracy in the US.

Noam Chomsky reminds us of some: “The US has blatantly interfered in the elections of many other nations, with methods that include not only financial support to preferred parties and the circulation of propaganda, but also assassinations and overthrows of even democratically elected regimes.”

Dov H Levin, author of a book on electoral interference, tells us in a USA Today interview that, between 1946 and 2000, America was the world leader in interfering with elections — 81 in total, followed by the Soviet Union/Russia with 36.

What might surprise you is that “Italy has been the top target of election interference, with 12 cases of interference since 1946 — most of them (eight) by the US”.

America was the world leader in interfering with elections — 81 in total, followed by the Soviet Union/Russia with 36.

So, yes, this is globally important, vital stuff. And I have expended quite a few paragraphs on it. But for some reason, and not an unrelated one, the story that made the biggest impression on me this week was the one about the man having to be put off a FlySafair flight because he refused to wear his face mask.

This is such an insane story. Why would anyone be so incredibly stupid? Though, let’s be frank, stupidity is pretty endemic.

One person responded to the headline “FlySafair Passenger who Refused to Wear Mask Ejected from Flight” by complaining that “ejected” is a click-bait term. Apparently, he had expected to read a story about how Fly-Safair had shot the man out of the aircraft from a high altitude, and he was disappointed when it simply meant the man had been removed from the plane (while it was on the ground).

A few months ago, I wrote about how speed bumps are a monument to the selfishness of people, and to the erosion of the generally agreed-upon mores that make civil society work.

How much more vivid a metaphor is the enclosed cabin of an airplane, where you are cheek by jowl with your fellow travellers, and where one person’s selfish and reckless behaviour can directly inconvenience, if not endanger, hundreds of people.

What sort of person is so entitled and arrogant as to refuse to wear a face mask for the duration of a 70-minute flight from Joburg to Durban?

Details are sketchy, and the most I could find online was a measured statement from FlySafair spokesperson Kirby Gordon. It suggests the man had worn his mask all through airport security, and then to board the plane, which seems to indicate there was no legitimate reason to suddenly refuse to comply.

My search did unearth another statement by Gordon where, in response to the death of a man on a FlySafair flight, he “described the incident as unfortunate”. Now that’s how you do understatement.

For a brief moment, contemplating the lack of investigation into the story by any news platform, I had one of those “Aha! The stuff the MSM [mainstream media] won’t tell you” moments. Then I realised this was for the best: the less we legitimise these sorts of selfish narcissists, the better.

But it is worth asking: how did we end up in a place where a man can apparently believe that his own personal choice supersedes what Gordon describes as both “a national law and civil aviation regulations”?

Let me tell you a story that is intended to function as both reproof and as a morality tale; as truth and as allegory.

Many years ago, I visited my grandfather in his house in Woodstock — a house he claimed to have paid £50 for in the days before the rand.

I found him lying on his bed, in considerable discomfort, wearing a suit. He had been lying there for two days, off and on, in too much pain to be able to take his suit off. He had slipped on the way to the shops the day before, and fractured his arm. He was wearing his only suit, the one we eventually buried him in, and the one he insisted on wearing, with a hat, whenever he walked down to one of the two neighbourhood corner cafés. Both were called Parkers, and he scrupulously divided his meagre business between the two.

For him, not wearing a suit when going to the shops would have been an insult to the shopkeepers, as well as to the community at large. He believed in playing his part in keeping civil society, well, civil.

That same impulse — the desire to not impose on people — is why he hadn’t asked anyone to help him get his suit off.

Now, I’m aware that this behaviour would be considered crazy in this day and age, and, to be honest, it was pretty crazy even back then.

But the contrast, between an old man who is willing to undergo all sorts of discomfort and inconvenience so as to contribute to the greater good, and the self-obsessed entitlement of a man who thinks it’s his inalienable right to have his needs take precedence ahead of the general good, couldn’t be more stark.

It ’s the same way the anti-mask idiots of SA justify their selfishness, with an appeal to constitutional rights and individual freedoms that is both a cheap counterfeit of American rhetoric, and a solipsistic misreading of our own constitutional rights. “Laws are only just laws if they’re not an inconvenience for me.”

Unhappily, the refusal to wear masks is just one manifestation of this contempt for their fellow humans.

Will we kill our future because we lack the courage to live now?
Opinion
10 months ago

One reason for the rise of the anti-maskers is the fact that this, a scientific response to a medical problem, has been hijacked by politicians, for ...
Opinion
1 year ago
Next Article

JOAN MULLER: Contradictions rife as government bans tourists from some ...

SARAH BUITENDACH: What the UK’s new Covid outbreak means for us, and anyone ...

JOAN MULLER: Contradictions rife as government bans tourists from some ...

SARAH BUITENDACH: What the UK’s new Covid outbreak means for us, and anyone ...