RAZINA MUNSHI: The former diplomat, imprisoned in China, who was told about Covid-19 for the first time 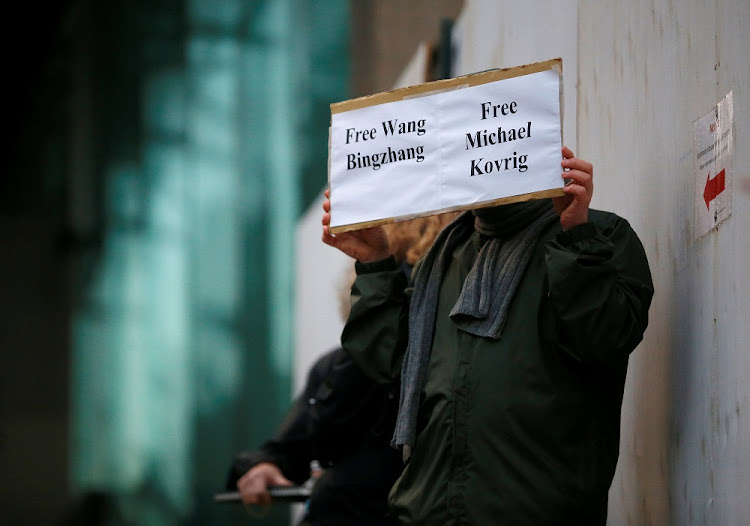 Do you yearn for the previous ignorance of the former Canadian diplomat imprisoned in China who has only just heard about the epidemic ravaging the world?

On the weekend, Michael Kovrig had his first contact with Canadian consular officials since January. His initial impression was that Covid-19, and its global spread, sounded just like a “zombie apocalypse movie”.

Kovrig is learning about a world where the virus is far from under control. Around the globe, rules have been relaxed and fresh lockdowns are losing their potency – governments that try to impose tougher restrictions on movement face a greater backlash than ever before.

On Friday the world hit a grim milestone: a daily record of 350,000 coronavirus cases, including 109,000 cases in Europe alone. The pandemic is still ravaging parts of the world.

Officially, more than 36-million cases of Covid-19 have been reported, including more than 1-million deaths. And this is a gross underestimate of the true extent of the pandemic. The WHO says as many as one in 10 people worldwide – roughly 760-million people – may have been infected.

Snippets of news from around the world paint a revealing picture of the state of the pandemic.

And yet Pfizer’s CEO has pushed back against claims by US President Donald Trump that a vaccine would soon be ready; while Trump shows the world a rank indifference towards the safety of others.

It is, in other words, a mess.

The Atlantic describes the pandemic as “an enigma unfolding in real time, where yesterday’s certitudes become tomorrow’s grave mistakes”. In an article that unpacks extremist ideologies (from the QAnon conspiracy theory to the surge in neo-Nazi sentiment) writer JM Berger discusses the attack on truth, its consequences for extremism, and our need to rebuild a social consensus.

Uncertainty that has been created by the combination of Covid-19, social media and Trump fuels extremism and warps reality.

“When people don’t know what’s real, they turn to others for reassurance. In a world overrun by social media that result in a smorgasbord of confusing and conflicting inputs, a problem deepened by Trump’s relentless assault on the very notion of truth,” Berger writes.

The New England Journal of Medicine has penned a succinct and scathing examination of the failures of the US leadership during the pandemic. US leaders “have taken a crisis and turned it into a tragedy”, it says. “Anyone else who recklessly squandered lives and money in this way would be suffering legal consequences. [US] leaders have largely claimed immunity for their actions.”

And, for first time in its 208 years, the journal endorsed a presidential candidate: Joe Biden. While it does not mention Biden by name, it urges voters to oust Trump from the White House, saying the election gives people the power to render judgment.

“Reasonable people will certainly disagree about the many political positions taken by candidates. But truth is neither liberal nor conservative. When it comes to the response to the largest public health crisis of our time, our current political leaders have demonstrated that they are dangerously incompetent. We should not abet them and enable the deaths of thousands more Americans by allowing them to keep their jobs,” it says.

It’s a damning conclusion. But leaders in the UK have come in for their fair share of criticism.

Last week, UK Prime Minister Boris Johnson argued that for those who think “everything can be funded by Uncle Sugar the taxpayer, there comes a moment when the state must stand back and let the private sector get on with it”.

Essentially, Johnson’s argument was that the state is going to stand back and let the private sector take the lead in creating new drugs and therapies to treat Covid-19.

Economist Mariana Mazzucato hit back in the Financial Times, saying the pivotal role of the state has actually been accentuated during the pandemic.

Mazzucato argues that any optimism about the private sector’s “rational interest” in competition and sales as a driver for innovation is misplaced. “The private sector has in fact been slow to respond to medical needs that are vital to public health but financially unattractive, [for example regarding] infectious diseases and antibiotics,” she says.

Meanwhile, governments and quasi-governmental organisations have provided close to $6bn of investment in the research, development and manufacturing of therapeutics, vaccines and diagnostics for Covid-19. At $1.2bn, the UK’s contribution is among the largest.

For a more entertaining rebuke, read the work of Guardian columnist Marina Hyde. “Without wishing to put the cat among the skunkworks, it’s almost as if the UK government can’t face any form of self-awareness,” she writes.

“Analysis-wise, we’re on the level of the armchair football pundit whose verdict is that England just didn’t play with enough ‘passion’ during the first wave. At the end of the day, the virus just wanted it more,” she says.

The spike being reported elsewhere shows that the world is nowhere close to beating Covid-19. That offers a vital lesson for this country to not let ...
Opinion
11 months ago

Based on estimates from SA Tourism CEO Sisa Ntshona, it could take anything between 24 and 30 months for tourism activity to recover to levels ...
Opinion
11 months ago
Next Article

How Covid changed the way SA handles its money

How Covid changed the way SA handles its money