GIULIETTA TALEVI: Why the markets will remain in a Trump storm for the next 27 days 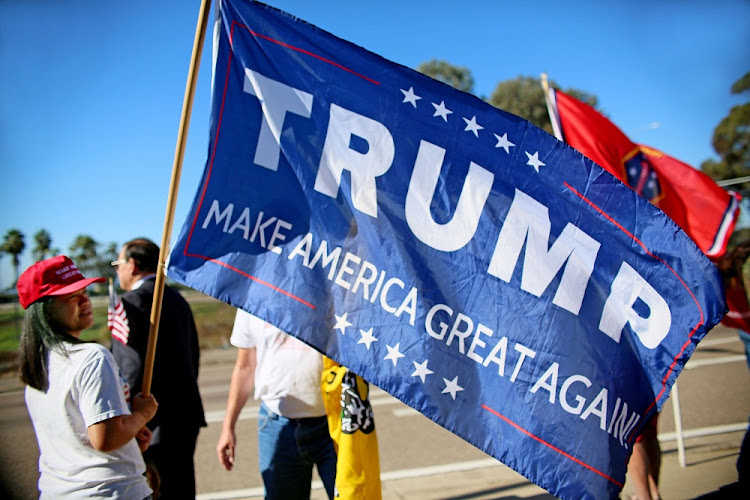 Just in case you thought investing in the stock market was the outcome of a series of careful decisions based on the fundamental analysis of balance sheets and income statements, we have two words for you: Donald Trump. Or rather, three: Donald Trump’s tweets.

Thanks to a firestorm of activity from the US president’s account these past 36 hours, markets have see-sawed dramatically.

First, markets pulled back sharply due to Trump’s decision on Tuesday night to cut off coronavirus-related stimulus talks until after the election. Almost immediately, markets then rallied after he called for separate bills from Congress to approve $25bn to help airlines, $135bn for small businesses, and a separate bill to authorise the payment of $1,200 stimulus cheques for individuals.

So, what’s going on here?

The underlying issue is that Democrats want a higher stimulus package — about $2.2-trillion — which would also be used to support local governments, while Republicans are balking at such a high bill.

It is, shall we say, a fluid situation — and Bloomberg and the Financial Times have you covered in this article and this article.

Perhaps the most worrying implication for sober-minded investors trying to gauge the mood of an erratic president is that markets are, quite simply, intravenously hooked on government stimulus — be it fiscal or monetary.

Which is why this article in The Washington Post is so fascinating.

In it, economist Steven Pearlstein has an interesting take on what may transpire on Wall Street after the election, if Democratic Party contender Joe Biden wins.

Pearlstein argues that Wall Street’s “wise guys” are unlikely to be overly rattled by a Biden victory in the short term (though longer term, maybe they should worry).

“The reason has partly to do with an excess of confidence in Congress and the Federal Reserve to borrow and print enough money to keep Americans employed and businesses from collapsing,” he writes.

“A Democratic president with a Democratic Congress is even more likely than Republicans to open the fiscal tap to put an income floor under every household and stimulate public and private employment through government spending and investment.”

It makes sense that that would keep markets humming.

But there’s a twist in his argument: namely, that a Democrat “clean sweep” next month might actually reverse the idea, which has become established thinking, that the only way to keep the economy competitive and growing is to put investor interests above those of everyone else.

“A clean sweep in November would almost certainly reverse that process, moving the country towards a different kind of capitalism … That prospect, however, is so outside the experience of today’s investors and business executives … that they cannot imagine it — let alone calculate how it might reduce the value of their shares.”

(As an aside, this would explain why the world’s über-rich are that much richer in a year that has been devastating for everyone else. Read the article explaining it, and weep (unless you’re a dollar billionaire).

Either way, Pearlstein reckons that we should expect the market party to continue, for now at least.

But, for at least the next 27 days, the ride is going to be wild. Strap yourselves in.

Ruth Bader Ginsburg’s passing marks not just the end of a long and brilliant career, it sets the stage for a monumental battle in US politics
Opinion
10 months ago

At the same time, fund managers are starting to bite their nails over 2020’s new tech bubble
Opinion
10 months ago

What was a moribund coastal property market just a few months ago is, apparently, now booming
Opinion
11 months ago
Next Article

EXCLUSIVE: No ministers are safe as Ramaphosa prepares ...