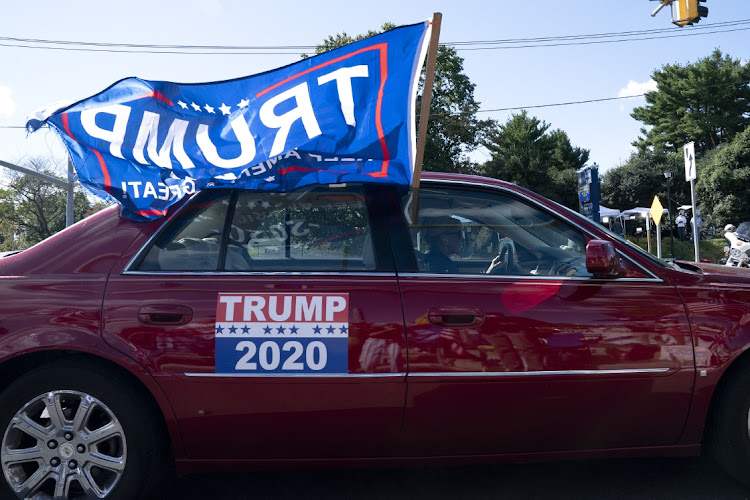 The actions of the US president are about as reckless as it gets.

On Sunday, Donald Trump, who tested positive for Covid-19 last week, should have been isolating. Instead, he thought a drive-by would be a good idea.

In a stunt described as “insanity” by James Phillips, doctor of emergency medicine at George Washington University – and an attending physician at the military hospital where Trump was treated — the president got into a vehicle with the singular intention of waving at supporters camped outside the hospital.

“Every single person in the vehicle during that completely unnecessary presidential ‘drive-by’ just now has to be quarantined for 14 days. They might get sick. They may die,” he wrote on Twitter. “For political theatre. Commanded by Trump to put their lives at risk for theatre. This is insanity.”

Later, Phillips added: “That presidential SUV is not only bulletproof, but hermetically sealed against chemical attack. The risk of Covid-19 transmission inside is as high as it gets outside of medical procedures. The irresponsibility is astounding. My thoughts are with the Secret Service forced to play.”

Other doctors agree. Baltimore’s former health commissioner, Leana Wen, said that if Trump were her patient, in an unstable condition and with a contagious illness, and he suddenly left the hospital for a car ride that endangers himself and others, “I’d call security to restrain him then perform a psychiatric evaluation to examine his decision-making capacity”.

Trump’s blunders explain why the US has botched its response to the pandemic so profoundly. To date, over 210,000 Americans have died of Covid and 7.5-million of its citizens have contracted it.

What Trump did this week is just the latest evidence that politics has triumphed over the duties of a head of state – he is desperate not to lose the November 3 election, yet his illness is robbing him of precious time on the campaign trail.

This is why there is so much miscommunication over his health: the White House is desperate to underplay the seriousness of the illness.

Perhaps predictably, it failed to conduct contact tracing or display any empathy for its staff.

On Sunday, the White House’s management office sent out its first staff-wide email since Trump tested positive. Bizarrely, the e-mail said staff should not contact the White House testing office if they have symptoms, according to CNN.

Still, the opaqueness shouldn’t come as a surprise. As this article from National Public Radio makes clear, few occasions of historical importance have been so shrouded in secrecy — and even outright deception — as the health emergencies of world leaders.

An opinion piece in The Guardian newspaper says the lesson to be learnt from Trump’s Covid diagnosis is that all the lies in the world can’t hold reality at bay. Author Nesrine Malik says that the gathering at which Trump and others may have contracted the virus felt not like a political event but “a ceremony of pure triumphalism”.

“Members of Trump’s inner circle glided through the party to honour his Supreme Court nominee, Amy Coney Barrett, with the ease and good cheer of a clique free of the restraints of public accountability or moral qualms,” she writes. “Ruth Bader Ginsburg was dead. They were going to force through their nominee. And the pandemic that ravaged the country beyond the pleasant vibes of the Rose Garden was not their concern.”

Unfortunately for Trump, the plot twist that followed will have deep consequences.

Malik says the world isn’t accustomed to Trump receiving censure for his actions. “His presidency so far has been a study in indifference — on the part of the Republican party and his wider supporters — towards any of his actions, no matter how immoral, dishonest, incompetent or even illegal. But there was something almost biblical about the hubris of that Rose Garden event — the pharaoh who believed he was a god flaunted his impunity, and was punished by pestilence.”

Still, you can expect little to change. She says this will not be a teachable moment for Trump or his party.

“There will be no humility, sobriety or indeed class on display. No respect for a nation that has suffered hundreds of thousands of deaths under a leader who mocked and berated those who wore masks,” she writes.

In a searing analysis for CNN Maeve Reston says that for much of this year, Trump has spun an alternative reality about the dangers of the coronavirus — disputing science, downplaying the risks and making false statements to the effect that 99% of Covid cases are “totally harmless” or that the virus “affects virtually nobody”.

“He encouraged his aides and advisers to live in that dangerous fantasy land, pushing his luck to the limits as late as this past week, when he again recklessly gathered thousands of unmasked Americans at his political rallies and packed the top officials in government into a Rose Garden ceremony for his Supreme Court nominee.”

The severity of Trump’s infection may be unclear. But from Trump to other leaders including Boris Johnson, Jair Bolsonaro and some in our own government, Covid-19 has merely highlighted that dangerous mediocrity in political leadership is global.

The spike being reported elsewhere shows that the world is nowhere close to beating Covid-19. That offers a vital lesson for this country to not let ...
Opinion
11 months ago

Based on estimates from SA Tourism CEO Sisa Ntshona, it could take anything between 24 and 30 months for tourism activity to recover to levels ...
Opinion
11 months ago

Vaccines, and any new treatment for the disease, are not likely to mean an immediate and straightforward end to all the effects brought about by the ...
Opinion
1 year ago
Next Article

ROB ROSE: How a judge stopped the government shafting the elderly during the ...

By the numbers: How Covid-19 has hurt the livelihoods of domestic workers

ROB ROSE: How a judge stopped the government shafting the elderly during the ...

By the numbers: How Covid-19 has hurt the livelihoods of domestic workers