US president looms large in a chronicle of a pandemic foretold 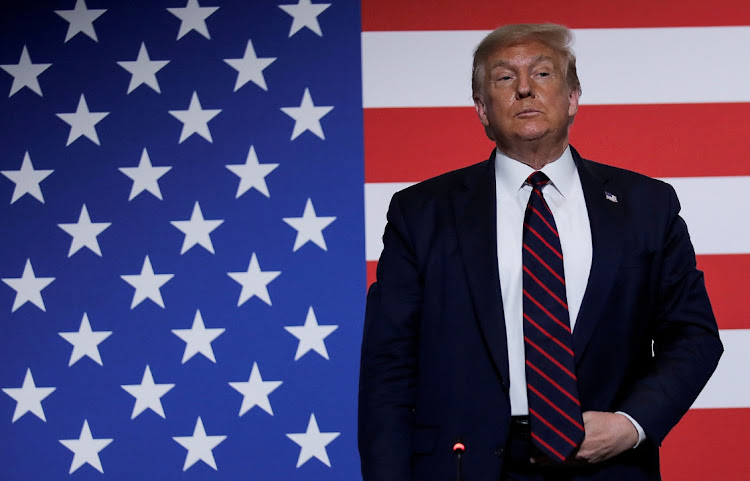 No-one likes to say, “I told you so”. Least of all during a pandemic.

In December 2016, a month before Trump’s inauguration as US president, Yong wrote a prescient piece in which he argued: “The question isn’t whether [Trump will] face a deadly outbreak during his presidency, but when? And, more importantly, how will he cope?”

Reflecting on that article now, Yong writes: “I suggested he would fail at diplomacy, close borders, tweet rashly, spread conspiracy theories, ignore experts, and exhibit reckless self-confidence. And so he did.”

In 2018, Yong penned another piece – this time an assessment of US preparedness for a possible pandemic. Again, he wrote of the importance of a leader “providing reliable information and a unifying spirit”.

Trump’s tendency to “delegitimise sources of information and readily buy into conspiracy theories”, he said, “could be disastrous”.

And here we are.

At the time of writing, the US has a total Covid case count of almost 5-million and has recorded more than 160,000 deaths. As Yong points out – that’s about 25% of global infections and deaths, for a country that’s home to about 4% of the global population.

In the face of a peak in new infections, and after nine consecutive days of a death toll above 1,000, Trump on Wednesday told his sycophantic friends at Fox News: “This thing’s going away like things go away.” (It is, of course, telling that Facebook and Twitter both pulled a clip from the interview in which Trump claimed children are “almost immune” to the virus, calling it misinformation.)

Yong’s point, in his latest Atlantic offering, isn’t that it’s all Trump’s fault.

In a longform masterpiece laced with cold, controlled anger, Yong unpacks the various factors that have undermined the US response: a chronically underfunded public health department; a bloated and inefficient health-care system; systemic racism; a “shredded” social safety net; misinformation.

He considers how social institutions have facilitated the spread of the virus: “sick buildings”, built for efficiency rather than people; overpopulated prisons (the US has five to 18 times more prisoners per capita than other Western democracies); neglected nursing homes and long-term care facilities.

He explores how Covid “found, exploited and widened every inequity the US had to offer”.

It includes the elderly, who are relegated to “acceptable losses”; women, who are at higher risk of losing jobs, burdened with additional domestic care, and facing increasing levels of domestic violence; xenophobic attacks on Asian Americans; and the racial disparities that have both increased the burden of disease in black communities, while prejudicing their access to health care.

Trump – who is called “a comorbidity of the Covid-19 pandemic” – is inseparable from, and in many instances central to, his government’s failings.

In a 212-word sentence, Yong eviscerates the president, laying bare his flaws. He tells us, for example, that we shouldn’t be shocked that “a racist who gave birth to birtherism would do little to stop a virus that was disproportionately killing black people”, or that “a president who has been shielded by his party from any shred of accountability would say, when asked about the lack of testing, ‘I don’t take any responsibility at all.’”

If you’re in any doubt about Trump’s easy cruelty, his abject idiocy, or the flexibility of his truth, his other interview this week – with Axios’s Jonathan Swan – will dispel that. The interview aired on HBO and doesn’t seem to be available free-to-view in SA, but a transcript is available here. If anything, reading Trump in his own words evokes more powerfully his fragile ego, bombast and utter incoherence. It offers a view of the full gamut of Trump’s chaos.

Trump: And there are those who say you can test too much. You do know that.

Swan: Who says that?

But Trump has moved on already: “What testing does...” he mutters.

There was the callous too: When asked about being “in control” of the virus, Trump prevaricates, speaks of 1917, points to how dire the situation is elsewhere, pounds his chest about “beating China” in the trade war, meanders into his rally in Tulsa (“highest rating in the history of Fox television Saturday night”) and finally says: “I think it’s under control”.

Swan: How? One thousand people are dying a day.

Trump: They are, that’s true. And it is what it is.

And there were the oblivious:

Swan: Do you find his [American civil rights leader John Lewis’s] story impressive?”Trump: He didn’t come to my inauguration. He didn’t come to my state of the union speeches, and that’s okay. That’s his right. And again, nobody has done more ... for black Americans than I have.

It’s asinine in the extreme – and downright delusional.

And it would be funny, were it not for the power that Trump wields as president of the US – as Amy Davidson Sorkin argues in this New Yorker piece on Trump and the danger of his ideas.

Sorkin points out: “When Trump was elected, there was, in some quarters, a view that, since he is an empty man of no real principles, his presidency could actually be less of a catastrophe than it might seem. Experts would lead him to a place of less harm.”

One need look no further than his antics on the international stage – a trade war with China or ramping up tensions with North Korea or Iran – to see how wrong that view was.

If Republicans thought they had secured themselves a pliable, puppet president, they got something far worse – and much more dangerous: a loudmouthed, warmongering, dimwitted windbag with a delusional belief in his own prowess, and a callous disregard for everyone else.

Pity the rest of us too.

SHIRLEY DE VILLIERS: Virus takes to the skies as Africa reels. Will the bad ...

SHIRLEY DE VILLIERS: Virus takes to the skies as Africa reels. Will the bad ...