Lockdown decisions are political choices, made because the ANC is politically weak 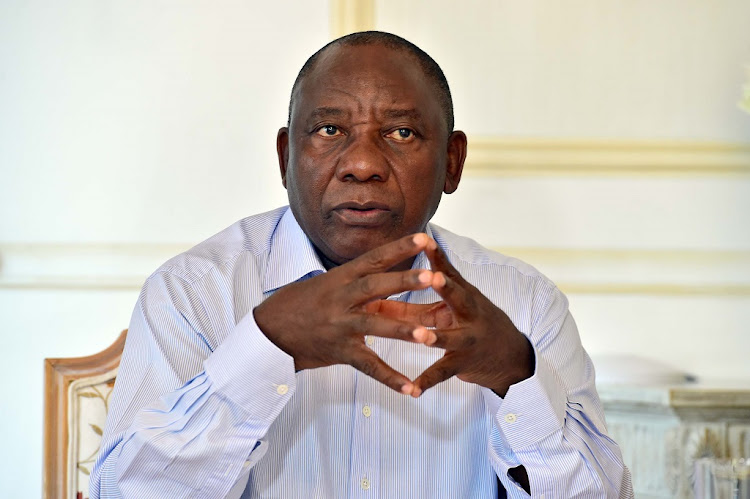 The chair of Remgro was referencing the cognitive dissonance implied in the fact that taxis are packed, yet restaurants are collapsing all around us, and the government is demanding billions for a new airline, yet it has closed down industries, banning alcohol and tobacco sales.

Rupert’s point is that logically, none of this makes sense.

But the contradictions in the lockdown rules speak to a far cruder political calculation.

The ANC was advised on two things by the Ministerial Advisory Committee (MAC) – the group of doctors and scientists advising the government on Covid-19 – insiders tell the FM: first, if you’re serious about limiting infections during the peak, you can’t afford to have taxis at 100% capacity; second, the science says schools should, largely, be kept open.

And yet, President Cyril Ramaphosa’s decisions on both those issues, alarmingly, appear to have gone against the advice of the scientists. How could this be?

Lumkile Mondi, economics lecturer at Wits University, told the FM yesterday that it’s simple: these were political choices, made because the ANC is politically weak.

“Ramaphosa, in the face of failure, is closing ranks and building alliances with the taxis and others, reinforcing divisions in our society to keep the ANC in power.”

It creates manifest absurdities, as The Economist pointed out last week when it said: “SA has reopened casinos, but only a fraction of classrooms.”

Ralph Mathekga, one of SA’s foremost political analysts, says this is a “comic and tragic case”, reflecting how little control the government really has. “The government cannot tell anyone to stop doing anything, except for pleading with various groups not to take the fight too far, to save lives,” he tells the FM.

This seems clear with the taxi industry. After the government said taxis could only be filled to 70% capacity, the SA National Taxi Council said on June 29 it had instructed its members to defy this. “All taxis must load 100% capacity, whether the minister approves or not,” it said.

Transport minister Fikile Mbalula was just about impotent: he went from shaking his fist to threatening to that “we’re not afraid” of the industry. Then, on July 12, Ramaphosa backed down, announcing taxis would go back to 100% capacity.

This shows, Mathekga argues, that the government “has lost control”. It’s a point underscored by the closure of schools last week.

Not what the scientists advised

The fact is, parents and teachers are justifiably worried: our knowledge about Covid-19 is incomplete, and teachers are getting sick. Had we not shut down schools in March, now would have been a better time to do that. But having lost 50% of the school year, we risk retarding children’s development until 2023 at best, say Stellenbosch University academics.

As uncomfortable as it might seem, the science actually supports the fact that children should remain in school, which should have safety protocols in place.

“Those under 10, according to British figures, are 1,000 times less likely to die than someone aged between 70 and 79. The evidence suggests they are not especially likely to infect others. In Sweden, staff at nurseries and primary schools, which never closed, were no more likely to catch the virus than those in other jobs,” it wrote.

But closing schools leads to children dropping out — 10-million across the globe, according to charity group Save the Children. And in SA, there are 974,000 children under the age of six in single-parent homes, who may now be left unsupervised when their parents head to work.

So why was this decision taken in SA?

In the Sunday Times, Gauteng’s MEC for education, Panyaza Lesufi said the MAC recommended that “we need to close schools to manage the virus”.

Really? That seems pretty unlikely, given that on eNCA last week, the chair of the MAC, Prof Salim Abdool Karim, said: “I’m not sure right now whether there’s any part of the country that I would recommend children should not go to school”Abdool Karim said if the protocols are followed, school can actually be one of the safer places for children. “We haven’t found clear-cut evidence of transmissions occurring in schools. In fact, most of the infections among teachers in school actually come from teachers bringing it from outside.”

In the Sunday Times, Lesufi was asked why Abdool Karim would say this if the MAC actually supported closures, as he said. Lesufi’s response: “It’s not for him alone to say, he works with a collective … his team has recommended that schools must close.”

Not true, one member of the MAC told the FM yesterday. Another agreed, saying: “The scientific community, by and large, advised against the closure of schools”.

One reason kids should go to school, he said, is that Covid-19 may be with us for years — and schools will have to open at some stage. And, he said, children who tested positive for Covid-19 had got the virus in their community — not at school.

The inference is clear: while the scientists advised against it, Sadtu, as the main teachers’ union in public schools, leant on Ramaphosa to close schools. This would explain why private schools were conspicuously absent from the announcement on school closures.

It would, of course, be indefensible for politics and the ANC’s interests to trump the interests of SA’s 12-million children.

But this, sadly, wouldn’t be new. Back in 2016, a seven-member ministerial task team report, looking into the selling of teaching posts by trade unions, found that Sadtu had “captured” six of SA’s nine provinces. It was only in the Free State, the Northern Cape and the Western Cape that the education departments, not the unions, were still in control.

It meant the education department was unable to “develop an effective educational system” as teachers, principals and officials were there because of union loyalty — not merit.

Sadtu, in other words, put its interests before that of the country. Sound familiar?

The ANC doesn’t seem to have the will, or maybe even the political clout, to tackle the teachers’ union, just as it doesn’t with the taxi industry.

So was Ramaphosa’s decision on the taxis based on any scientific advice? Did the ministerial committee say it would be safe? Well, what do you think?

One of the doctors on the MAC tells the FM: “We told them to leave the schools open and not fill the taxis. They didn’t listen. It wasn’t the first time either — they take advice as it suits them.”

As Dr Francois Venter, a member of the MAC, told Business Day about full taxis: “I can’t think of a more efficient way to spread the virus … I don’t know who is making government’s final so-called science-based decisions. No-one I know is behind the taxi or school decisions.”

This appears to put Mbalula on the spot for arguing, unconvincingly, that the decision came from the health experts. Who are these “health experts”?

Had the government closed schools, and kept taxis at 50% loading and below, it could at least have argued it was taking coherent and conservative approach. But the contrast is blinding.

The truth, it seems, is that politics, not safety, was paramount. Which underscores Mondi’s final point: “The emperor is naked.”

Researchers say it is a setback for SA’s education trajectory and threatens to leave 974,000 children under the age of six without supervision as ...
Features
11 months ago

It’s ironic that, from Monday, schools are closed – yet taxis can roam the roads with full loads. Sure, the children are the future, but does that ...
Opinion
11 months ago
Next Article