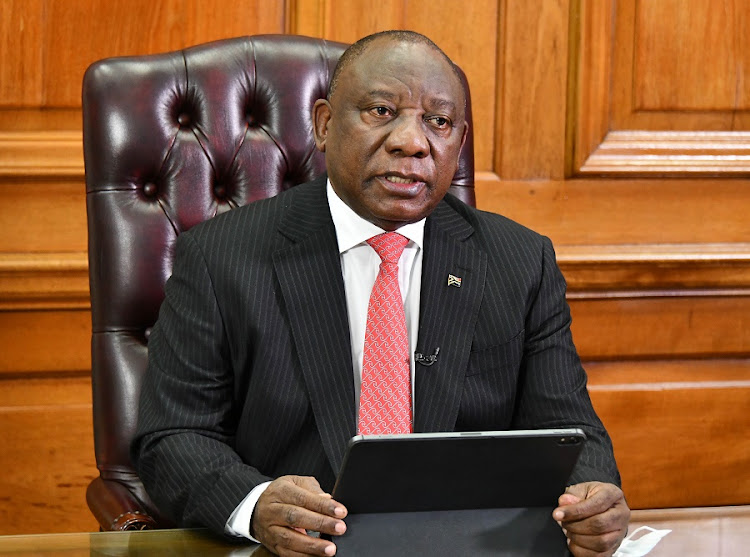 In the mists of Covid Mordor, it’s sometimes hard to tell whether our government is callous or inept. A series of incidents concerning the restaurant industry this week suggests it’s both.

At lunchtime on Wednesday, restaurateurs and service staff around SA took to the streets to protest the crippling effect lockdown regulations are having on the industry. If shuttered shops in Joburg’s once bustling restaurant strips don’t convey the full horror, Stats SA’s preliminary figures for the nonretail food and beverage sector, released on Monday, are sure to.

In May – when the government decided hot-food sales were allowed for delivery – income for the sector dropped 88% year on year. Restaurants and coffee shops were down 98%. The sector’s takings fell from R4.54bn in May 2019 to R547.6m in May 2020.

Since then, the government has made restaurateurs jump through all manner of hoops in the hope of keeping their doors open.

A chef at Rocket, a restaurant in Parkhurst, Johannesburg, holds a banner during a protest organised by Restaurant Association of South Africa to protest against the national lockdown regulations.Picture: Luca Sola / AFP

As Wendy Alberts, CEO of the Restaurant Association of SA, told Business Times: “We are full sit-down restaurants, but then we had to become a delivery service … Then it was delivery and takeaway. Then [the government] said don’t worry, you can turn into a bottle store. And then they said, OK you can finally open for sit-down, but you have to be a coffee shop. And then we had coffee shops serving dinner and they said you can’t do that anymore.”

The reintroduction of the ban on alcohol sales last Sunday, along with the imposition of a curfew, is, Alberts said, “the death of dinner”.

So you can understand that the 800,000-odd individuals whose livelihoods depend on the restaurant trade are beside themselves – as are the estimated 1-million across the liquor industry. And, for that matter, so too are the roughly 300,000 people in the tobacco industry, which hasn’t been able to trade locally since late March.

Not that the government has shown itself to be much concerned by their plight. The reintroduction of the alcohol ban came without any industry consultation. And attempts by the sector to communicate with the powers that be through the correct channels have reportedly been met with a stony silence. Sasha Planting gives a great overview of the state of the sector, and its attempts to meet with authorities, here.

And yet, while proprietors and service staff were out in the streets trying to get the government to notice, some functionary manning the government’s Twitter account saw fit to tell us: “The ban on the sale of alcohol and cigarette [sic] will remain in place throughout the lockdown period. The purpose is to save lives and protect the health and well-being of our people. #AlcohoBan [sic].”

Given that the “lockdown”, in theory, exists until level 1 has been lifted – and given the number of permutations that have been built into level 3 alone – that could leave the affected sectors languishing into the new year.

That would be a death knell for these businesses.

Just over four hours later, another functionary seemed to have wrested control of that Twitter account and we were now told the earlier message was “incorrect”.

“The sale of alcohol and tobacco products is prohibited under the current level 3 regulations … This decision may be reviewed at any time by the relevant structures should the conditions which necessitated it change. We regret any confusion the tweet has caused.”

Then, later, the kicker: the suggestion that the ban would be in place “throughout the lockdown period” was actually taken verbatim from “a government fact sheet”.

In a WhatsApp shared on Twitter, government communication & information systems director-general Phumla Williams reportedly said: “Fact sheets are internal documents which are not publicly shared. We therefore do not know how this particular document got into the public domain. Government reaffirms its position that the prohibition of sale [sic] of alcohol and tobacco products remains under the current level 3 regulations.”

Either way you look at it, this is dismal.

We can’t possibly know which, because this is yet another instance of unacceptable opacity around decision-making. Which is why, at this point, decisive leadership would be a nice change.

Would the real state president please stand up?

Amid the carnage in the hospitality industry – and snafus in government’s communications – Ramaphosa is seldom seen.

Were it not for his earnest missives to the nation, and a brief appearance on Thursday night in which he studiously ignored the hospitality industry, one might wonder whether he’s properly AWOL.

In his letter to the nation this week, Ramaphosa wrote of the “silver lining” of the pandemic: South Africans may have lost their jobs — but, hey, they’re entrepreneurial, so they’re finding ways to create their own income. Good on them.

Only, there’s a bitter irony in Ramaphosa extolling the virtues of entrepreneurship and the importance of small business when his government is throttling just such enterprises in the hospitality sector. As an open letter from The Restaurant Collective pointed out, most businesses in the sector are SMMEs. And Distell MD Richard Rushton told Bloomberg in May that as many as 80,000 small businesses in the alcohol value chain were facing collapse.

In a further fit of disingenuity, Ramaphosa writes that we’ll need a “social compact” to enact the government’s “vision” and “strategic plan” — a sentiment he repeated in his address on Thursday night. It has never seemed an emptier sentiment, given how his government has squandered its social capital during this lockdown.

Perhaps, as Alexander Broadbent argues in this article on The Conversation Africa website, “it’s time to let the people have a go” at managing Covid.

Drawing on the lockdown experience of communities in different countries, he argues that the government should be “asking people in different parts of the fantastically complex mosaic of SA society to participate in coming up with solutions”.

It’s worth reading Broadbent’s article alongside this one by Steven Friedman, which looks at how the government set itself up for failure by trying to emulate the West, instead of taking the inequalities and particularities of the local landscape into account.

For Broadbent, the solution lies in asking communities to develop solutions for themselves, based on their circumstances, means and imperatives.

“The leaders have had their chance. It’s only fair that the people have a go,” he writes. “It’s unlikely they will perform worse.”

Coronavirus horror is worse than we thought
Opinion
9 months ago

#JobsSaveLives: Restaurant industry, on a precipice, protests against crippling ...

WATCH: SA’s tourism on its knees — what happens next?

It's the death of dinner, say despondent restaurateurs

PETER BRUCE: Would I back Cyril again under the same circumstances? Yes, I would

#JobsSaveLives: Restaurant industry, on a precipice, protests against crippling ...

WATCH: SA’s tourism on its knees — what happens next?

It's the death of dinner, say despondent restaurateurs

PETER BRUCE: Would I back Cyril again under the same circumstances? Yes, I would