BRUCE WHITFIELD: An open letter to my fund manager

The way I see it, the fees you have charged over the lifetime of my investment have come pretty close to the returns I have made, which means I am getting nowhere near inflationary growth, despite what you’re charging me and thousands of others who’ve entrusted their money to you 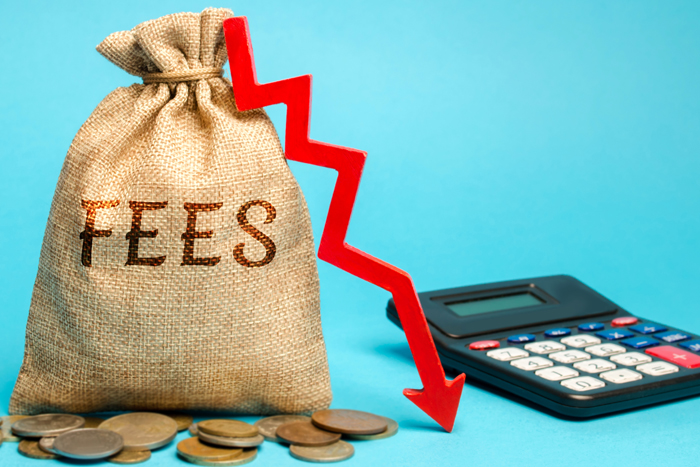 Forgive me. That was a slip of the keyboard. I meant “Fund Manager”. But my backspace key seems stuck, so that terrible Freudian slip looks like it’s going to stay there.

It’s the middle of July, and I was wondering when you were going to get around to giving me my latest quarterly investment update.

The last time you communicated it was to tell me that the value of my meagre retirement savings had fallen in a heap, but I should stay calm and composed, and luckily I did, because I suspect there has been a solid recovery and I might be where I was before the crash.

But I am not sure that that’s good enough. Because it is precisely what the index has done. With zero input from you.

I know the 2010s have been the suckiest decade in most of our lifetimes in terms of GDP growth. It’s the worst decade in living memory for most of us. The SA economy was just 16% bigger at the end of last year than it was in 2010. It is, obviously, pathetic.

I miss the first decade of the 21st century, when our GDP shot up again by nearly 40% and the country created jobs and built up reserves and there were budget surpluses. Ah! Those were the days.

The 2010s should have been a dream decade. SA had all the goodwill of the soccer World Cup behind it, and, with the global recovery in full swing, should have capitalised on the opportunities this brought. Instead, it will go down as the decade in which the future was stolen.

I get all of that.

But I am still not happy with my returns — and that is on you. Well, actually it’s on me too, for believing you would do better than the market.

I have heard all your reasons for why returns have been poor: it’s the economy; it’s the politics; it’s the fact that you are limited by the amount you can take offshore.

But I have been to your presentations in which you tell me that as a South African of middle class means, I really don’t need offshore exposure as 70% of the profits of top 40 companies come from global sources anyway.

I have been told that you can’t outperform an index that is so overwhelmingly weighted to Naspers and Prosus, because your risk metrics mean you have to cap single-stock exposures. I have heard you complain about regulation 28, which restricts the amount of money you can invest offshore on my behalf. I have tried to read your analysis of what went wrong in the past quarter; but I know that stuff already.

So let’s change it a little and let me ask you some serious questions. Here goes:

I’m especially keen on an answer to the final part of that question, but if you know the one about the future, do share that one too.

The other day I was googling and came across a book with a fascinating title: Where are the customers’ yachts?

I don’t suppose you’ve read it?

The title comes from the observations of a visitor to New York more than a century ago when he was shown a yacht basin full of beautiful boats. After being told they belonged to wealthy Wall Street financiers, he asked the question: “Where are the customers’ yachts?”

That’s where the catchy title comes from. If you want a copy, it’s freely available. Written by a man called Fred Schwed, in 1940. It turns out they had the same problem back then, they just didn’t have an alternative.

I have no problem paying for your expertise, provided I can see the value.

But the way I see it, the fees you have charged over the lifetime of my investment have come pretty close to the returns I have made, which means I am getting nowhere near inflationary growth, despite what you’re charging me and thousands of others who’ve entrusted their money to you.

There is another way

I am looking at the example of “Julia”, whom I first met four years into her investment journey, eight years ago. She started with a lump sum of about R60,000 she had saved up, and in 2008 committed to investing about a third of everything she earned in index funds, with most of it just going into the Satrix 40.

Every year since then, I have interviewed her on my radio show, and I’ve watched her remarkable progress in the corporate world from someone who earned R300,000 a year, drove a Corsa Lite and rented a one-bed flat, to someone earning over R1m a year before she opened her own business in January.

By and large, Julia stayed true to her commitment. She invested a third of her salary, paid about a third in tax and lived off the rest of it, including enjoying annual overseas holidays, regular meals out and, generally, living a great life.

Every personal finance book you read, in fact, boils down to the same thing: spend less than you earn and invest regularly, over long periods of time, through good times and bad. Do this and you will be rewarded.

Julia did precisely that, and the value of her investment portfolio grew. She fell in love with a man with similar ideas about money, eventually married him and kept on investing.

She stopped adding to her local investment portfolio in 2017. By then she had put away about R2.1m. She’d bought a house, upgraded the car and had two children. She paid off the bond on a Sandton house in five years, and set about putting the rest of her money in offshore index funds. She won’t tell me how much it is, but it’s embarrassing enough a number for her to not want to disclose publicly.

Julia wanted financial freedom by the time she was forty. Covid-19 is slowing her down a bit, but she has a very strong base from which to work.

As for her SA portfolio, the R2.1m she invested has compounded over time. The value of the investments in 2018 was at about R4.7m. She added nothing the following year, probably spent an hour online tweaking a few things, and earned R300,000, taking the portfolio to just over R5m this time last year.

I chatted to her again last week.

The value of the portfolio is still around R5m. She did look at her investment in April and noticed about R1m had been wiped off its value, but it has since rebounded, like my more modest investment, to pre-Covid levels.

But the difference between Julia and me is that she has been paying considerably lower fees, which means that more of her money has been invested in markets for longer periods of time, which means her outcome is considerably better than mine.

That, right there, is the power of the index fund. Lower fees mean more of her money works for her, rather than for you.

And please, don’t take this personally. I would happily pay you fees if you were doing much better than the index, but you are not. And this is despite all your careful risk-management, portfolio-balancing, box-ticking smart ideas that look so good when you talk about them but, when it comes down to performance, actually suck.

The fact is, I am really worried about the future. Not just in SA, but everywhere.

A growing number of countries are run by crackpots and too few companies are gaining too much power over data and its analysis, and their valuations now are also disproportionate to the rest of the market.

I am wondering, therefore, how you are going to try to convince me that I need your help to navigate this mess, because I am not certain that your understanding of the world is that much more evolved than mine.

Anyway, nice chatting, and thanks for listening. Please don’t barge my little rubber dinghy out of the way as you pilot your 40-foot yacht past me in Table Bay one day.

Remember, I helped pay for it.

*Whitfield presents the Money Show on Radio 702 and is the author of ‘The Upside of Down: How Chaos and Uncertainty Breed Opportunity in South Africa,’ released in May.

Investment adviser Magnus Heystek has been telling anyone who’ll listen to ditch SA stocks and push money offshore. It’s a message that sits badly ...
Features
10 months ago
Next Article

MICHEL PIREU: On irrational behaviour and the large role it plays in investment ...

MICHEL PIREU: On irrational behaviour and the large role it plays in investment ...