For years, SA’s politicians have squandered the country’s resources and, while Covid-19 has laid bare just how ill-equipped they are to actually provide any real service, South Africans are now sick of it 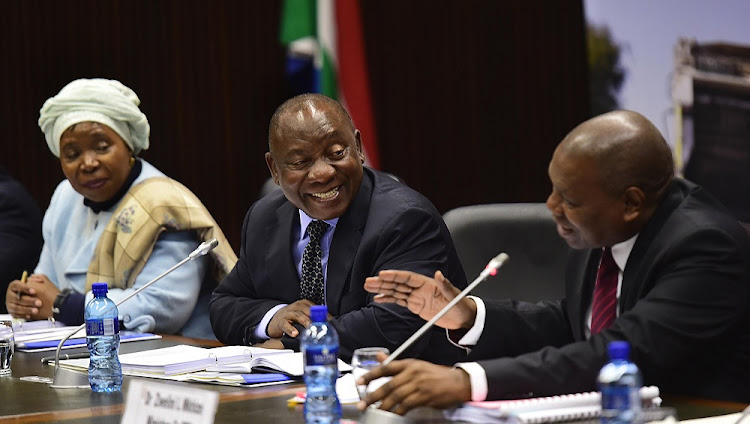 Last week, as he walked into his office, venture capitalist Vusi Thembekwayo saw a tweet from some politician floating the idea that SA should go back into a strict lockdown.

“It infuriated me. I mean, we knew the rise in infections was coming — that’s precisely why we went into lockdown in the first place. So what did they do during this time?” he says.

So he recorded a tirade, ranting about how SA’s political leaders had driven the country to the point of economic collapse — not just during the past four months of Covid-19, but for many years before that.

In the recording, he walks around the empty office of a company on the third floor of his office building in Sandton, which used to employ 70 people, lamenting how they’d been laid off. “So, politicians — where are you now? Quiet now, huh? All you do is, you call conferences and you talk about the economy. This is the impact of your stupidity over the past 26 years. You did this. Because if you’d built a country that was inclusive, with an economy that was growing, we could have survived this shit.”

(Watch it here, but be warned, the language is – how should we put it? – robust.)

The video went viral — in the no-masks, middle of a Florida water park sense of viral.

The response, he tells the FM, has been “absolutely overwhelming, and I’m not quite sure what to make of this”.

The reason, of course, is that it captured the zeitgeist: for years, SA’s politicians have squandered the country’s resources and, while Covid-19 has laid bare just how ill-equipped they are to actually provide any real service, South Africans are now sick of it.

“Covid-19 isn’t the cause of death, it’s just the tombstone,” says Thembekwayo. “The cause of death is the things we did, or that we didn’t do, over the [previous] years.”

The reality is, there’s been a recession in the real economy for two years already. Thembekwayo says he knows of many businesspeople who’ve had to take out second mortgages on their homes just to keep their companies alive.

“I think many of those who hold political office actually embraced Covid-19 because they thought it would give cover for the next election: they can blame the virus for the poor economy and mass unemployment. But it’s not true. It’s because the country hasn’t been built on proper policies, an appreciation of the economics and proper execution,” he says.

Imagine, he says, if the billions sunk into a useless airline over the past decade had actually been spent on small and medium-sized enterprises.

“What the average South African has been saying is, can’t you just stop speaking and get on with it? Can’t we just have a lucid and clear strategy for Covid-19 that can withstand public scrutiny? It really isn’t rocket science,” he says.

As writer PJ O’Rourke once put it: “Politicians are wonderful people as long as they stay away from things they don’t understand, such as working for a living.”

It’s not just Thembekwayo. Patience with inept politicians, who’ve stolen or misused money meant to cushion the blow of Covid-19, has run out. And patience has run out for the flimsy excuses or dumb-as-an-ox conspiracy theories they resort to when caught out.

Take Dan Plato, the mayor of Cape Town. Last week, after footage emerged of four police officers wrenching Khayelitsha resident Bulelani Qolani naked from his shack, Plato felt the need to demonstrate his room-temperature IQ by claiming that this was “to some extent deliberately done to put the City of Cape Town in a very bad light”.

In Plato’s version of events, Qolani was fully clothed until the police arrived, and resorted to “tactical nakedness” just to make the city look bad. Which, if you think about it, would be even more damning: for that to be remotely plausible, Qolani would have to have bet on the fact that the police would arrive and act like brutal thugs.

This week, Plato gave an interview to veteran journalist Chris Barron which only underscored the impression of his limitations.

And anyway, Plato hardly needs Qolani’s help to make the city look bad; he’s done it all by himself.

You can see what philosopher Bertrand Russell meant when he said that people tend to think a stupid man is more honest than a clever man, so “our politicians take advantage of this prejudice by pretending to be even more stupid than nature made them”.

Plato’s PR disaster was almost as distasteful as police minister Bheki Cele arriving in Khayelitsha to score political points by posing with Qolani and declaring this was “another level of brutality”.

As he himself admitted, there were 49 cases of police brutality lodged between March 27 and June 22. Of the 36 cases finalised, 20 were found to be valid, though Cele said, only “one resulted in disciplinary action against an officer”.

And it’s the same Cele who sucked a figure out of thin air when he said a few weeks ago that 34,000 hospital beds “are currently occupied because of alcohol-related cases”. Africa Check rated it “unproven”, pointing out that the closest figure, from an unpublished study yet to be peer-reviewed, comes to about a third of that.

Should it surprise you that Cele and Plato are both hypocrites, even if they’re from two different political parties? Not at all: as Thembekwayo points out, the problem exists right across the value chain or, more accurately, the value-destruction chain.

Scorn for their citizens

The best was Okhahlamba local municipality, which covers much of the Drakensberg area in KwaZulu-Natal. “Residents say they have a constant supply of electricity, their roads are pothole free and the air smells fresh, with not a whiff of sewage,” the newspaper reported. This year, it had its fourth consecutive clean audit.

Mayor Mlungisi Ndlangisa said that when he took over in 2011, there were many people in key positions without the right qualifications. “We recruited a skilled workforce … [and] we have installed electricity through the rural areas.”

Contrast this to the hot mess that is Brits — run by the municipality of Madibeng, an area in the North West which includes Hartbeespoort Dam.

The picture is abysmal: shoddy or nonexistent services, members of the public filling in potholes because the municipality couldn’t be bothered, and streetlights that haven’t worked for who knows how long. And yet, Madibeng’s municipality has 105 staff in its finance department, who are being paid salaries of R33.6m, even as another R35.4m is spent on consultants who actually do those books.

The auditor-general found that for this money, “no value was realised due to a lack of proper record-keeping practices, which at times appeared deliberate in order to hide the extent of the irregularities”.

Madibeng’s executive mayor is Jostina Mothibe, an ANC veteran of little accomplishment. It’s no surprise that Mothibe’s car wreck of a municipality also illegally placed R50m with VBS Mutual Bank, of which it has now lost a good portion. As the DA put it, while Madibeng was ploughing its cash into VBS, “people don’t have access to clean, running water”.

And yet Mothibe hasn’t been fired. It illustrates how little regard the politicians have for their citizens. And it’s the same lack of accountability we’ve seen in Limpopo, where the ANC has reinstated provincial treasurer Danny Msiza and deputy chairperson Florence Radzilani, despite their role in the VBS disaster.

It’s this sort of appalling leadership that leads Thembekwayo to conclude things are only going to get worse.

A few months ago, he and economist Isaah Mhlanga wrote an article called “The Upside of Junk”, in which they detailed how SA could try to make the best of a bad situation. One of their solutions is to ensure we put the best people in the right jobs.

It’s a safe bet that very few politicians would qualify.

One reason for the rise of the anti-maskers is the fact that this, a scientific response to a medical problem, has been hijacked by politicians, for ...
Opinion
10 months ago

ROB ROSE: Nine days for a test result: why SA’s Covid response hangs in the balance

Had Mkhize taken South Africans into his confidence, more people would have understood the rationale for a continued lockdown
Opinion
1 year ago
Next Article

Tsogo Sun to roll up its sleeves

The blurred lines of working from home

Tsogo Sun to roll up its sleeves

The blurred lines of working from home

Vodacom to launch fintech super-app in second half of ...