Closing the gap between SA’s growth trend of around 0.5% and even a modest target of 3% on a sustained basis will take a greater effort than we’ve seen up to now 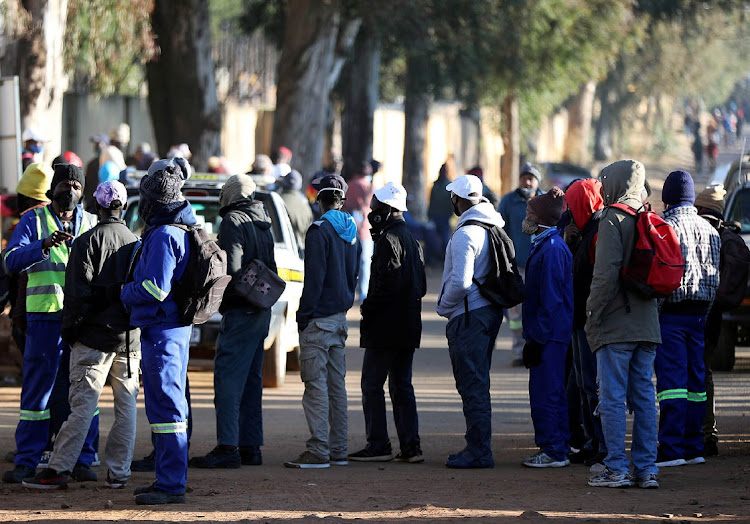 In its June 2020 world economic outlook, titled “A Crisis Like No Other, An Uncertain Recovery”, the International Monetary Fund (IMF) revised down the 2020 global growth estimate, even as it revised up the 2021 growth outlook for many countries.

This year, the IMF expects global GDP to fall by 4.9% — quite a bit lower than its forecast in April of a 3% drop. The Covid-19 pandemic has had a much more damaging impact on activity in the first half of 2020 than anticipated, and the recovery is now expected to be more gradual than previously estimated too.

Critically, all major economies, except China, are expected to experience a fall in GDP this year. And it’ll be worse in emerging economies (again, with the exception of China) than in developed economies.

The slower-than-expected recovery in the second half of 2020 reflects three key assumptions:

1. Persistent social distancing that lasts well into the second half of 2020 will lead to a significant drop in consumption and output.

2. The reduced activity during the lockdown has hurt the supply side of the economy more than expected. The closure of companies and a spike in unemployment may make it more difficult for activity to bounce back, even as the pandemic fades.

Critically, it is assumed that countries where infection rates have declined will not reinstate stringent lockdowns of the kind seen in the first half of the year. Instead, they’ll rely on alternative methods to contain transmission — like more testing, contact tracing and isolation.

At the moment, several countries are reporting a rise in Covid-19 infections, although the rate of increase (with perhaps the exception of the US) remains modest at this stage. These dynamics create a higher-than-usual degree of uncertainty around economic forecasts.

Slivers of light amid the gloom

When it comes to SA, the IMF now expects GDP to fall by 8% this year – 2.2 percentage points lower than its April 2020 forecast. This is also worse than the National Treasury’s forecast of a 7.2% fall in GDP this year, and the Reserve Bank’s expectation of a 7% drop.

Interestingly, however, the IMF expects the rebound in growth in 2021 to be 3.5%, which is much stronger than the 2.6% forecast by the Treasury. But the Treasury had a caveat: should the government make a concerted effort to implement the needed reforms, economic growth could exceed its estimates.

This week, we learnt that SA’s GDP fell by 2% during the first quarter, on an annualised basis.

While this was lower than the fall of 1.4% during the last quarter of last year, and the drop of 0.8% in the quarter before that, it was still better than the market (and Stanlib) expected.

In fact, given this better-than-expected outcome, we now expect the SA economy to contract by 8.6% in 2020 – which is less than our initial estimate of -9.7%.

Still, a drop of 8.6% would be extreme by historical standards — causing immense damage to employment, tax revenue and confidence.

Between 2015 and 2019, SA achieved an average annual growth rate of only 0.8%. This is not only less than population growth, it’s also well below the growth needed to generate a meaningful increase in employment. It means GDP per capita continues to fall.

The bottom line is that SA needs to create roughly 600,000 news jobs per year to cope with the number of new people entering the labour force. As it was, the economy was already under severe pressure before March. The lockdown pushed it into a severe and unprecedented recession from which it will take a long time to recover.

One of the central challenges we face is that the traditional policy measures a country would use to jump-start growth are somewhat restricted — especially our fiscal policy.

Specifically: the government cannot afford to cut taxes dramatically to boost household consumption and corporate investment, and it also doesn’t have the scope to meaningfully increase its own spending, since our current debt trajectory has worsened considerably. At this point, there’s a real risk of further credit rating downgrades.

This means that the government’s growth initiatives should focus on implementing a range of private-public partnerships to stimulate growth and employment, while raising business and household confidence. This includes making it easier to do business.

Fortunately, as finance minister Tito Mboweni articulated, there’s a clear intention on the part of the government to adhere to fiscal discipline and to revitalise economic growth. But the focus now should be on finding ways to implement a series of growth-friendly policy initiatives.

Ultimately, the success of the government’s growth and employment agenda will be determined not by the quality of its policy documents but by its ability to implement structural reforms that encourage investment and commercial activity.

On this, we must do better. Closing the gap between SA’s growth trend of around 0.5% and even a modest target of 3% on a sustained basis will take a greater effort than we’ve seen up to now.

If recent history is a measure, SA’s debt to GDP ratio will continue to hurtle on towards the 100% mark
Opinion
11 months ago

GDP drops for third quarter running, dragged down by mining and manufacturing
Economy
11 months ago
Next Article

EDITORIAL: Nobody buys it, Thulas

EDITORIAL: Nobody buys it, Thulas