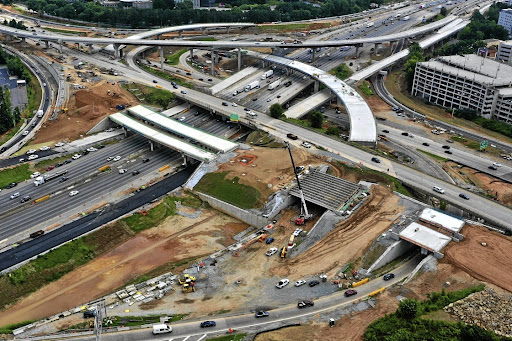 MADE IN THE USA: The infrastructure bill focuses on so-called hard infrastructure, including $110bn for roads and bridges, $66bn in passenger and freight rail and $39bn in other forms of public transport. Picture: Bloomberg/Elijah Nouvelage

Industry bosses are predicting a worldwide construction "super-cycle" that is set to fuel demand for building materials as governments pump billions of dollars into post-pandemic infrastructure projects.

Jan Jenisch, CEO of Holcim, the world’s largest cement producer, forecast that a boom in global construction would carry on for years as developed nations step up spending on modernising infrastructure. Holcim recently posted record first-half earnings and upgraded its full-year guidance.

The US senate is set to pass a $1-trillion package to invest in America’s crumbling infrastructure with significant Republican support, a bipartisan vote that will be seen as a major legislative achievement of Joe Biden’s young presidency. Senators voted 68-29 to end the debate on the infrastructure bill, with 18 Republicans joining Democrats in clearing the procedural hurdle, a rare cross-aisle display.

Cranes return to the V&A Waterfront

SA’s most-visited landmark was dealt a huge blow by travel restrictions, curfews and alcohol bans, but the V&A Waterfront is forging ahead with its ...
Features
1 year ago