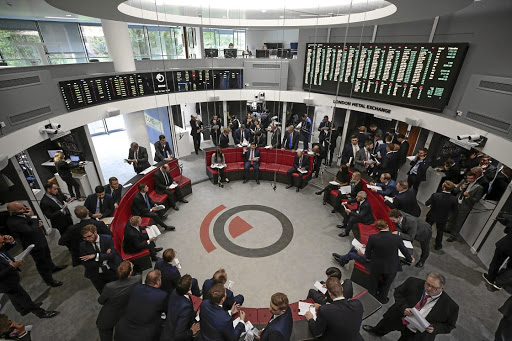 Nostalgia The tussle reflects traders’ nostalgic attachment to the last open-outcry trading venue in Europe, but also a debate on the LME’s desire to create a computerised ‘metals market that is fit for the future’. Picture: Bloomberg/Jason Alden

The London Metal Exchange’s (LME) historic open-outcry trading Ring is no stranger to shouting. Now the discussion over its future is generating a fittingly noisy debate. Traders have launched a strong pushback after the LME proposed ending the more than 140-year-old system. Last week, the exchange said it would decide the Ring’s future in June, having received "unprecedented" feedback from its members.

Prices of shares in businesses that went public through deals with "blank-cheque" companies have dropped an average of two-fifths from their highs, as appetite for the once red-hot sector of the US stock market cools rapidly. Of the 41 special purpose acquisition companies (Spacs) that have completed transactions since the start of 2020, only three are even within 5% of their share price peaks. Eighteen of them have more than halved, and several are down more than 80%. The average decline is 39%.