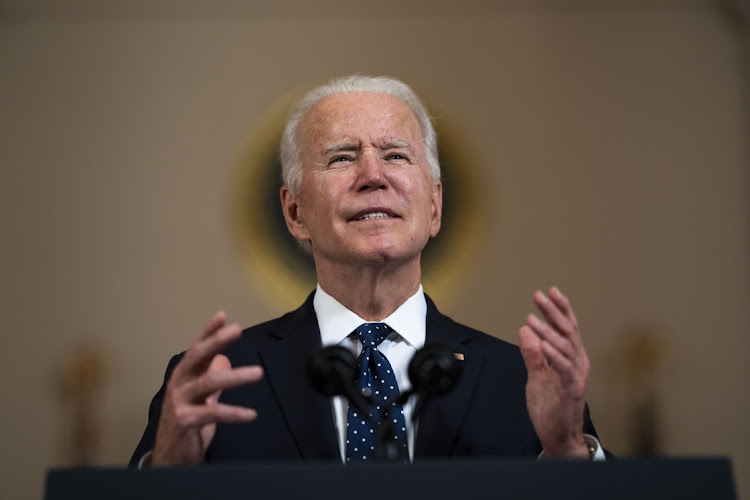 PAY UP: Officials in Biden’s cabinet have said that just 0.3% of people filing taxes in the US would be hit by higher levies, at a time when wealth for the richest Americans’ wealth has soared during the pandemic. Picture: BLOOMBERG/NEW YORK TIMES/DOUG MILLS

The White House has hit back at criticism from Wall Street and Silicon Valley of its plans to raise capital gains taxes for high-earning Americans, saying it would affect the income of only a "sliver" of the population. President Joe Biden’s tax plan includes a near doubling of levies on capital gains and dividends, to fund an education and child-care spending package that could top $1.5-trillion.

Have jab, will travel

European Commission president Ursula von der Leyen says Americans who have been vaccinated against Covid should be able to travel to Europe by summer, easing existing travel restrictions.

In what should be a boon to the bloc’s hard-hit tourism sector, Van der Leyen said the union’s 27 members would accept, unconditionally, all those who are vaccinated with vaccines approved by the European Medicines Agency. The agency has approved the three vaccines used in the US.

Biden urged Republicans who have so far resolutely opposed him to help pass a wide array of contentious legislation from taxes to police reform, gun ...
Business
1 week ago

The ascendancy of progressivism in the US is inevitable; and so is the move back to conservatism in the future
Opinion
1 week ago
Next Article