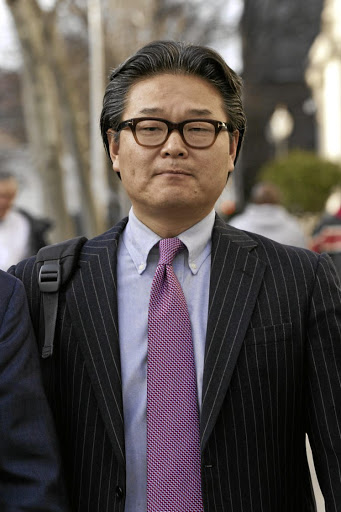 Credit Suisse and Nomura have warned of large losses after a fire sale of about $20bn of Chinese and US stocks, as their client Archegos Capital was forced into a huge unwinding of assets. Picture: Bloomberg/Emile Wamsteker

The biggest counterparties of Bill Hwang’s Archegos Capital — including Goldman Sachs and Morgan Stanley — tried to limit fallout from his collapsing bets on stocks, but the effort foundered, paving the way for days of chaotic trading. The banks had let Archegos take on billions of dollars of exposure to equities, but Hwang struggled to deal with margin calls triggered by a plunge in ViacomCBS shares.

Deliveroo has set the final price for its IPO at £3.90 a share, the bottom of its initial range and valuing the food delivery company at £1.3bn less than the top end of its original expectations.

Just over a week ago Deliveroo hoped its valuation could reach as high as £8.9bn, but the London-based food delivery company blamed a further deterioration of stock market conditions this week, which comes as it prepares to close its order book.

The rollercoaster will have at least pleased one group: the red-hot Reddit day traders who have begun to encounter an unfamiliar phenomenon: a dull ...
Opinion
2 weeks ago