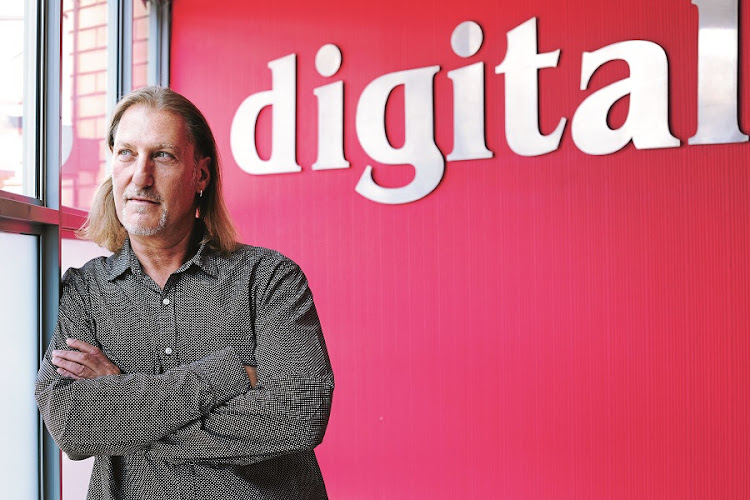 Relationships last longer when both parties are having fun and making money.

I lived in Israel from age three to 15 and delivered vegetables and fruit when I was nine for a few hours a day after school.

It was only a few shekels at the time, but that was everything to me as I could buy the things I wanted and had some independence.

If you want to innovate you also have to be patient. We launched e-commerce enablement at digitalmall.com in 1998 and it was early, but we paid large "school fees", launching it globally. Today we feel we are ready and the market demand is there.

Corruption. Much as we focus on growth and job creation, I feel robbed by state capture. There are so many barriers for entrepreneurs as a result of it — like unstable electricity supply and an unstable currency that has lost tremendous value over the years.

I am a colon and single-kidney cancer survivor and proud to be cancer free. I am grateful to be here now, healthy and telling you my story!

I sold 20% equity to an external investor who could not meet their financial commitment. This forced us into a difficult financial position from which it took years to recover.

My initial investment in digitalmall.com in the late 1990s paid dividends when we sold to iTouch prior to its listing on the FTSE, as our valuation was very high during the dot-com hype — so there was a bit of luck there. Unfortunately, the market crashed a few months later, and eventually we did a management buyout. But the business has now grown to be an amazing group.

I would focus on education and creating jobs in the digital ecosystem. Many emerging economies have made great progress when they adopted a full digital transformation strategy with a focus on e-government. For example, when the South Korean government decided to subsidise internet access and make it more available, it had a direct correlation to GDP growth, and today South Korea is one of the top 10 global economies.

Life Healthcare to pay dividend even as headline ...