We question the CEO of Merchant Capital Dov Girnun 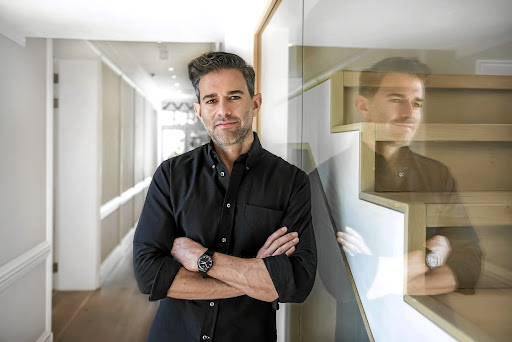 If one party to a deal feels as though the other party has got the upper hand, the working relationship and value creation will not be sustainable.

My first job was as a derivatives trader at a hedge fund.

What’s the one thing you wish somebody had told you when you were starting out?

To try to find a job that not only pays the bills and is financially rewarding, but also needs to fulfil a passion or calling.

I was once in a Robbie Williams music video. However, I had to play dead.

We invested in a financial services business in the UK where there was misalignment between the shareholders and operators. When there isn’t a meeting of minds with regard to strategy, culture or ethics, no investment can work out in the end.

Personally, I would have to say my best investment was backing myself and co-founders to build a business. It was an investment in a dream that we as entrepreneurs could launch a business that solved real world challenges by making credit more accessible for growing SMEs in SA.

That the business we started almost eight years ago, Merchant Capital, has helped over 10,000 SA small businesses grow and scale, creating thousands of local jobs.

Yes, to be a professional golfer on the PGA. That would probably not be the best career change decision at this stage of my life.

Some of the world’s most successful businesses are built out of the greatest turmoil. I am and will always be a huge SA optimist, so rather than fix anything, I would seek to improve our sense of optimism. Yes, we’re in a pandemic-fuelled tsunami of challenges, and what small businesses in SA have recently experienced is devastating. But we need to remember that it’s our legendary optimism that makes SA great. Look at the companies that were founded after the global recession of 2008/2009: WhatsApp, Uber, Airbnb, Pinterest. They were all built by entrepreneurs standing in the wreckage of the financial crisis and looking around for an opportunity. As entrepreneurs, we know all too well that growing a business is incredibly difficult. But that’s what entrepreneurs do. We thrive on adversity.