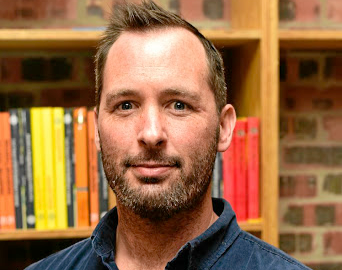 Be generous with your time and information. Most (successful) deals happen because there is a good connection behind them.

Working as a barman at a fancy golf estate clubhouse, where I got to see the good and bad sides of wealth and privilege first-hand. I will never forget a prominent businessman (and son of a famous politician) dropping a R10 tip on the floor for a waitress to pick up.

I don’t recall exactly, but it was probably in the region of R200. As I was a student then, I suspect I spent it on beer.

That it is much easier to take risks when you are young. You have far fewer responsibilities; you can survive on peanut butter sandwiches indefinitely; and any failure experienced converts into valuable wisdom.

Barriers to internet access. Connectivity is a critical and powerful lever that has many positive knock-on effects. Developing countries that have prioritised the provision of cheap, universal internet outperform their peers in growth, education and social equity.

I once rode a motorcycle from London to Accra, Ghana.

Not buying property in the UK when I was living there and earning a decent-enough salary to cover a mortgage. Oh, and only buying R15,000 worth of bitcoin in 2017 when it was at $2,000.

If money were not a factor, I would love to be a teacher. It is such an important job. Plus, I like knowing lots of stuff and talking (to a captive audience).

My best investment was not made with money, it was an investment of trust and time into my friend and subsequent business partner’s vision. I left a well-paid, corporate career to work in a start-up from my bedroom. My parents thought I was crazy. We ended up selling the company 10 years later and setting ourselves up for much bigger things.

Being right is not sufficient.

The presidency needs to clearly demonstrate to South Africans (as well as the rest of the world) that those who have stolen from the state will be held accountable. We have more than sufficient evidence. Unless we act strongly and decisively, we will not be able rebuild our state institutions, regain our international credibility and investment ratings and restore the social contract between South Africans and the government.