We question Phumlani Majozi, senior fellow at African Liberty, on his top tip for doing a deal, his biggest regret and the one investment he wishes he’d made earlier 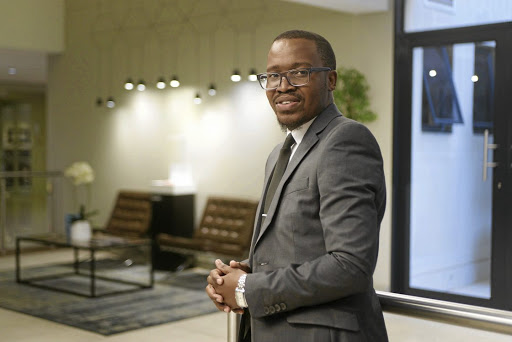 Consult. Hear what others close to you and whom you trust, think of the deal.

I was a garden boy. Believe me!

I think it was R60. I used it to pay for my bus ticket to Rhodes University — where I had enrolled for a BCom degree.

That self-confidence is crucial in the business environment — one will struggle to succeed without it.

I work for arguably the world’s top historian — Niall Ferguson. Google him. He’s a wonderful man.

What have you most enjoyed/disliked about lockdown?

I’ve enjoyed the flexibility. Sometimes I can jog or walk during lunch-time — that wasn’t possible when I worked from the office. What have I disliked? Being unable to see the people I used to see every day. I miss seeing and talking to my colleagues in person.

What, if anything, would you have changed about SA’s approach to lockdown?

I think the initial lockdowns should have been targeted and regional. I also think they have been kept for too long — causing enormous damage to livelihoods.

What is your biggest regret?

Dropping out of French school back in 2013. I loved, and still love, the French language. I’d be far now. I travel the world as often as I can — and a strong command of French would have been very helpful.

Anything US tech is clearly the best, or would have been the best, investment in the past 10 years.

I think "hope". Wishing gets us nowhere. We have to take action — and get things done.

My commentary on SA has been quoted by Time magazine — and I have appeared on BBC World News as a commentator.

If you were Cyril Ramaphosa, what would you change, or do, tomorrow?

I would definitely take on the fight against labour unions, who are pushing back against pro-market reforms.

We question MD at Business Against Crime Tebele Luthuli on her top tip for doing a deal, her first job and what she’d change about SA’s approach to ...
Money & Investing
8 months ago
Next Article