Loyalty programmes — the simple ones — can be a brilliant tool to amplify your spending power. But don’t get caught out 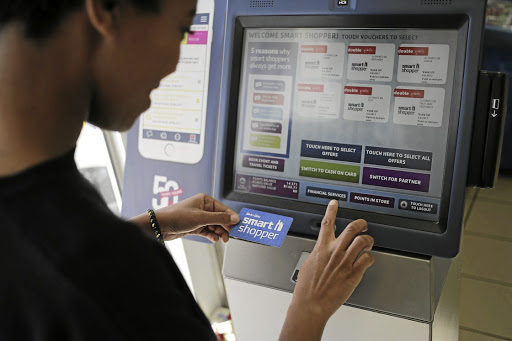 Back in the 1990s, rewards programmes were never something I took seriously. I always assumed that there was no real winning, they’d be loaded up with complex T&Cs, and if I signed up for all of them I’d need a second wallet just to carry their respective cards around with me.

Admittedly, I did belong to two of them from services I used frequently, and I did benefit, though frequent flyer miles were slow to add up even though I have at times flown way more than is fun.

But then rewards programmes started to appear everywhere. Stamps when you buy coffee and you get the tenth one free. Two-for-three but only with the rewards card. Then the two leaders hit the scene — Discovery Vitality and FNB eBucks — neither of which I use as I get my health care and banking elsewhere. But these two also confirmed my idea that frankly it was overly complex. Some Excel ninjas could benefit, but the rest of us would probably never manage to work out all the ins and outs.

Then my bank did a fairly simple one, just swipe and get points, which I can spend. I signed up and — it works. I’ve been averaging a couple of thousand a year just from this one rewards programme and I’m only at midlevel.

So, I am a convert, especially when wallets are stressed, and I’ve been joining more of them and got to thinking how we can maximise the benefits.

The first port of call is to read all the T&Cs about the programme so you’re really able to get maximum benefit and know what all the potential rewards are. Often a few simple changes of habit, when you know the rules, can have a marked impact. For example, my closest petrol station is an Engen that also works with the Clicks card. So by always buying petrol there and moving as much of our shopping as possible to Clicks we start to stack up some serious rewards as a family. What I especially like here is that the rewards are simple cash credits we can use at the till point. No vouchers or other complexities.

My bank, however, has me on the middle tier and every month tells me how much more I would have earned if only I were on a higher tier. The problem is, however, very simple: I have to use more of their products and, most notably, I’d need to take on debt to move up the tiers. This is compounded by having neither a home loan nor vehicle finance. So, as there is no way I’ll take on debt, or let them be the executor of my estate, just for an extra tier, I stay in the middle lane.

Still, dig into the different rewards programmes; really dig in. See where you can shop smarter and maybe shift some shopping habits, without it being a hassle, and max them out as much as possible. But don’t spend more to earn; that’s the ultimate no-win situation.

PODCAST | Consumer tips: making the most of Black Friday without overspending

Banks, retailers see uptick in members as consumers look for ways to save money
Business
1 year ago
Next Article

SIMON BROWN: Don’t get sucked into a debt dark hole

SIMON BROWN: Where to stash your emergency fund

SIMON BROWN: Don’t get sucked into a debt dark hole

SIMON BROWN: Where to stash your emergency fund