JSE: no place for start-ups 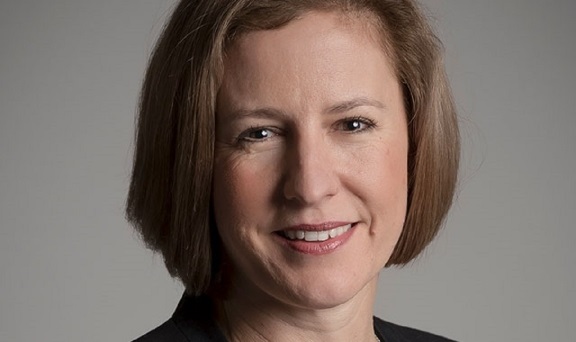 Adapt IT is the latest in a long line of once vibrant small caps set to delist, after 87% of its shareholders accepted a R7 a share buyout offer from Canadian firm Volaris. It’s been a harrowing year for shareholders, who were caught between competing bids from Volaris and local firm Huge and were rocked by torrid reports of CEO Sbu Shabalala’s matrimonial problems. The FM spoke to co-founder Tiffany Dunsdon, who took over as CEO when Shabalala resigned.

Will you continue your involvement at Adapt IT, or is it up to Volaris?

TD: No, they work through management. We’ll obviously learn from them how Volaris does business, and we’ll align with that, but fundamentally they were interested in us because we have a similar business model.

With your departure from the JSE now imminent, in hindsight what would you have done differently as a listed company?

TD: We probably shouldn’t have been quite so overgeared, but it was a function of self-belief and the market didn’t have as much confidence in us as we had in ourselves. We were able to service that debt in the ordinary course of business even through a pandemic, but that depressed our share price quite dramatically.

However, having said that and perhaps taking a step back, I would say that for small caps it’s become extremely onerous to be listed. And when you have corporate failures and the like, the market is inclined to overregulate and that does apply an extra burden to the survivor companies that stay.

I’ve been part of a listed company since 2003 and it used to be fun and kind of a fair game. Right now it’s punitive.

The JSE finds itself between a rock and a hard place, though, trying to put investor protections in place while allowing laissez-faire capitalism. Is there any way around this?

TD: You could stratify the market for size of company, in terms of affordability and compliance. [Bigger companies] can afford whole departments to deal with compliance, but when you come to the smaller end of the market, there you are really thwarting entrepreneurial growth.

If you want to create an entrepreneurial economy, you need to say: here’s a section of the JSE, treat with caution. We need to be encouraging the upstarts. You will not get new listings with the current regime.

You’ve lived in Australia for a long time — has it been difficult to manage Adapt IT remotely?

TD: In the past 12 years I’ve probably made 84 trips. There is definitely a perception that you needed to show up at every meeting to prove your commitment, but now, and certainly in my past eight months’ engagement with Volaris, which is based in Toronto, I’ve realised how multinationals do business, which is online.

The notion of having to be present in an office to run a business is, quite frankly, obsolete.

Even through the civil unrest in SA, I held forums with our teams that were most affected and they were all in their homes. So whether I was in the Durban office would have made no difference. There’s no jet lag and no wasted time in transit to the airport, so if we do travel enough to stay connected with our people, there should be nothing lost. We’ll probably be consummating the deal with Volaris before we’ve met a single person in person.

Did you sell out to Volaris at a lower level than you should have, because the market didn’t have faith in your ability to slash debt? Were you bought out too cheaply?

TD: We were rated at R1. When you look at that versus R7, it’s a remarkable rerating. But the truth is, when the market took a dim view of our overgearing, we were firmly focused on trading through the pandemic and getting to these results we’ve delivered now. Would management have taken the company to market in those conditions? Never. Did it happen to us? Yes. Did we make the best of a bad situation? Yes.

Do you have a sense of how SA’s IT skills stack up versus Australia’s?

TD: I’d say that we don’t have a deficit in terms of quality, it’s in the number of skills. People at the top of their game in SA can play on a level field globally; we just don’t have enough of those skills.

Isn’t that a major growth inhibitor?

TD: Yes, it is — naturally, if you’re short of a raw material it’s going to constrain what your output will be. So it is incumbent on the whole industry to really invest in [development] programmes, because it’s a cumulative catch-up that we need to make. That will solve the problem for all of us.

Adapt IT gears up for Volaris takeover

Canadian firm seems to have beaten Huge Group for control of the listed technology firm, but shareholders must still vote on the matter
Companies
10 months ago
Next Article