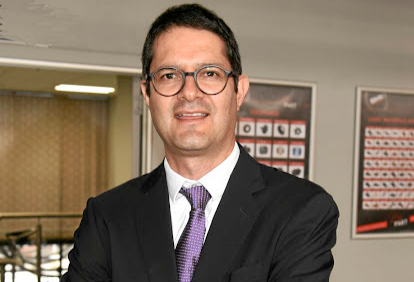 Industrial consumables business Invicta appears to be finding its way out of the stock market wilderness. Over one year the share has surged 369%, thanks to an aggressive clean-up under new management, which saw full-year headline earnings rocket 129% to 206c a share, debt slashed, and enough cash on hand to pay investors a 60c per share dividend. But, at R28, the company has a long way to go before it scales its 2013 share price peak of R110. The FM spoke to CEO Steven Joffe.

Clearly, Invicta had a much better year. Is that more to do with asset sales and cutbacks than operational improvements?

SJ: No, I think we’ve had a phenomenal year. There was massive focus on working capital, really good operational performances, and then the deal came through [the sale of four divisions from its Capital Equipment Group segment to CNH Industrial SA for R507m in cash and $6m in goodwill]. So in every respect I think we knocked it out the park. If I take you back a year ago, we had R2bn in net interest-bearing debt, we still owed Sars [the SA Revenue Service] R200m, we had R750m owing to preference shareholders which was interest bearing, and then in April we lost R30m, and I thought to myself: how are we going to get out of this? Were we going to have to do rights issues, sell businesses? I actually had no idea. And if you told me then that we’d get to the end of the year to where we are now, I wouldn’t have believed you.

I think we were also incredibly lucky — whatever we could do we did, and it all worked out. It was one of those years.

Invicta for a long time enjoyed great success on the JSE, but it also became this sprawling, unwieldy company. What should Invicta be?

SJ: I don’t really want to talk much about previous management — that’s not my place. I’d prefer to just focus on the opportunity that I’ve been given and what I see: there are some tremendously good businesses in the Invicta stable, like BMG [Bearing Man Group].

I think what really impacted Invicta was a culmination of two things: a purchase of a tool business that really didn’t work, and a Sars settlement of R750m. At the time that they agreed on the settlement, they should have embarked on a rights issue there and then. The share price was R50, but the price drifted all the way down and then it becomes punitive to try and raise the cash.

SJ: There are one or two things I still have in mind, but we’re getting closer to the business that I see. Really what I want Invicta to be is a consumable parts business with service and maintenance and a rental stream — regular, repetitive income. And we’re getting there.

Does a lot hinge on the commodity boom for Invicta?

SJ: No. Mining is about one third of the Engineering Solutions [Group], so it’s very significant but it’s not the whole business. We service a whole range of other customers and if any of those sectors take off in a more material way, we could offset any losses in the mining sector [if the cycle turns].

Was the decision to sell more than half of your Singaporean asset, Kian Ann, simply to cut debt? Or was that a bad deal done in an offshore rush?

SJ: We sit in a R500m warehouse in Singapore and we buy stock from China, put the stock into our warehouse over five floors, and then we take the stock back down to trucks and send it off to Indonesia, Malaysia, other countries in Southeast Asia. Now, I’m saying to myself: that model of being a stockist in Singapore, which is one of the most expensive countries in the world, is that the right model? And in my view it’s absolutely not. The right model is to directly import into those countries from the source of supply, in a much cheaper venue. Now the alignment with our Chinese partners … will enable us to get those direct lines of supply in a much more efficient way, and I’m sure this will be the unlock of that whole business. To have control of a warehouse where you’re making, like, $2m doesn’t make me that excited. I’d rather have 50% of a business that’s going to make us R200m. Now we own a part of a class-leading factory in China that has the opportunity to expand, with incredible opportunities to sell to the US, which is on fire. And the infrastructure spend the Americans are working on will play so handily into that.

Can Invicta ride that infrastructure wave with what it has?

SJ: Yes, though we don’t have a BMG, for argument’s sake, there. We’d have to build that business. I felt like when I started we were just defending our position and now, all of a sudden, we can start looking out, and start saying: ‘What’s the best way to grow?’

It’s an exciting place to be, where we couldn’t realistically have that discussion a year ago.

WATCH: How Invicta’s streamlining efforts have paid off

Proceeds will be used to reduce debt, which stood at a net R1.6bn at end-September
Companies
5 months ago

Trade of the Month: Invicta vs Hudaco