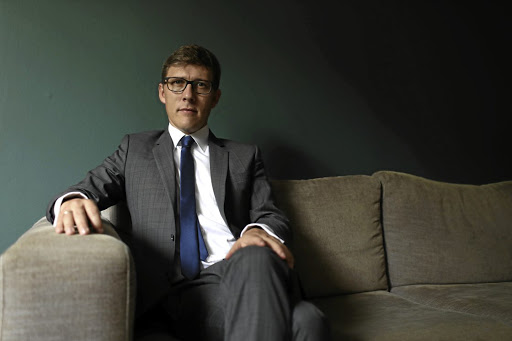 SA is brewing a fiscal catastrophe, not just a social disaster, as municipalities disintegrate, people leave and businesses withdraw from dysfunctional small towns, as dairy giant Clover is doing. It’s why nonprofit business chamber Sakeliga has taken the finance minister, the minister of co-operative governance & traditional affairs, and the Ditsobotla municipality in Lichtenburg to court. The FM spoke to CEO Piet le Roux.

You say this particular court action forms part of Sakeliga’s larger action for economic recovery — what are you hoping will come to pass?

PlR: We hope to establish jurisprudence that would make it easier for communities, especially businesses, to intervene where it is necessary, given failure at one or multiple levels of government. It’s to restore service delivery and ensure that the taxes and fees paid by residents and businesses can get to the service providers and can be used to maintain critical infrastructure in the town.

Is that why there are as many as 10 respondents in the matter — all the way from the executive council to the minister of finance, and Eskom?

PlR: All the respondents have an interest in the proceedings for different reasons. We’re not asking for any orders against them and we hope the utilities like Eskom will support the relief we’re asking. But the minister and other respondents all represent different levels of government that had either the opportunity or the obligation to intervene somewhere in this previous decade and failed to do it, or to do it effectively. In the Municipal Finance Management Act there are many statutes, as well as in the constitution — provisions for how failures of a cascading nature such as this should be handled. And ultimately it’s up to the minister of finance to install the highest level of administration that he could.

We’re not trying to be vindictive. We could have gone to the court and only asked for a mandamus [a writ] to say the minister of finance should intervene, but we wanted to go a little bit further and we’ve spent the past year trying to figure out a way to do this and that’s where this case comes from: we’re trying to help the court by not only presenting them with a problem, but actually suggesting something that could solve it.

You’re asking the court to establish a "special master". Who would this person or entity be?

PlR: The court could appoint any company or person; we’ve suggested what we think could be a successful company. What we’re asking the court to order the special master to do is essentially twofold. First, receive the electricity and water payments from the town in a bank account held in the name of the municipality but not under control of the municipality. Then distribute the funds from that account to Eskom and the water utility as is appropriate, and also use funds to finance any emergency services in the town, and then pay the balance over to the municipality. We’re trying to limit the scope of the special master to ensure that we don’t overturn the constitutional order of the separation of powers and intervene in the budgetary capabilities or authority of the council. We simply want to establish a conduit for money to reach the destination as budgeted for. We’re not trying to circumvent the democratic process, we’re trying to circumvent administrative or corruption problems.

PlR: To compile a list of all incidents of corruption and fruitless and wasteful expenditure, and all the evidence, so that there can be prosecution. Because the money that has disappeared, either corruptly or incompetently, is staggering.

How long might this take to go through the courts?

PlR: We could have a judgment from the high court later this year. Depending on the judgment, and as committed as we are to pursue the case, to the Constitutional Court if necessary, we are always open to negotiations for a settlement with the government being made an order of court. And it’s a possibility.

What do you make of the Clover decision to leave Lichtenburg?

PlR:The Clover story is not unique. Not only are businesses leaving, new businesses are not forming. So it’s a story of decline, not just stagnation.

We’re seeing the destabilisation of towns and rural areas when these businesses leave or are not developed. Once that happens, property values drop, people start leaving for the metropolitan areas, and you’re going to see potential huge fiscal problems because the debt at municipal level will have to be written off. There’s no way to recover it unless you get businesses to stay and boom, and if the money doesn’t get to the utilities, they will have to write that off and that’s going to reflect on their balance sheets. There’s a very bad fiscal story developing here if we don’t solve it for local towns.

‘There’s raw sewage everywhere, and electricity and water are intermittent, so it’s an unacceptable environment not only for businesses to operate ...
Opinion
11 months ago