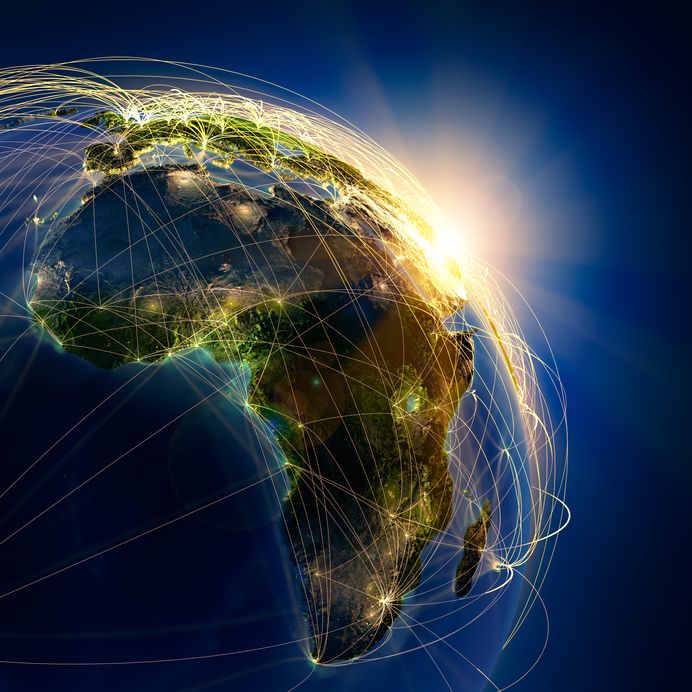 African debt markets, particularly for African bonds traded globally, have grown considerably over the past two decades. Attractive US dollar yields have resulted in increased investment by and engagement with international investors. There is now more information and choice available to investors who are prepared to do their homework.

Investors can access debt instruments with a range of potential returns: higher yields offered by countries with greater risks of default, and lower, but more predictable yields in countries with more robust economies.

The African debt universe comprised instruments from frontier markets, with the exception of SA and Egypt (frontier countries are generally smaller and less developed than typical emerging markets, such as the Brics). Some of the differentiators of risk include resource dependence, with some countries, such as Angola and Nigeria, heavily dependent on oil and others, such as Kenya or Cote d’Ivoire, that are more dependent on services and agriculture. Others are population size, exchange rate regimes, geographical location, level of indebtedness, income per capita and various others, which deliver divergent economic outcomes.

Covid-19 helped to lay bare the vulnerabilities and strengths of different African economies. To illustrate the point, we compare how two diversified economies, Egypt and Cote d’Ivoire, overcame the challenges, while the crisis emphasised the weakness in two more vulnerable economies, Zambia and Ethiopia.

Egypt is arguably the best reform story in emerging markets over the past few years. It was able to issue Eurobonds twice during the peak of the pandemic: $5bn in May 2020 and another $3.75bn in February 2021.

Reforms that began in 2016 have restored stability to the country’s external and fiscal positions. Subsidies were cut and tax revenues were raised, turning a primary deficit into a surplus and reducing the public debt-to-GDP ratio. The central bank has successfully brought inflation down to mid-single digits from an average of almost 30% in 2017.

The commitment to reform has attracted foreign investors. Foreign reserves almost doubled to $44bn in the three years to 2019 and provided the country with a buffer against the effects of Covid-19 on tourism and other sources of revenue.

Cote d’Ivoire is a relatively diversified economy, and one of the fastest-growing in Africa over the past decade. It was one of the few economies in the world that exceeded 2% GDP growth in 2020. Though it is the world’s largest cocoa producer, the biggest driver of economic growth is the services sector.

In February 2021, the country raised €850m by reopening existing Eurobond issuances. It attracted strong interest, despite the country’s participation in the G20 debt service suspension initiative. With a 46% public debt-to-GDP ratio, Cote d’Ivoire has conservative levels of indebtedness compared with the rest of Africa and emerging markets in general.

Zambia: excessive borrowing over the past decade

In October, Zambia defaulted on its Eurobond coupon — the inevitable result of excessive borrowing over much of the last decade. The country took on external debt to finance its budget deficit and for various infrastructure projects, which did not yield the expected economic benefits.

When copper prices and exports fell and there was a power crisis due to low rainfall in 2015/2016, the country was forced to import expensive electricity and the Zambian kwacha lost more than 50% of its value. In the ensuing few years, the power crisis persisted, copper exports continued to fall and the currency depreciated further. When Covid-19 began, Zambia’s reserves were only 1.2 months of import cover and its budget deficit was 9.1%. External debt issues later in 2020 were unavoidable.

Ethiopia, which is facing a voluntary debt restructuring under the G20’s Common Framework, lacks significant resource endowments. Though it was the world’s fastest-growing economy in the past decade, it's still under-industrialised, with a nascent manufacturing base. According to the African Development Bank, more than 70% of the workforce is still employed in agriculture.

As Mark Sandi, chief economist at Moody’s Analytics, said: “In a normal time, I don’t think economic policy makes a large difference one way or the other. But in times of crisis, it makes all the difference in the world.”

These examples show that countries differ not only quantitatively, in terms of resource reliance and size, but also qualitatively, in their policy execution and response to unforeseen events.

Improving information flow and coverage across Africa make it possible for discerning debt investors to discuss the economic and policy dynamics in each country to gain a clearer picture of the risks and opportunities behind the region’s attractive yields.

About the author: Lievin Mbuyamba is portfolio manager at Stanlib Credit Alternatives.