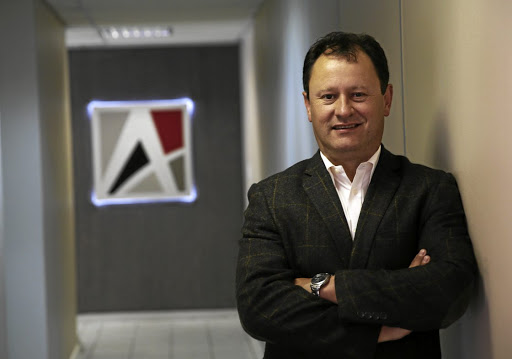 Mining and materials group Afrimat — known both for its savvy deal-making and extreme caution in buying other companies — has inked its biggest purchase yet: the R650m acquisition of manganese mine Gravenhage in the Northern Cape. Its timing in moving into other minerals has been impeccable so far, and Afrimat has managed compound annual growth in after-tax profit of 22% since February 2009. The FM spoke to CEO Andries van Heerden.

You don’t seem to have put a foot wrong — have you just been lucky?

AvH: We were fortunate in the sense that where we did go wrong was with relatively small transactions, relatively early in our life. We had one or two that really failed dismally. Probably because of the size we weren’t as diligent as we would have been with a bigger transaction. And we learnt from that. This is an infinite game, and you’re only as good as your most recent set of results.

On the bigger stuff we take a lot of time to make sure we do the deals right. We get people from the operational side involved in the due diligence to look for what could go wrong, and that has served us very well. We also try not to fall in love with projects — there are so many opportunities that if any one of them doesn’t materialise there will always be another. Also, very important, we all tend to have a bit of an ego and want to show you can make this project work or win this deal — don’t do that. It happens to all of us, it happens to me, but it’s not the right thing to do.

What’s the attraction of manganese to the existing Afrimat business?

AvH: We’re trying to turn Afrimat into a multicommodity mid-tier mining house. Manganese is another mineral that has a better margin through the cycle than any of our other businesses; it has a much bigger market and it earns foreign currency, so it gives us a hedge against the rand. And in this specific case it’s the last really large resource in the Kalahari manganese field. It’s also within a 100km radius of our other operations and we already have a very competent team there with all the skills you need to run an operation like this.

Do you have ambitions to become the next Anglo American, say?

AvH: In an SA context, mid-tier is where the big opportunities lie right now.

AvH: There’s a DMR of five years ago and a DMR of today. The current team don’t get all the credit they deserve. For example, they realised how important it was for the bulk miners to keep producing during the hard lockdown and in a matter of two days we had authorisation to open up our iron ore mine again, which made it possible to pay salaries to our entire workforce throughout the country because we were generating cash only from the iron ore mine. When we bought Nkomati, to get it out of business rescue we needed a section 11 approval in place — and that was done in about two months. They bent over backwards to help us and there was nothing funny, due process was followed. It is a complex process, it’s not easy, and I feel for a person who tries to enter the SA market from abroad, but the assistance we get from them today is chalk and cheese to what it was.

AvH: The department of water & sanitation is just impossible. We went to the president’s investment conference and our project was announced there and the president promised that the water licence would be done within 90 days. That application is probably close to 360 days … at one stage we found out the thing was lying on the table of an individual whose contract was not renewed, so it was literally in an empty office. It’s just pathetic. That department needs a shake-up very quickly if we want investment in this country. We also have problems with these so-called business forums that are actually mafia, and the police just don’t come out.

And the third challenge — I don’t know which one to rank first — is local municipalities that are in total disarray. It gives us two problems: for every mining licence you need a social and labour plan, which needs to be accepted by the local municipality. But in many cases it’s just not possible and the level of corruption is immense. We refuse to bring brown envelopes, we just don’t do that. The other problem is that, over and above Eskom, the infrastructure is in such a state of collapse and power supply is so unreliable that you cannot work with it. Many of our quarries are now run off diesel generators and it’s expensive. But no power is more expensive.

Afrimat: Reliably consistent, but keep an eye on iron ore

Afrimat at record high as it flags bumper profit

Afrimat at record high as it flags bumper profit