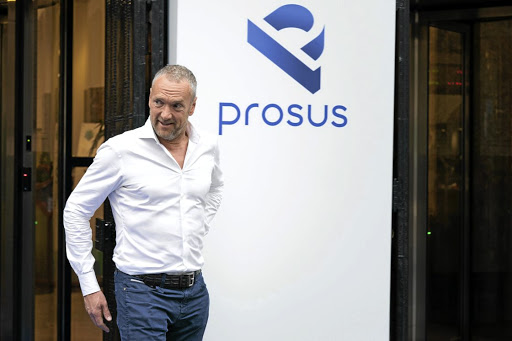 A recent deal announced by Prosus, in which Naspers investors are being asked to swap their stock for shares in the Dutch holding company, has drawn withering criticism from hedge fund manager Albert Saporta. He’s long argued that the creation of Prosus — itself an effort to reduce the discount at which Naspers trades to its single biggest asset, Chinese internet giant Tencent — was a gigantic mistake. He spoke to the FM.

AS: It’s even more idiotic than the creation of Prosus, which was very idiotic. I’ve been investing, restructuring and analysing holding company structure for 35 years and I have never, ever seen a situation where management would create another structure above the holding company to reduce the discount, which is what Naspers did when they created Prosus. Now, two years down the line, they’ve realised it’s not working and the discounts are higher than before, and they’ve come up with an even more stupid idea — a cross-holding which will happen after the tender is successful. It creates a more convoluted structure where each company owns the other, and it becomes more difficult to value both of them. It’s the opposite of transparent. I can guarantee that after [this], the discount on both companies will be higher than it is today. And there is precedent for this.

You also argue that it’s a "rip-off" for Naspers shareholders.

Well, what would be fair if they persist with this swap?

There’s an argument that a Dutch company should have a lower discount than an SA company.

AS: First of all, I think it’s a dubious argument and the point is before they did this whole crazy thing with Prosus, Naspers’s discount was never more than 35% — so Prosus today is trading at a higher discount in Holland than what Naspers used to in SA. The other argument is that Naspers is an SA company and global fund managers have an investment mandate, and the mandate to invest in a European company is much larger. But that’s not the truth either. Since they listed Prosus, the volume on Naspers has been bigger. Maybe the grand scheme is that, over the next [few] years, Prosus increases its holding in Naspers and then one day they bid for the whole of Naspers at a 30% discount to NAV. Then the Naspers shareholders will be totally screwed and disenfranchised. This whole process just shows to what extent the management — Bob van Dijk — is either an outright disaster or just incompetent. The difference between these guys and Masayoshi Son, the founder of SoftBank — the role model in this — is that he knows what he’s doing.

These guys have no clue whatsoever. They had a huge success with Tencent but they probably had no idea it would be so incredibly successful. But they’ve never shown that they understand anything because if they did, they should have been buying Tencent when it collapsed a couple of months ago.

What would you do, in their position?

AS: They don’t want to spin off Tencent. OK, fine, leave Tencent within the Prosus structure and spin out the VC [venture capital] portfolio, which has some great brands. Put in some Tencent shares or cash so that they can continue to fund the next investments — and by doing this, investors would have the ability to properly value the VC portfolio. The stake in Tencent is so gigantic that whatever they do — spin off one company here or buy back shares there — it makes no difference. The VC portfolio is no Mickey Mouse — it would be worth €20bn-€30bn, which would probably rank as the biggest VC firm in Europe, which would be very attractive on its own. And such a company could trade at a premium to NAV, not a discount.

Then Prosus would be left as a tracker for Tencent, and over time they should do the same thing Yahoo did with Alibaba. In the end they unwound the structure, and this would be the logical thing to do.

It’s 20 years since Naspers took a R274m gamble on Chinese internet company Tencent. Today, its stake is worth R3-trillion — and that’s after it ...
Features
3 weeks ago

Prosus’s e-commerce efforts are thriving, but not enough to close the Tencent gap. Will a share buyback do the trick?
Money & Investing
6 months ago
Next Article