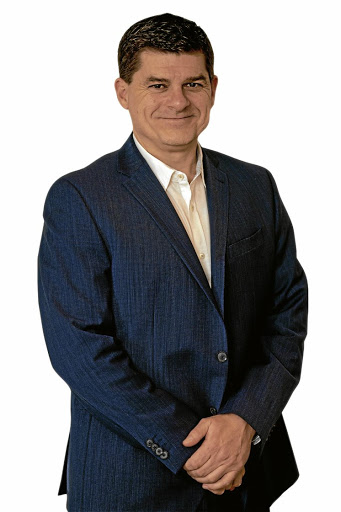 Huge Group, despite its name, is the lesser-known party of the two in its tilt at software development group Adapt IT, for which it’s offered R800m in an all-share deal. Huge’s market cap, at R1bn, is considerably larger than Adapt IT’s R642m valuation. But it wasn’t always like this. Back in 2016, Adapt IT’s shares reached a high of R16.50, while Huge, which specialises in fixed-location wireless telephony, has never really cracked it with investors since its 2007 listing. We spoke to Huge CEO James Herbst.

You seem to be two very different companies — you’re in telephony, they’re in software development, so why the offer?

JH: Sometimes when you ask things in reverse the answers become clearer. In order of size, going from the biggest Huge Group entity to the smallest, Huge Telecoms is a connectivity business that has, at its core, a very complex billing engine called HIVE (Huge Integrated Value Engine). When you have a look at what Adapt IT does, one of the big avenues for revenue generation is the provision of complex billing software to very big telcos, like Vodacom. There’s a perfect fit here. Huge Telecoms is nothing without its billing engine, and that is exactly what Adapt IT does. Huge Connect provides connectivity to about 32,000 businesses, of which 30,000 are merchants, and inside that merchant bucket are hospitality customers. Adapt IT has a business called Micros, which provides point-of-sale software, which is nothing without the connectivity that a company like Huge Connect provides. So if I were an Adapt IT director I’d say: "Gee whiz: the biggest business, tick, the second-biggest, tick …"

Yes, but you’re a Huge director.

JH: Indulge me. The next business that Huge has is Huge Networks, and just recently we became the connectivity provider for the Mediclinic group of hospitals. If you’re an Adapt IT and have software that sits in the cloud, one of the biggest components of the delivery of that software is connectivity, and that’s exactly what Huge Networks does. So you’re buying into that vertical.

What we think ought to have happened, had the Adapt IT valuation been around our bid price, is that it might have made a bid for Huge Group. What do [our shareholders] get? They get scale of revenue, and they are assured that the revenue streams generated by Huge Group fit nicely into Adapt IT. What was difficult [for Huge] is Adapt IT’s balance sheet. Huge’s interest-bearing debt was R170m to end-February 2020, over today’s market cap of over R1bn. That’s six times cover in equity value. Now compare that with Adapt IT. Interest-bearing debt was R521m at June, to a market cap of R549m on the day we made a bid. So one times cover on debt. If I were an Adapt IT shareholder I’d be taking a one times cover to the combination [of companies], getting myself three times cover: I’d be grabbing it. You know who has all the money in that company: Standard Bank. The bank owns that company. We can give the Adapt IT shareholder a better balance sheet cover for the risk that is inherent in the business.

It’s one thing looking at the numbers, it’s another thing entirely to merge two separate companies. Investors are right to be sceptical about how well these deals pan out.

JH: I agree. We have four or five businesses and we’re not putting them all in the same melting pot. That is Adapt IT’s strategy, and has been for the past number of years, because the company has been buying a lot of businesses and putting them together and not left them as they were. I think the return on equity speaks volumes — four years ago it was 19.74%; it’s now 9%. If we were to acquire 100% of Adapt IT we would run it for what it is.

What about Adapt IT management?

JH: It’s too early to even make that assessment. Sbu [Shabalala, Adapt IT’s CEO] and I had discussions last year, and I would certainly welcome working with him. My personal offer was that I’d happy to be junior to him as the leader in a combined business.

You’ve said Huge would be happy with a minority stake — why?

JH: Because of the exact points I made earlier. Our investment style at holding company level is to back jockeys. Some of the commentators are saying it’s a cheeky bid.

JH: It can be seen in that light, given the valuations from which Adapt IT has come, but what people are not taking into account is the balance sheet risk. People are missing the importance of investment scale. I can tell you that Sbu feels exactly the same way about the reflection of intrinsic value.

JH: We are. We’re ignored because we’re small. Worldwide, global yields are probably going to stay as low as they are for a long time, so the wall of money is there. The question is: does that wall of money ever get to SA? Unless you scale these businesses you are going nowhere.

Huge Group to list on the London Stock Exchange

If all goes according to plan,  the tech company’s  shares will be available for trading on the JSE, A2X and AIM
Companies
4 months ago
Next Article