Pulling the rug out from Land Bank 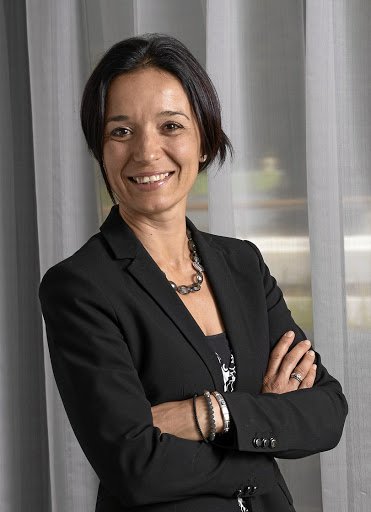 Futuregrowth Asset Management is not known for pulling its punches. "Boom!" it wrote last week. "Land Bank drops a bombshell." Turns out, the National Treasury has withdrawn a promised partial guarantee to the distressed bank, nine months into painstaking talks with lenders over a major debt restructure. What gives? The FM spoke to Futuregrowth’s head of credit, Olga Constantatos.

Why was this partial guarantee so important?

OC: It was part of the solution that we were working on — the other part was an equity injection. So that is still on the table; it was signalled at the medium-term budget speech and we’ve been told that it’s likely to be in the budget. What changed is that a credit enhancement, in the form of a partial guarantee for the new [bond] note, is no longer on the table, and the second thing that’s changed is the term: so everyone who lends money [to the Land Bank] will do so in a five-year note.

What’s prejudicial about that? The fact that you’re stuck in the bond for longer than you might want to be?

Do you know why the Treasury has done this?

OC: We were told that there was a Treasury instruction that went out on October 26 that basically listed the conditions under which new guarantees would be issued. So they cited that instruction as the reason for the guarantee being declined. We were only told of this last week.

The Treasury seems to have gone rogue?

OC: That’s quite a strong word to use … I think that there’s very definitely been a lot of competing priorities on the Treasury’s agenda. Fiscally, they do need to be doing things to rein in spending and I think there’s potentially a lack of capacity in the Treasury that may have exacerbated all of this. It was just a big surprise to us because [the partial guarantee] was always on the table and it’s been an important part of the credit enhancement, and to have one piece leave elevates the risk. The Treasury’s actions also potentially have implications for other state-owned entities (SOEs) because we don’t know how the ratings agencies are going to consider this.

How much does the Land Bank need?

OC: R7bn in equity. It was actually R10bn, but R3bn has already gone into the bank. We asked them whether that number was still enough because what’s happened in the interim is that your financial results for March 2020 have come out, as well as interims to September 2020, and what those results have shown is that [bad debt] provisions have spiked quite a bit — as well as adjustments to the 2019 financial year numbers, where that provision went up from around R300m to R1.8bn. So what we’ve seen is that the R3bn equity that went in in September has effectively been eaten away by the additional provisions.

But they say they’re fairly comfortable that it still is R7bn.

You say there’s a risk of contagion to other SOEs. In what way?

OC: The other SOEs funded by the capital markets are effectively borrowing from pension funds, and so the contagion risk is that this spooks lenders. So either the cost of [borrowers’] funding goes up because we see the risks changing, or it could be that for some of the worst-performing ones they are not able to raise capital in the markets.

So in a nutshell, SA’s debt becomes more expensive?

Do we need the Land Bank? You point out that a lot of commercial farmers are paying off their Land Bank loans and turning instead to commercial banks.

OC: The short answer is yes, particularly as regards its developmental funding role. While the commercial farmers have access to funding alternatives, emerging farmers may not have this. And in the absence of adequate funding from the Land Bank and certainty about the timely resolution of the current situation, emerging farmers don’t have access to the capital needed to transition into established commercial farmers.

The Land Bank plays a critical role in growing and broadening the SA commercial farming base and thereby ensuring long-term food security.

Treasury to back up depleted Land Bank