A big bang, just not yet 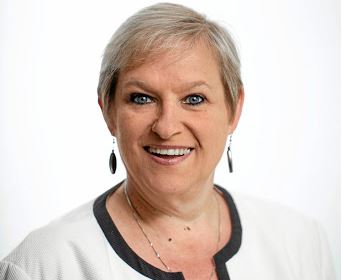 It was, excitable punters suggested, the biggest relaxation in exchange controls that SA has seen in recent times. Until it wasn’t. Last week’s circular that proposed to reclassify inward-listed instruments as domestic — which would have allowed local pension funds much greater access to offshore investments — was suspended "with immediate effect" this week. The National Treasury and the Reserve Bank say that’s to "reduce the scope for ambiguity related to compliance with the prudential framework for regulated funds". We asked etfSA director Nerina Visser what’s going on.

What did it mean, initially?

When you look at the ability of inward-listed products and therefore foreign-referenced assets to be listed and traded on the JSE, with no impact to the macro-prudential limits of institutional investors, then I do believe it would be a massive relaxation of exchange control.

When you look at a globally referenced exchange traded fund (ETF) listed on the JSE, for the retail investor, that is seen as a domestic asset. So I could invest R100m that way and it wouldn’t affect my R11m a year that I could physically take out of SA. Institutions could not do that — and if in future they can invest in similar things on the JSE, seen as domestic and not foreign assets, it would open up opportunities. But it’s not the only legislation in play, and that’s where a lot of confusion last week came from.

Clearly, given the decision to pull the circular, we got ahead of ourselves?

What are some of those consequences?

Potentially, significant outflows of capital. The authorities are actually trying to relax exchange controls and they are doing that, but the problem is that it could be applied in different ways. So, it could play straight into the hands of people who make investment decisions on a very emotional and inappropriate basis. To some extent I’ve found that regulation 28, with all its flaws, at least has helped to protect people from themselves. For example, that you’re not allowed to withdraw from your funds until you’re 55 — if it was more readily available I can assure you that people would draw money a lot sooner and for a lot of very bad reasons.

Also, I don’t think it’s prudent to have 100% of a retirement fund for an SA citizen invested offshore. I think 30% is way too low, but the ideal should fit somewhere in between.

If the circular is reissued, and becomes law, will it complicate things for the pension fund industry?

I don’t believe it complicates things further down the line, once we know what the new rules or limits are. For retail investors, actually very little changes because they could already invest as much as they wanted to in foreign- referenced assets. There’s still major debate about if you invest in a Satrix World ETF on the JSE, are you really invested offshore?

But I like using the example of buying Belgian chocolate at my local Spar. Where I’m buying it is familiar to me and I understand how it works. But what I’m buying is still Belgian chocolate. Now, the alternative is to get on an airline and fly to Belgium and buy my chocolate there. But it might be a tad more expensive and I can achieve much of what I’m after by buying it at my local.

Once we get clarity, could this be a boon for the ETF industry in SA?

Absolutely. And not just for the ETF industry but for any of the issuers that issue these products on the JSE. It’s derivative instruments, it’s debt instruments. This does represent a major opportunity for the investment banks too. As an institutional investor, what we’re going to find is that it results in a much broader range of investment opportunities for us on the JSE. Which is great — though it’s also going to mean we have to become more discerning as investors to say: "Which of these do I want?"

If it goes through, is it a mark of confidence in SA, in a way?

I see it as that. I do think they have been doing this in gradual steps for a number of years and I don’t think that we as the investing public give the Treasury and the Bank sufficient credit for the relaxation that they have introduced. Clearly, they understand that a lot of money is taken offshore and invested there anyway with very little peripheral benefit accruing to the SA economy. If we bring that opportunity to SA, you are definitely capturing more of the overall value chain, which can only be good for SA financial markets, capital markets, and ultimately the economy.