A bull market can disguise the most mediocre money managers, but it takes a crisis to prove one’s worth 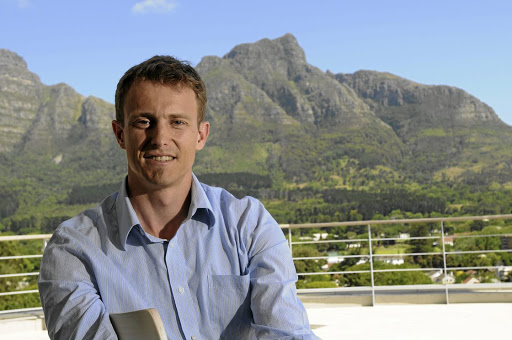 Karl Leinberger, chief investment officer at Coronation, has lived through a number of market crashes in his two-decade career in the industry.

But the 2020 Covid-19 market crash is right up there with the most intense he’s ever witnessed.

"There’s been a lot of industry debate about whether this crisis was worse than the global financial crisis of 2008," he says. "I feel it’s pretty similar, and that they were similarly demanding. While some say the global financial crisis was just a banking and liquidity crisis and that it was not as damaging for ordinary businesses, I feel they’re remembering it a little too fondly. Just like this one, everyone was hit and the (legitimate at the time) fear was that it would result in prolonged depression."

There was no sense, in January, that investments would be in this position at the half-year stage. Last year, as the Boston Consulting Group pointed out, total assets under management globally grew 15%, to $89-trillion.

In Africa, assets under management grew 11% to $1.4-trillion.

But then Covid-19 hit, and the bottom fell out of the market. On the JSE, for example, the all share index had tumbled 24.8% by the end of March. The Dow Jones industrial index in the US endured its worst start yet to a year, dropping 23.2%.

Smaller retail investors panicked, selling whatever they could. It was, perhaps, a natural emotional response.

Coronation, and many other large SA asset managers, waited. Not that it was easy.

Leinberger says while investment professionals would have hoped not to have lived through two such crises in 12 years, the fact is that the experience of 2008 probably helped.

"There was a two-week period where we had a complete paralysis of three or four systemically important markets, and at the time, it felt a lot like the 2008 crisis. Equity markets were tanking, bond markets were paralysed, credit markets had seized up, and it was all hands on deck," he says.

He says he’s never seen his team work as hard as they did during those few weeks.

The tricky part was to take a view on what impact Covid-19 would have, both in the short term on companies and economies, and over the longer term, when it came to company profits and balance sheet stresses, as well the long-term disruption of many industries.

Some industries, for example, will never be returning to the way they were once the virus has dissipated or a vaccine is found.

Education, for example, will now be far more of a digital enterprise.

Then fund managers had to assess the implications for investment strategy, and act.

It meant that those who’d done the work were well placed when, the very next month, the markets began to recover — rapidly. The S&P bounced 12% in April, followed by another 4.5% in May. The JSE followed suit.

"We are happy, and relieved, with the way our funds have come through the crisis," says Leinberger. "Though our equity funds were initially well positioned for the black swan, our multiasset class funds weren’t, being overweight equity. Fortunately, active asset allocation decisions made in the crisis, primarily cutting equity exposure early and then adding a lot of equity exposure close to the lows, positioned the funds well for when the markets recovered."

Pieter Koekemoer, Coronation’s head of personal investments, says the equity funds have, in the past year, outperformed 84% of competitors, while the multiasset funds are probably around the 50% mark.

"We’re very happy with the equity funds and while we would have liked our multiasset funds to perform better, they were slap bang in the middle, which wasn’t a disaster," says Koekemoer.

Value of a professional

It was something of a vindication of professional money managers, illustrating the value that active management of funds can bring.

Leinberger says this is what history illustrates: during a crisis, the opportunity for professional asset managers to demonstrate their value is greater.

"In a raging bull market when a rising tide lifts all boats, it’s often difficult to outperform. But during a crisis, like the one we’ve had now, professional managers get an outsized opportunity to pick stocks and add value from taking a unemotional, long-term view."

Koekemoer says this is why asset managers are paid, after all.

"Multiasset funds have struggled in absolute terms in recent years, not delivering the expected premium over inflation. Nonetheless, much of the critique of active managers is based on straw-man arguments, as those comparisons are made unsystematically, or using inappropriate benchmarks. We know, though, that we have to outperform, and that’s the challenge for our industry: to show that prudent and robust portfolios, professionally managed with rigour, discipline and a proper measurement of outcomes with regard to risk, can produce superior returns," he says.

Still, it’s jarring for the public to see the markets recovering so strongly when there’s been no such recovery in the real economy.

In SA’s case, GDP could fall more than 7% this year and unemployment, at the widest definition, could top 50%.

How does Leinberger reconcile that discrepancy?

Overall, he says, the S&P index is down just 3% this year. During a global pandemic, it’s a stunning result and largely due to the immense amounts of stimulus which have been pumped into the system, in part from the US Federal Reserve.

And yet, stock markets always move in anticipation of a recovery.

In 2008, Leinberger says, the markets rallied before there was any evidence of the green shoots.

"This time, in our case, we probably put on about three-quarters of what we would have liked to add in equities. But it’s critical to keep asking the right questions, about how much value you’re actually getting in an asset class," he says.

Not that Coronation has a particularly rosy view of the SA economy, which has some fundamental issues in rising debt, a low medium-term prognosis for GDP, and no real sense that President Cyril Ramaphosa’s reforms have taken hold.

It means that now, Coronation is biased towards stocks with limited exposure to the SA economy. Its funds, for example, include diversified miners like Anglo American, platinum stocks like Northam and Impala, British American Tobacco and companies like Naspers and Prosus.

How fund managers are placing their bets

Rezco is bracing for another big pullback, but most leading balanced fund managers are banking on shares
National
10 months ago
Next Article