Rassie’s place in the sun

Archie Henderson takes a look at ‘Chasing the Sun’, the documentary series about the Springboks’ path to 2019 World Cup victory 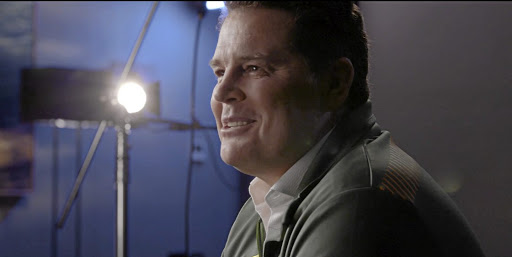 Rugby teams are a bit like Freemasons; very secretive. Whether it’s hiding extravagant salaries, injuries or lineout codes, teams are suspicious of outsiders.

Those allowed entry to the inner sanctum of the dressing-room are initiated through borselling. In English it means brushing, a tame euphemism for what really happens.

Springbok rugby teams are especially guarded, often because of many conflicted loyalties. Today this has changed a bit since the Kamp Staaldraad scandal. In 2003 an insecure coach and an incompetent CEO allowed a delusional ex-cop to run the Staaldraad "training camp" where brutality and abuse reduced the Boks to shivering wrecks. Literally.

Stripping Springboks of their dignity and forcing them, naked, into a dam of near-freezing water was part of breaking down the players after racial divisions had been exposed in the team, then building them up in time for the World Cup. A lot of good that did; the Boks were dumped out of the cup in the quarterfinals.

Sixteen years later times had indeed changed; the Boks had become sophisticated, and more open. A curtain was lifted on the players and it revealed a side to the Springboks few people had seen before.

We might not have watched rugby’s world champions in action this year, but DStv’s new series, Chasing the Sun, has compensated in a way that earlier Springbok teams would have regarded as heresy. Players were allowed to speak, even speak their mind — and on camera, and in an articulate way, whether in English, Afrikaans or Xhosa. There was none of the press conference blarney about "putting up hands" or "coming to parties". 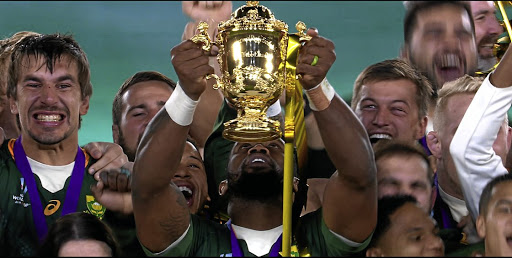 The five-part TV documentary began in desperation. The Springboks had lost to England, Italy and Wales on successive weeks in November 2016. Italy, for goodness sake! Then early in 2017 they lost 57-0 to the All Blacks. "People were pissed off," Imtiaz Patel, chair of MultiChoice, says in the first episode. He was being kind about the way people felt.

Former Springbok coach Nick Mallett, now a TV pundit, was blunt as usual. He said criticising the Boks was like "clubbing a baby seal". Naas Botha, once a famous Springbok himself, had been in despair even earlier, after the defeat by Italy: "Someone needs now to take responsibility. This we cannot accept."

Eben Etzebeth, who had captained the Boks against NZ that dreadful day in Albany, is still filled with remorse. "We said, we must never let this happen again."

But, indecisive as usual, the administration of SA Rugby prevaricated for almost a year before finding the courage to fire a coach who had been out of his depth.

Enter Rassie Erasmus, a prodigal son of SA rugby, who had left these shores for Ireland and Munster. Erasmus proceeded to change Bok rugby beyond all recognition, especially among black South Africans. It’s all there, with all its raw profanities, in Chasing the Sun.

Rassie was all about winning. "Don’t come here with other stories of inspiring people, unifying the nation, being role models. Don’t start with that shit," Erasmus tells his players in the first episode. "That shit is the spin-offs of winning." Springbok players had never been spoken to like that before.

Erasmus understood rugby and winning, and now he showed that for a white man from the Free State, and before that from the Eastern Cape, he also understood transformation, the great bogey that had eluded every Springbok coach before him.

"Our strategies, our goals were quite clear," he says in the series. "Winning and transformation, squad depth, experience. We are going to win and we are going to fix transformation. Now I’m talking black players on the field and black managers in the management."

Transformation was "the big elephant in the room", says Tendai "Beast" Mtawarira. "Every coach before Rassie was never addressing it properly. It was pretty different for players of colour, and for myself, and for the first six years of my career I was the only black player in the team."

The dashing wing Sbu Nkosi says: "Transformation had been looked at as a headache instead of a solution to a problem. He [Rassie] wanted to base his whole selection on merit."

Even for the white players, it was a relief. Malcolm Marx says: "You know where you stand. It’s not just a hidden agenda." Kwagga Smith adds: "He made all of us believe in the same thing … and it will make a difference." Bongi Mbonambi adds the rider: "Before you get there you must win."

Rassie, it turns out, is the star of Chasing the Sun. He’s always been a charmer, from his days as a handsome bloke growing up in Despatch in the Eastern Cape, to being a brilliant Springbok player, and in his early days as an eccentric coach in the Free State, sitting on the Bloemfontein grandstand’s roof, flashing different coloured lights as signals to his players on the field.

In the documentary, it turns out, he has a subtle, psychological touch too. "Go out there and f*** them up," he tells his players at one point.

Two men who were probably instrumental in getting Erasmus back to SA were Jurie Roux, CEO of SA Rugby, and Patel. A deal was struck, most likely on a Cape Town beach, according to the documentary. Money would have changed hands. Probably big money. Not just money, though.

Two TV cameramen, Russell Belter and Sean Everett, were embedded in the Bok team and have come up with the most intimate film footage ever shot in the Bok inner sanctum.

So Erasmus came home, bringing with him from his brief spell as coach at the Stormers a rugby defence guru, Jacques Nienaber, who is now the Bok coach.

"Who did I want to bring here?" Roux tells Chasing the Sun. "The guy who should never have left."

While at Munster, Erasmus and Nienaber had gone to watch a disorganised and chaotic Springbok team lose to Ireland the year before his return. They sat among the Bok fans in Dublin and in Erasmus’s mind, the Boks should never have lost because the numbers didn’t add up. "We have 1,100 professional rugby players; Ireland have 160." Upon his return, Erasmus would find the best 30 or so players among that thousand.

Within two games, he had also found his captain. Siya Kolisi was "the right guy at the right time", he tells the camera. Kolisi, it turned out, was also not so windgat (a favourite Rassie word) that he couldn’t ask for advice from teammates in his first test as skipper. As the Boks stood behind the posts, 24-3 down against England at Ellis Park, he appealed to those around him, some of them veterans of the rugby struggle.

"The best thing he [Siya] did was to rely on the guys around him. He even said, ‘I’m not the best experienced guy but I need you guys to help me’," Mtawarira tells Chasing the Sun. And they rallied to their captain, coming back to win 42-39.

It was a fairytale finish to a rugby Test match that had begun so auspiciously, then threatened to end in tears. A throng of rugby fans from Zwide, a neglected relic of apartheid near Port Elizabeth and Kolisi’s home, had hired taxis and buses to come to Ellis Park. They called themselves the Gwijo Squad.

And when Kolisi led his team onto the field for the first time, Kaunda Ntunja called the game in his and Kolisi’s native Xhosa more like a praise singer than a rugby commentator. Ntunja, who died earlier this year aged 38 and to whom the first episode is dedicated, called Kolisi "a cement truck with no reverse gear".

It is one of the poignant moments in the first episode. Another is when Rassie speaks of Makazole Mapimpi, a man from backbreaking rural poverty who had learnt his rugby at a school that no longer even exists. Mapimpi worked his way through club rugby in East London, into the Border team, then into the now defunct Southern Kings. Someone noticed him, because Erasmus found him at the Sharks.

Then, on a November night in Yokohama last year, Mapimpi became the first Springbok in three Rugby World Cup finals to score a try. Rassie has tears in his eyes and a choke in his voice as he talks about it. Chasing the Sun is a tearjerker, but with a happy ending.

Sport has been nixed but, as Luke Alfred explains, that doesn’t stop us reliving the games and goals
Life
11 months ago

What does it take to write a good rugby book? Eddie Jones and Donald McRae show how it’s done
Life
1 year ago
Next Article

1.
Tokyo Sexwale's private island
Life / Travel
2.
These are the 25 best adventure destinations in ...
Life / Travel
3.
Amid the wreckage, one cinema shines — The Labia
Life / On The Screen
4.
A sanctuary from home (and office)
Life
5.
SA cricket being held to ransom
Life / Sport

1.
Tokyo Sexwale's private island
Life / Travel
2.
These are the 25 best adventure destinations in ...
Life / Travel
3.
Amid the wreckage, one cinema shines — The Labia
Life / On The Screen
4.
A sanctuary from home (and office)
Life
5.
SA cricket being held to ransom
Life / Sport