Sport has been nixed but, as Luke Alfred explains, that doesn’t stop us reliving the games and goals 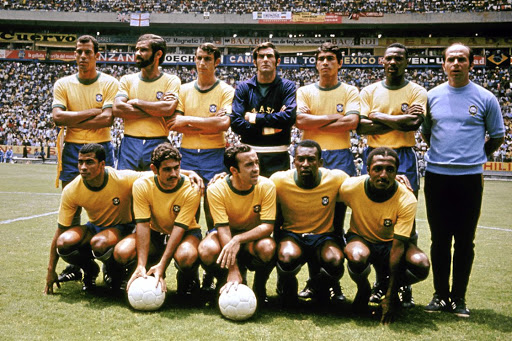 There aren’t many upsides to battling the Covid-19 lockdown, but one very slight advantage to the lack of live sport is that it allows fans to reorganise and rediscover their sporting memories.

It’s a bit like compiling your all-time favourite playlist, except instead of having Van Morrison’s Moondance at number four, you’ve got Cheslin Kolbe skinning Owen Farrell for that famous try against England in the Rugby World Cup final in Yokohama last year.

With no matches to look forward to, the lockdown has encouraged us all to look backwards into the great free archive of sporting material. We can trawl through YouTube’s back catalogue to matches we love, or players or teams we adore. 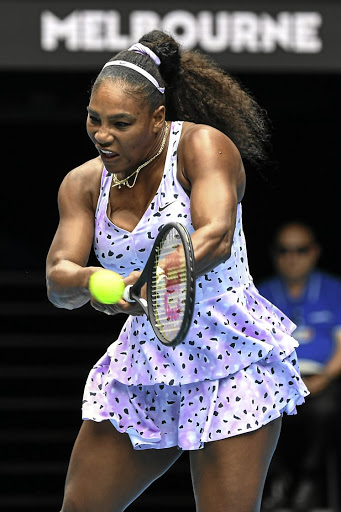 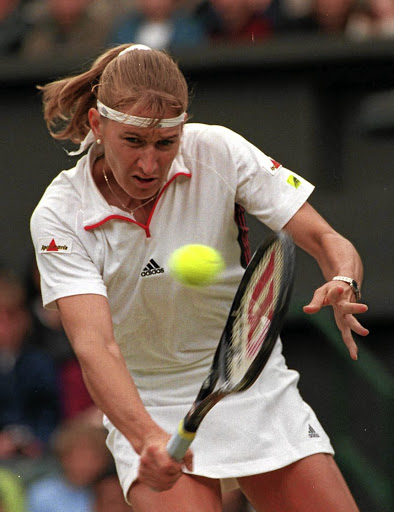 It’s a bit like meeting up with old friends after a long absence. Irish centre Brian O’Driscoll? He’s there. Fancy a Shane Warne highlights package? They’re there too. Dutch striker Marco van Basten’s best goals? Got that. Jaque Fourie’s best tries? No problem.

But lockdown doesn’t only mean re-acquainting ourselves with individuals and teams and series. No, sir. It means we can debate matters on social media like there’s no tomorrow, the kind of lockdown equivalent of getting together with our mates on Saturday afternoons.

Was Steffi Graf or Serena Williams the better tennis player? Was Matthew Hayden or Graeme Smith the better Test opener? Was the Brazil football side circa 1970 the best Brazil side ever? The best side ever, bar none?

Was it John McEnroe or Ilie Nastase who dropped the best Wimbledon tantrum? And was Tiger Woods (15 majors) or Jack Nicklaus (18 majors) the better golfer? Lionel Messi or Johan Cruyff? You, the jury, decide.

When compiling lists (best Springbok 15 ever, best Bafana ever) we’re invariably reminded of what we’ve forgotten. Chatting to friends about lists, therefore, becomes an exercise in re-assembling our collective sporting memory, the best we can actually hope for when there’s no live sport on offer. 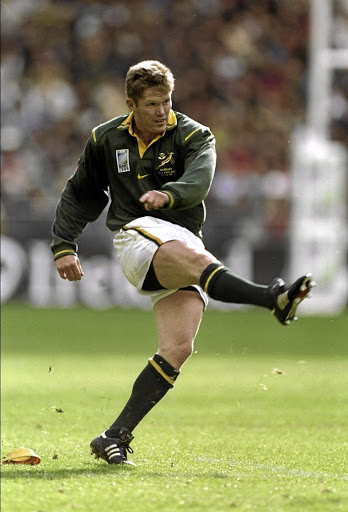 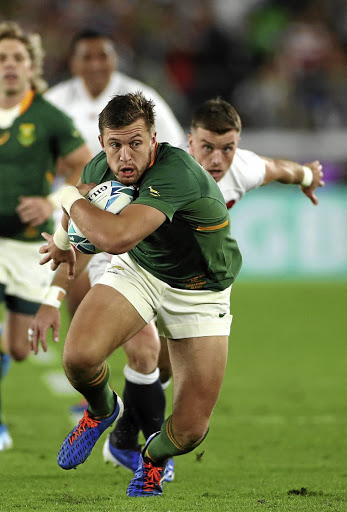 Sometimes it turns out that what you’ve forgotten, your mate remembers, and vice versa. Sometimes you both forget, sometimes you both remember. By way of example type in "Springbok flyhalves" on YouTube and you’ll find footage featuring match-winners Naas Botha and Jannie de Beer, Henry Honiball and Handré Pollard.

Such a search provides many visual highs but it will unfortunately also bring you Louis Koen and Braam van Straaten, players we are all only too pleased to forget.

Such is the nature of sporting memory: it leads us to reflect that there are sometimes good reasons for forgetting. Forgetting keeps us sane. Who really wants to remember the infamous tied semifinal against Australia at Edgbaston in the Cricket World Cup in 1999?

And who wants to remember our appalling 2003 Rugby World Cup run under Rudolf Straeuli and Corné Krige, or Uruguay’s 3-0 drubbing of Bafana Bafana in the 2010 World Cup? No-one does, no-one at all.

Forgetting isn’t only a reflex of self-preservation, it’s actively encouraged in the modern world because there is so much sport around. Pre-lockdown you’d see so much of the damn stuff in restaurants and in check-in queues at the airport. Upmarket dentists’ waiting rooms no longer had careworn magazines. They had televisions. Which showed sport. 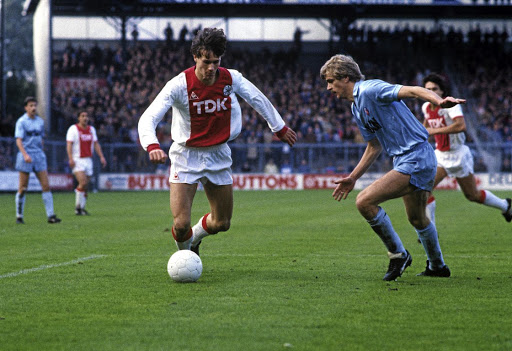 Life is a game

When all is said and done, there’s no escaping sport. It’s a bit of a virus. And because it’s everywhere, it’s easy to forget.

This isn’t only television’s fault. Take Fever Pitch, a 1992 book written by a nerdy Arsenal-supporting fan called Nick Hornby, which plays out these themes with wit and pathos.

Fever Pitch turns on a clever inversion. We naturally assume that in life there’s a great chain of priorities in which supporting a football team ranks somewhere in the middle. Other things are more important: birth, death, work, love and so on.

Fever Pitch turns this idea on its head. There is only one yardstick by which the meaningfulness of a life may be judged, the book claims, and that is who Arsenal are playing against, where, and what the score is.

Everything else, including Hornby’s depression, his relationships with women and his parents, are secondary. 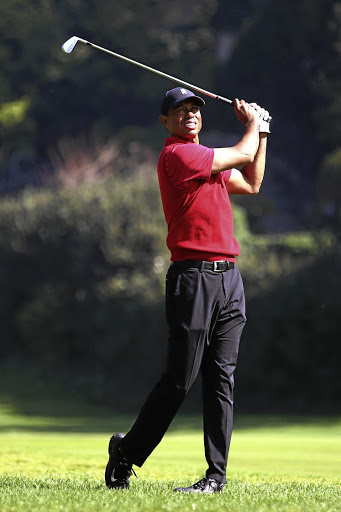 The problem, we discover, is that Arsenal have a nasty habit of disappointing their supporters. They’re respectable and sometimes even play attractive football, but they never win anything. Such is their curse — and Hornby’s.

Until the last game of the 1989 season, that is. The match is at Anfield, against Liverpool, and Arsenal must win by two goals to win the league title. Extra time arrives with Liverpool losing 1-0 — which means they are safe and will win the championship.

Suddenly, however, a speculative ball finds its way to Arsenal’s Michael Thomas, not far from Liverpool’s goal. Thomas benefits from a ricochet off a Liverpool defender’s shin and though three Liverpool defenders and the goalkeeper, Bruce Grobbelaar, converge on him, he keeps his poise and stubs the ball into the net.

With the goal Arsenal have improbably won the league, and Thomas rounds it all off with a cheeky somersault. You can watch it all on YouTube and see what you’ve forgotten.

In writing Fever Pitch, Hornby became partly responsible for there being no appropriate social distancing between sport and life. Sport, in the form of Arsenal, is far more important than life, says Hornby, and he makes an enjoyable case for arguing so.

Except that if the past seven weeks have taught us anything, it is that sport is not life. There are more important things than supporting Arsenal. Or Kaizer Chiefs. Or the Proteas or the Boks. The lockdown, in all its mind-numbing curtailment-of-ordinary-freedoms, is life — and it has frightened us all witless. 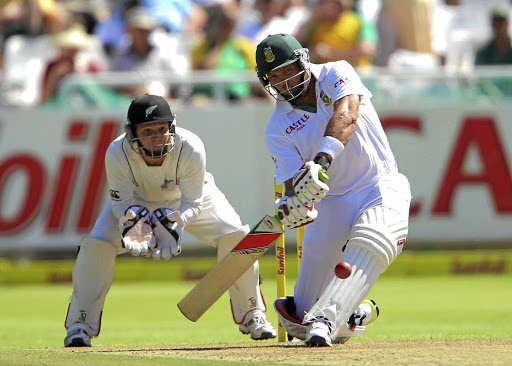 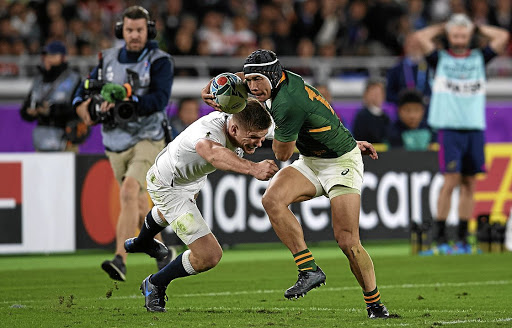 But the converse is also true — we need sport. And we need our memories of sport. They keep us sane. When it boils down to it, sport is shorthand for telling the (always more complicated) story of our lives.

We know that Orlando Pirates were playing against Golden Arrows (away) when our nephew was born; we remember that David’s 21st clashed awkwardly with Spurs’ equally awkward away tie to Aston Villa in the FA Cup fifth round. Joe got married on the same day as the F1 Grand Prix at Monza.

Looked at in this way, sport is the orchestra that plays the background music to the story of our lives. Without it we are lost. We become obliged to invest disproportionate meaning in drab alternatives — like lists. And endless trawling on YouTube.

We go back and look at things and sift through our sporting memories. We remember some of what we’ve forgotten and remember where we were when there was actually something to remember, wondering wistfully if we’ll ever be able to sit in the Newlands sun and admire a crisp cover-drive again.

As in other realms — politics, the economy, matters emotional — the lockdown has been clarifying. It has drawn a terrible line through what is important, and what isn’t.

FOOTBALL: Covid 1, rest of the world 0

With fans and players in lockdown, the immediate future of football is in limbo
Life
11 months ago
Next Article

Joe Louis — the heavyweight who punched through racial barriers

No crowd, no hugging, but French racing is back on track

This day in history: ‘Thorpedo’ blasts his way into swimming’s record books

Joe Louis — the heavyweight who punched through racial barriers

No crowd, no hugging, but French racing is back on track

This day in history: ‘Thorpedo’ blasts his way into swimming’s record books