FOOTBALL: Covid 1, rest of the world 0

With fans and players in lockdown, the immediate future of football is in limbo 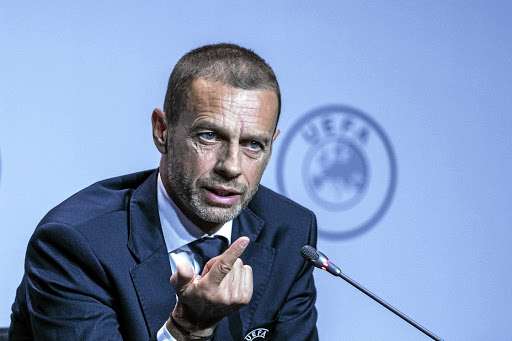 I’m feeling guilty. In the face of the awful number of lives lost, and so much economic devastation, football seems an irrelevant triviality. Yet I miss the fix of the beautiful game, and can’t help fearing for its future.

Football’s prize global audience and financial drawcards, the major European leagues, remain unfinished as the business of football has — like all enterprise — ground to an unceremonious halt.

The value of the industry will be depressed for some time. Even top-flight clubs are staring at utterly dried-up income streams — TV revenues will be slashed given the impending recession, giant sponsors are muttering about force majeure refunds, and match-day takings will cease given that fans’ attendance is prohibited — and, when they are eventually allowed back, many may fear going.

Football has fallen into a financial black hole.

To an extent, this can be alleviated — crucially, by completing the 2019/2020 season. But quite how this happens will require unparalleled ingenuity on the part of the game’s administrators.

Bizarrely, some are touting annulling the season. Aleksander Ceferin, head of European football governing body Uefa, initially despaired at completing European schedules, saying the "season may be lost". The implications of this apparently dawned on him subsequently, and after numerous reversals and equivocations his final word is a "strong recommendation" that the season must somehow be played out.

Italian football federation chief Gabriele Gravina has grasped more readily how fans feel, even if he expressed this in terms of legal complexities — he promised to complete the 2019/2020 Serie A fixtures even if matches extended into October, to avoid "an avalanche of litigation".

Uefa has now given all associations until May 25 to decide whether their seasons will be completed or cancelled, with a rider that final placings should be determined "on objective, transparent and nondiscriminatory principles" and "based on sporting merit". 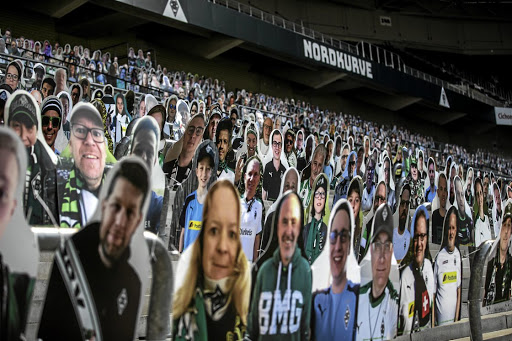 ‘Pappkameraden’: Cardboard characters that will be displayed at Borussia Mönchengladbach’s stadium should the Bundesliga continue with matches played behind closed doors. Picture: Getty Images/Christian Verheyen/Borussia Moenchengladbach

The annulment scenario has strong traction in England, where it’s especially popular with club owners, managers and players whose campaigns have underdelivered or whose teams are doomed to relegation.

Extinguishing the season suits these teams, naturally. They lose nothing, despite their failure. But their self-interested wish that nothing at all happened between late-August 2019 and March 2020 has a flip side — teams with glory in sight would simply have to swallow the bitterest pill.

In particular, spare a thought for Liverpool, on the cusp of fulfilling a tormented 30-year quest for the English Premiership title. The Reds are 25 points clear and need just two more victories from nine remaining games. Only Manchester City have a mathematical chance of catching them.

Senior City player and German international Ilkay Gündogan showed admirable integrity in admitting it would be acceptable to crown Liverpool even if the season couldn’t be played out, saying: "You have to be fair as a sportsperson."

At the end of the day, you need a result

Concluding games and competitions fairly is the essence of sport. Rules are flexible in allowing this, and many codes adopt discretionary or commonsense conventions to determine outcomes without the absolute finality of play. Golf allows for the gracious waiver of a straightforward putt; in chess, conceding a game is seen as the right thing to do when facing inevitable defeat. And cricket has its Duckworth-Lewis system, specifically modelled to prevent voiding a match.

The rationale is twofold: unresolved sporting issues are unsatisfactory and competitions require outcomes — but the inevitable can be bowed to.

Indeed, the moral case for fairness prevails even if something is ostensibly complete. This is the reason cyclist Lance Armstrong was retrospectively stripped of his seven Tour de France titles after being found guilty of doping.

True, financial pressures also apply. In England, the negotiating stance of broadcasters is a proportional £762m refund from Premiership clubs if the remaining scheduled matches do not happen.

How, then, to fairly wind up the 2019/2020 football season? Irrespective of the required timeframe, it makes sense to play out all remaining games, and then restructure next season. This will certainly mean matches in vacant stadiums, and an even more concertinaed, frantic scramble of fixtures. Further, drastic adaptations may be needed; ideas include neutral venues to dissuade fans from showing up, and allowing five to six substitutes to compensate for the higher risk of injury, fatigue or heat stress in the peak European summer months.

There is hope for a semblance of normality. In Germany, top clubs resumed training — in small groups, in zero-contact methods — on April 6, and the Bundesliga announced plans to begin again on May 9, with a detailed blueprint to ensure players’ safety. But just days later the country experienced a fresh Covid-19 spike, and the federal government may insist on a further delay — if it grants approval at all. The restart, now proposed for a week later, still hangs in the balance.

The Italian government has permitted sports training from May 18, an optimistic signal for Serie A clubs.

The English Premier League is in ongoing discussions with the government about "Project Restart", mooted for June 8. The secretary for culture & sport, Oliver Dowden, says he wants a restart "as soon as possible", but simultaneous government proclamations consistently warn of heavy risk and a need to prioritise testing and resources for the National Health Service.

Pundits who say playing out the season is pointless entirely miss the point. The notion that doing without sport is part of a sacrifice the world must make is a sanctimonious addendum to a social contract in which so many have already sacrificed so much. We all deserve little pieces of normal life back.

For most professional footballers that means going back to work. And for the billions of fans around the world, it’s being able to watch them on our TV screens — in muted safety, but at least with our hearts pumping again.

That said, football doesn’t happen in a vacuum. The game will stutter because people are suffering. Fans should realise that football may never be the same. As countries and communities ponder a reset, for millions around the world life without football remains unimaginable — even if the unimaginable has already occurred.

How important is football, then? Legendary manager Bill Shankly’s words have never rung more true: "Some people say football is more important than life and death. I am disappointed with that attitude. I assure you, it’s much more serious than that."

KEVIN MCCALLUM: Bikes make for a good ride to the new normal

Cycling ticks many of the boxes called for during lockdown, and should be looked at as an aid to fighting the virus
Opinion
11 months ago
Next Article