Hitting the right note at the Mozart Festival 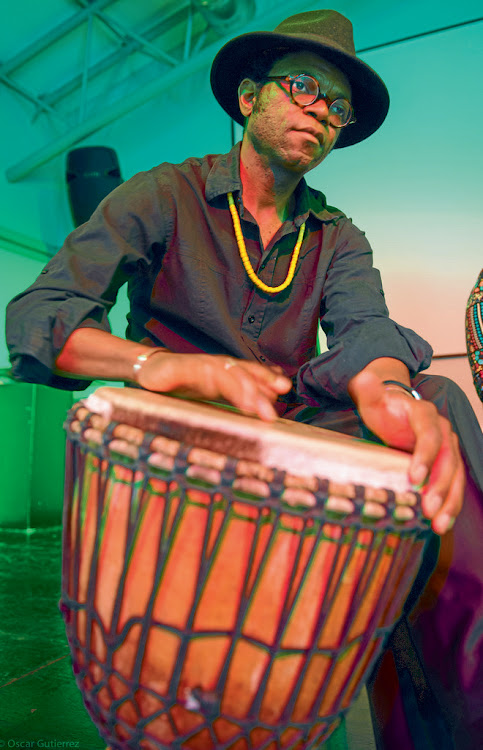 Uhadi or ugubu is a string instrument that is indigenous to SA and traditionally played by women. It stands alongside other indigenous instruments that are monuments to South(ern) African music making.

It is a riddle to try to record the notes of uhadi with any universal certainty in Western musical language.

This is perhaps because uhadi is tuned by hand and the gourd acts as a resonation chamber against the body of its player.

Much like the gourded string instrument, composer, performer and academic Neo Muyanga expresses himself in notes he has tuned himself to suit his own purposes.

For more than a decade, Muyanga has been composing, performing and analysing music that melds the sounds and traditions of indigenous African and Western art music, creating syncretic soundscapes from these musical aesthetics.

The quest for elegance is his overarching pursuit — whether this comes through trawling dusty university archives (including at Wits and Duke University in the US), composing an adaptation of Zakes Mda’s novel, Heart of Redness, or working with music theatre troupes in Egypt, Senegal, Brazil, Uruguay and India.

I’m not so interested in solutions. I’m much more a student of questions. I think asking refined questions helps us get to better vantage points

Some of the notes struck early on in Muyanga’s life resonate through his compositional, performance and analytical work. A chord exists between his upbringing in the Soweto of the apartheid era, a time of student-fuelled tumult, and his research into the music of sociopolitical unrest. He recently held public talks, entitled “Revolting Music”, which present some of the findings of his research into the roots of SA protest music. He is also currently researching songs inspired by sociopolitical repression in Egypt.

Another chord rings true. His studies in philosophy and physics at what is now the United World College Adriatic in Italy continue to play an important part in his world view.

Muyanga laughs about his turn to music, saying: “I wasn’t a successful physicist so I was advised by my professor to rather focus on the music.”

Until then, music had been a preoccupation for him. Today, he maintains an interest in physics and uses philosophical methods to reach solutions — but not too quickly. “I’m not so interested in solutions,” he says. “I’m much more a student of questions. I think asking refined questions helps us get to better vantage points.”

Muyanga’s latest gig is as composer-in-residence and composition mentor for the ninth Johannesburg International Mozart Festival. The festival is the brainchild of art music doyen Richard Cock, who is its founder and executive director.

According to Cock, this year’s festival theme, “That’s All Folk(s)”, was cultivated from years of tête-à-têtes he had with his indigenous music contemporary, Dizu Plaatjies.

Cock and Plaatjies agreed from the outset that creating a meeting point for indigenous and Western art music traditions meant fending off any form of tokenism.

“We don’t just want to plant one on top of the other,” says Cock. “It must be more of a sharing and a blending of these musical ideas. The link must be a deeper link, it’s not just two things stuck together; they must actually join and then move on together.”

This cannot be achieved with a perfunctory stroke of the conductor’s baton. There are philosophical, political and technical issues that need to be taken into account for this meeting place to not only be aurally pleasing but also to place both musical traditions on a fair and equal political and philosophical footing. 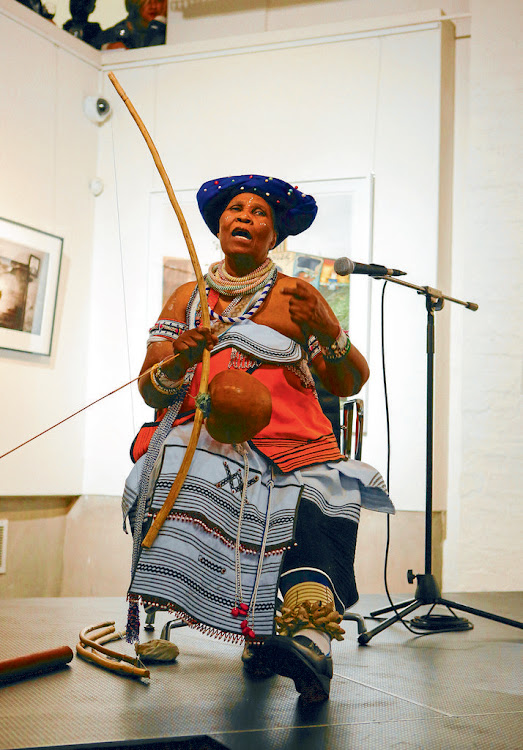 Western art music is expensive to stage, which may be why it’s considered a music of the elite. Cock admits that it would be difficult to rid this music of its reputation, given the cost of rehearsing and staging shows in relation to the paucity of funding from government. As a survival method, Cock has sealed partnerships with various sponsors and partners to ensure the festival’s survival and thematic curation.

To further the conversation on hybrid, syncretic musical aesthetics, Muyanga has been mentoring three young composers — Kingsley Buitendag, Lungiswa Plaatjies and Prince Bulo — in the creation of works that feature local instruments alongside a Western chamber music string quartet. The project, called Re Mixing Music, is part of a longstanding partnership between the Mozart festival and the Goethe-Institut.

The young composers’ musical backgrounds determined the difficulties they each faced in composing their works, which will premiere on January 28.

For Buitendag, who read for his master’s degree in jazz composition & performance at Rhodes University, the opportunity opened his mind to a musical universe he had yet to explore. He says: “It’s been a challenge in two months to acknowledge that I know very little about traditional African music. And even more of a challenge is getting the string quartet to play with the nuance of African music.”

For Bulo, who describes himself as Xhosa, born in Johannesburg and living in Durban, the technical complexities of the task have been most challenging. “I can’t write for violin when I don’t know how high or low it can play,” he says. “So I’ve had to learn that and then take that into my maskandi [folk music], which is translated on bass guitar. All of those challenges have become rather sweet.”

A search for elegance

The difficulty of the task set before his charges does not interest Muyanga as much as its complexity. For him, the two are worlds apart — and the reward for surmounting complexity is elegance. “I think what makes a good crafts-person composer is the patience to work at finding or reaching the elegance.”

Muyanga says composers work with proportions to produce useful work. But he quickly warns: “I am not saying it becomes pleasing ... pleasing might be one of the things that it does, but it may also be unpleasing. But what interests me more than what is pleasing is something that is useful.”

University of Cape Town ethnomusicology lecturer Michael Nixon says: “The piano is a brutal thing, it is the product of the industrial revolution.”

For Nixon, an important hurdle to overcome when bringing African and Western musical traditions together on the same stage is ensuring that the instruments of each tradition are audible while not losing their individual nuance.

“To me, uhadi is actually a really subtle instrument, so if you start playing it next to a piano, for example, then you’ve got to mic-up the uhadi so loud that it becomes this electric uhadi,” he says. “It becomes a completely different instrument. It’s no longer this soft thing that goes with the voice where you really need a quiet ambience.”

This is an important consideration, but if indigenous SA music is to reach audiences en masse, acts such as those of Dizu and Lungiswa Plaatjies have to perform within the festival framework — with high-powered amplification of their instruments.

For Muyanga the philosopher, these technical challenges of the process speak to a more complex challenge that humanity grapples with.

“The primary conversation about how you make community is how we first have to accept that we are all different,” he says. “We’ve all got a different outlook and [have] to set a playing field that feels equivalent and level for the people who are the players. But it’s also a way to find compromise so that you’re able to share a platform with a different intention, a different volume, a different technical make-up. And I think it’s the ultimate lesson that we need to learn as human beings.”

The Johannesburg International Mozart Festival will be held from January 27-February 5 at venues throughout Johannesburg. Bookings at Computicket

1.
Inside the stories that made our history
Life / Books
2.
Thirsty? Take refuge at this embassy
Life / Food
3.
ARCHITECTURE: South Africans shooting the lights ...
Life / Art
4.
How Britain lost its crown jewel in the East
Life / Books
5.
The Bellini — a perfect cocktail
Life / Food

Live Art 2017: Creativity from the continent

Live Art 2017: Creativity from the continent

1.
Inside the stories that made our history
Life / Books
2.
Thirsty? Take refuge at this embassy
Life / Food
3.
ARCHITECTURE: South Africans shooting the lights ...
Life / Art
4.
How Britain lost its crown jewel in the East
Life / Books
5.
The Bellini — a perfect cocktail
Life / Food