Register on BusinessLIVE at no cost to receive newsletters, read exclusive articles & more.
Register now
Life / On The Screen

Pay for one month of Showmax, keep streaming for three 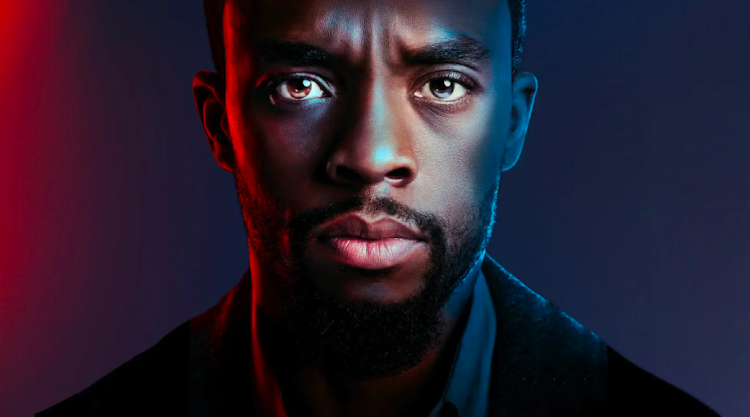 Subscribe to Showmax right now and take advantage of their three-for-one deal: pay for one month and keep streaming for three.

Tali’s back! In the hilarious mockumentary Tali's Baby Diary, an unexpected pregnancy forces Tali (Julia Anastasopoulos, aka SuzelleDIY) into a desperate pivot from Insta-influencer to wholesome momfluencer, as Darren (Anton Taylor) and Rael (Glen Biderman-Pam) navigate the choppy waters of the Cape Town property game. But as the nine-month clock ticks down, Tali and the boys are forced to face the bigger questions about life, love and parenthood.

21 Bridges stars the late and legendary Black Panther, Chadwick Boseman (who also produced the thriller), as Andre Davis, an NYPD detective who shuts down the island of Manhattan to find two suspected cop killers.

The cast includes J.K. Simmons (Counterpart) and Sienna Miller, and is produced by Captain America and Avengers: Endgame directors Joe and Anthony Russo. The film has a 91% audience score on Rotten Tomatoes, with the UK’s Observer saying, “There’s a pulpy, comic-book noir to this highly enjoyable thriller.”
March 11

We Are Who We Are season 1

We Are Who We Are follows a group of teens growing up on an American Army base outside Venice, Italy, struggling to find their own identities as they move into young adulthood. The cast includes Jack Dylan Grazer (It, Shazam!), Chloë Sevigny, Francesca Scorcese (yes, she’s Martin Scorcese’s daughter), and breakout star Jordan Kristine Seamón.

The eight-part HBO series has an 88% critics’ rating on Rotten Tomatoes. The New York Times calls it “a finely detailed, living fresco of libido and intoxication”.
First on Showmax on March 1

Jane Levy (Suburgatory) was nominated for the 2021 Best Actress Golden Globe as Zoey, a young woman who suddenly gains the ability to hear other people’s innermost thoughts ... in song.

Golden Globe winner America Ferrera and her team are back at work at supersized megastore Cloud 9. The new season of the ever-popular workplace comedy opens with immigration officers coming for Mateo and the arrival of a robot (named Glen) that’s designed to replace some of the staff. The fifth season has racked up a 100% critics’ rating on Rotten Tomatoes.
Binge from March 1

Murder mystery Hightown, set in the beautiful but bleak Cape Cod, follows Jackie Quiñones, a hard-partying addict whose journey to sobriety is overshadowed by a murder investigation.

The series is executive produced by multiple-Emmy winner Jerry Bruckheimer, who’s produced everything from the CSI franchise and The Amazing Race to the Pirates of the Caribbean movies — and another Showmax series, LA’s Finest, starring Gabrielle Union.

It stars Teen Choice nominees Chicago Fire’s Monica Raymund and Chicago P.D.’s Gabriela Dawson, and Lie to Me’s Ria Torres, and has an 80% critics’ rating on Rotten Tomatoes. The series has already been renewed for a second season.
Binge episodes 1 to 4 from March 12, and episodes 5 to 8 from April 9.

It’s a cruel world for TV shows right now, where a gem like the reboot of the Golden Globe-winning family series Party of Five can get cancelled despite a 96% critics’ rating. Still, we have one lovely season for the whole family to enjoy.

The teen drama follows the five Acosta children — Emilio, Lucia, Beto, Valentina and baby Rafael — as they navigate daily life and struggle to survive as a family in the US after their parents are deported to Mexico. It has all the heart of the original, with a social conscience for today’s world.
Binge from March 1.

Action, crime and horror come together in this grindhouse movie that sees a group of war veterans put their lives on the line to defend a young woman taking shelter in their local VFW (Veterans of Foreign Wars) bar when a deranged drug dealer and his relentless army of drug-addled punks come for their stash. It has an 81% critics’ rating on Rotten Tomatoes.
March 4

Hit action thriller Angel Has Fallen — the third instalment in the Fallen film series — stars Gerard Butler as Secret Service agent Mike Banning, who’s framed for a drone attack on the President of the US (Morgan Freeman). This action-packed crowd-pleaser has a 93% audience score on Rotten Tomatoes and was nominated for a 2020 World Stunt Award. UK’s Observer calls it “a doom-invoking, cathartic and strangely satisfying head-trip”.
March 4

Writer-director Jason Orley was nominated for the Grand Jury Prize at Sundance 2019 for this coming-of-age film that has an 85% critics’ rating on Rotten Tomatoes.

Strait-laced teen Mo comes of age under the destructive guidance of his 23-year-old best friend, an aimless, drug-dealing college dropout played by Pete Davidson (SNL). IndieWire calls it “a portrait of youth in revolt”.
March 13

Keira Knightley leads this 2020 British comedy-drama is based on the true story of the women who disrupted the 1970 Miss World pageant. Misbehaviour is a feel-good flick with 85% critics’ rating on Rotten Tomatoes.

It stars Gugu Mbatha-Raw alongside Loreece Harrison and The Crown’s Emma Corrin (who’s mother is from SA) as SA contestants Pearl Jansen and Jillian Jessup respectively.
First on Showmax on March 18

Jessie Buckley (Misbehaviour) shines as Rose-Lynn, a fresh-out-of-jail mother of two from Glasgow who dreams of becoming a Nashville country music star.

The role earned Buckley a nomination for a 2020 Bafta for Best Leading Actress, and a win at the 2019 Scotland Baftas, where the movie won Best Feature. It’s earned its lead widespread critical acclaim. The Telegraph calls the film, “irresistible,” saying, “In Jessie Buckley, a true star is born”.
March 29

Alongside these recent additions, Showmax is also bringing you Oscar winners such as 12 Years a Slave, Cate Blanchett’s Carol and Room with Brie Larsen, and classics such as Al Pacino’s Scarface. Look out for biographies, including Jackie and Diana and festival favourites The Beguiled, with Nicole Kidman and Brooklyn with Saoirse Ronan. 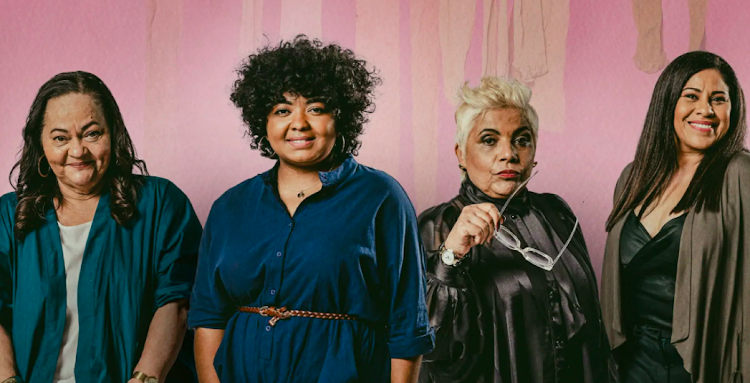 Swirl is a brand-new coming of age comedy movie in English, Afrikaans and Afrikaaps. Picture: SUPPLIED/SHOWMAX

Swirl is a brand-new coming of age comedy movie in English, Afrikaans and Afrikaaps. With her inner GPS firmly set on kroes-control, hairdresser Elaine Williams has to navigate tricky and treacherous terrain in the rocky, wild landscape of hair on the Cape Flats. 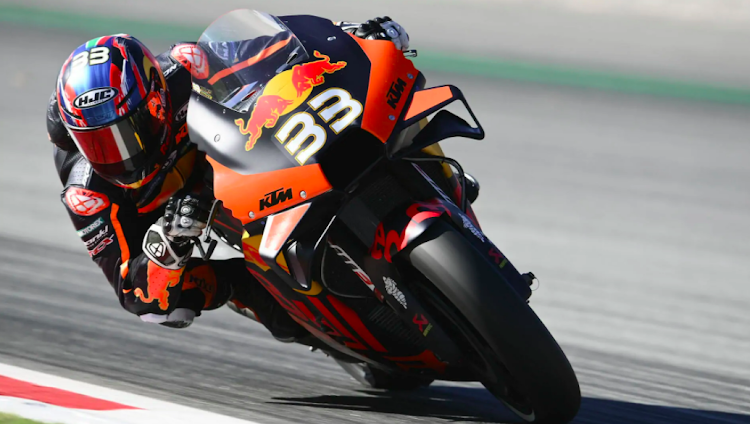 He’s only 25 but Brad Binder is well on his way to becoming a MotoGP legend. In 2016, he was the first South African in 35 years to win a motorcycle Grand Prix, and winning the 2020 Czech Republic motorcycle Grand Prix made him the first South African to win a MotoGP championship race. No-one was surprised when Brad took home Rookie of the Year at the end of the season. This doccie about his incredible story so far is coming first to Showmax Pro on March 12, and to other Showmax packages on March 26.

This documentary has been dominating social media chat since its recent debut. The four-part series explores the nearly 30-year-old allegations of child abuse against director Woody Allen and explores the unconventional family’s life in detail.
Watch from March 15.

In March 2020, as the coronavirus pandemic spread across the world, sports arena fell silent. Emmy-winning director Antoine Fuqua (What’s My Name: Muhammad Ali) chronicles the abrupt stoppage, and the complex return, to competition in the summer and autumn.

The HBO documentary interviews key figures, including NBA Players’ Association president, Chris Paul, to an NFL Super Bowl champion who volunteers in an ER, to a defending WNBA champ who decides to sit out the season in protest at racial injustice.

The Day Sports Stood Still is coming first to Showmax shortly after its debut in the US.

Pay for one month of Showmax, keep streaming for three

1.
Thirsty? Take refuge at this embassy
Life / Food
2.
Inside the stories that made our history
Life / Books
3.
WATCH: How to know if you’re exercising hard ...
Life / Health
4.
Kevin Anderson — a minor hero in the golden era ...
Life / Sport
5.
Hillbrow: Then and now
Life

1.
Thirsty? Take refuge at this embassy
Life / Food
2.
Inside the stories that made our history
Life / Books
3.
WATCH: How to know if you’re exercising hard ...
Life / Health
4.
Kevin Anderson — a minor hero in the golden era ...
Life / Sport
5.
Hillbrow: Then and now
Life