Want some chilling insight into the world we suddenly find ourselves in? Watch a classic horror movie or two, writes Yunus Momoniat 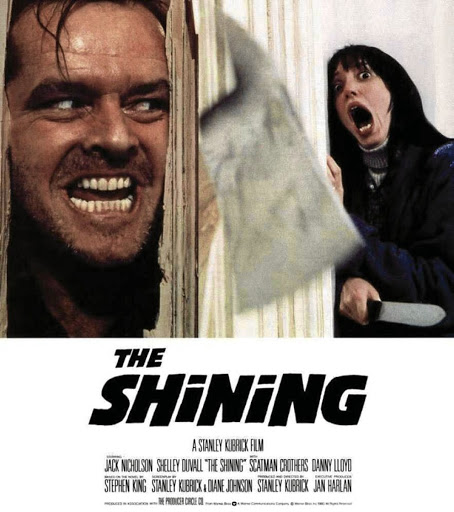 Horror films yield surprising, if not unexpected, insights into the unfolding of the plague we are embroiled in. Death, isolation, fear and paranoia are essential elements of the genre, as perhaps in pandemics.

Three films give us quite different perspectives on the plague. The Seventh Seal, almost a horror film, is more an existential meditation; The Last Man on Earth depicts the horror of an unfolding plague, while The Shining is a psychological study of a family in lockdown.

"When I was born in 1918, my mother had Spanish influenza." So begins The Magic Lantern, the autobiography of Ingmar Bergman. He himself almost died, but was nursed to health by his grandmother, and ever since was haunted by the notion of death. "As far back as I can remember, I carried a grim fear of death, which during puberty and my early twenties accelerated into something unbearable." 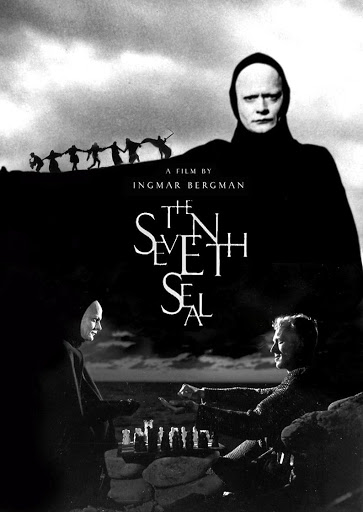 Bergman’s films are almost always about the struggle to find meaning in life, and that is the central theme of The Seventh Seal. A knight, Antonius Block, journeys home from the crusades during the Black Death in the mid-14th century to save his marriage, but he is doomed to die before he can try.

In a startling strategy, Death is represented in the film by a figure dressed in black, with face painted white, who hovers over the living. When Death appears to Block at the opening of the film, the knight challenges Death to a chess game which will decide his fate. Thus he secures some time to complete his quest for meaning in life.

Block laments that he has been abandoned by God, who remains silent and absent. "It’s as if there was no-one there." He wants direct knowledge of God. The film takes its title from The Book of Revelation which speaks of the breaking of the seventh seal, from where Block expects to learn the secret of existence. But he never learns the secret.

While the plague is not the central focus of the film, Death is; but the plague is the horizon. It is also the cause of many happenings in the film, such as the identification of a 14-year-old girl as a witch, who is blamed for the disease and set on fire. In another scene, Jof the clown is humiliated by people at an inn, their cruelty a brief respite from anxiety.

Priests determined what people did during the plague, much like our scientists do today, who are perhaps as clueless as the priests were then. An artist avers that the plague is a punishment from God as he paints scenes of frenzied self-flagellation and death stalking the living.

Block loses his chess game with Death, who reveals no truths, but the knight does save the lives of the clown and his family, a measure of salvation. The film ends with Death and his charges doing a merry dance.

Critics often saw the film as an allegory of the fear of the atom bomb, as the Cold War — a kind of plague — unfolded.

For Bergman, described by Woody Allen as "the poet of mortality", the plague is always already there, part of the human condition, death awaiting us all.

A vastly different movie is Sidney Salkow’s low-budget The Last Man on Earth, based on a novel by Richard Matheson. The film became a kind of template for movies about zombies and the undead, even if the genre preceded the movie.

It opens with shots of desolate blocks of flats in a city in the US (though it was filmed in Italy), the music weaving an ominous atmosphere. Empty streets, abandoned cars with doors left wide open, evoke death even before we see bodies strewn on sidewalks.

Set in September 1968, Vincent Price plays Robert Morgan, the only survivor of a global plague, who has for three years led a solitary existence. But he is not alone, for the earth is roamed by the infected: vampires who emerge only at night because, like Dracula, they cannot survive sunlight. Nor can they abide mirrors, or garlic. This extreme picture of social distancing renders the infected as inhuman, indeed another species, a glimmer of the stigmatisation practised today. 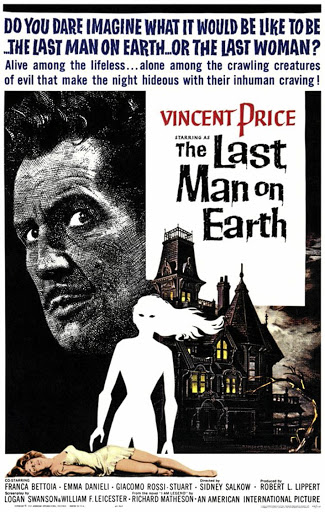 Morgan’s routine is to "go to work" every day searching out and destroying zombies, and securing food and supplies. We follow him as he gathers fuel, food, mirrors and garlic — much as we now frequent supermarkets, deriving a strange comfort from stocking up. After a day’s work, he barricades himself in his suburban home for 12 hours of lockdown.

With no-one to talk to, Morgan speaks to us, the viewers, as if delivering a monologue. When he tells himself he has to hold on to reason, the only thing he thinks that distinguishes him from the zombies, we wonder at his sanity.

In a series of flashbacks, we see how the situation has come about. An unknown disease arrives, killing people after making them blind. Prefiguring Covid, Morgan and his scientist colleagues speculate about how the plague is transmitted, whether it is carried by the wind. Morgan’s wife and daughter get infected and they pray for a vaccine as the government announces a state of disaster and prohibits gatherings.

Disposing of the dead becomes a logistical as well as humanitarian problem, and the marks of civilisation are dispensed with, one by one.

Eventually Morgan is killed by a species that has transcended zombiedom and become more, but not quite, human — they are the future.

Various remakes have since been made: Omega Man, starring Charlton Heston, was a mediocre and turgid rendition, while I am Legend, starring Will Smith, turns solitude into a party, according to one critic.

For pure horror, it is difficult to surpass The Shining, a movie not about the plague but cabin fever — or how we might respond to one another during lockdown. Based on a novel by Stephen King, Stanley Kubrick opens his film with haunting music by Wendy Carlos, her version of Dies Irae (Day of Wrath), a Roman Catholic requiem mass from the plague-ridden 14th century that also features in The Seventh Seal.

The Shining was panned by critics after its release in 1980, but has since been acknowledged as a masterpiece of the horror genre. In the movie, Jack Torrance (a manic Jack Nicholson), his wife Wendy (a simpering Shelley Duvall) and their son Danny live in isolation at the Hotel Overlook, where Jack loses his sanity and tries to butcher his family.

With a script constructed almost of non-events, the film provoked enormous speculation about hidden meanings. Some have read the hotel, built on the site of a Native American burial ground, as symbolising a powerful, secretive and corrupt US, and hinting at a founding genocide. Much of this reflects how history underpins and worsens inequalities, with the poor suffering the worst of fates during crises, as we are discovering with Covid-19.

But it is the dynamics of isolation that captivate us. Jack slowly but surely goes out of his mind while trying to use the isolation to write his Great American Novel. When Wendy discovers his "first draft" — hundreds of pages repeating a single sentence, "All work and no play makes Jack a dull boy" — all hell breaks loose. That one line condenses all the bitterness in Jack’s soul, which he blames on his family, seeing it as the source of his failure and misery.

Supernatural elements in the film emerge quite naturally out of the vicissitudes of isolation. Anyone locked down in a flat with a few significant others can testify to the febrile imaginings from too much contact with family and too little with the world outside.

Early in the film, the family discuss the Donner Party, when snowbound American pioneers resorted to cannibalism. Cabin fever is treated entirely differently in Charlie Chaplin’s The Gold Rush (1925), which was also partly inspired by the Donner Party. Here hunger makes Big Jim, stuck in a snowbound cabin with the Lone Prospector (Chaplin), each perceives the other as a giant chicken, and attacks him, fork and knife at the ready.

Little Danny’s visions in The Shining, on the other hand, come not from deprivation but his ability to "shine", to perceive what is underneath, overlooked, or in the future. Stark and frightening images overcome him: ghostly twin sisters invite him to die; blood floods out of an elevator (genocide?); an inversion of the word "murder" appears in a mirror — "redrum".

Certainly, lockdown can be a gruesome experience. Its SA version, of course, is gender-based violence, which Jack embarks upon at the Overlook Hotel. But he is ultimately foiled.

What Pieter Dirk Uys and others are doing during lockdown

1.
Buying into the all-new Springbucks
Life / Sport
2.
EATING OUT: The bold and the bountiful
Life / Food
3.
What’s new on Showmax in March 2021
Life / On The Screen
4.
These are the 25 best adventure destinations in ...
Life / Travel
5.
Christo Wiese: The three lessons I learnt from ...
Life / Books

The problem with Hollywood’s relationship with Black Lives Matter

Past, present and future come together seamlessly in Spike Lee’s latest film

The problem with Hollywood’s relationship with Black Lives Matter

Past, present and future come together seamlessly in Spike Lee’s latest film

1.
Buying into the all-new Springbucks
Life / Sport
2.
EATING OUT: The bold and the bountiful
Life / Food
3.
What’s new on Showmax in March 2021
Life / On The Screen
4.
These are the 25 best adventure destinations in ...
Life / Travel
5.
Christo Wiese: The three lessons I learnt from ...
Life / Books