The story of Andy Watts, who, after accidentally falling into whisky, immersed himself in its allure and changed the local landscape 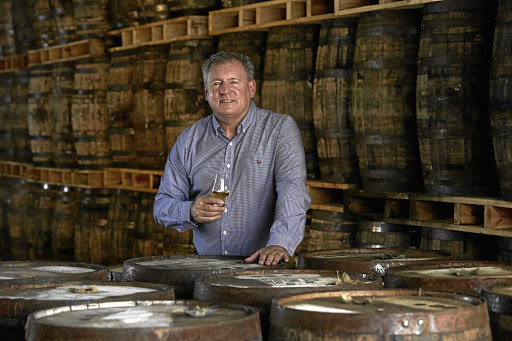 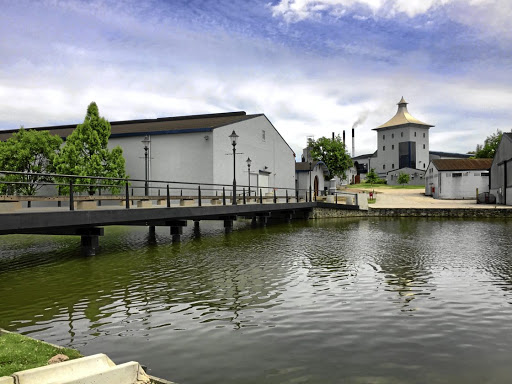 There’s a lot to be said for belief. Informed by purpose and rewarded with results, it sneers at limits, cajoles the imagination and loves to unexpectedly change the game. It has a habit of hijacking everyday narratives and challenging the protagonist to trust its absurd suggestions. You don’t always see belief coming, and not everyone answers its call, but when they do, the incredible happens.

In late 1982, Englishman Andy Watts, formally known as the head of whisky intrinsic excellence at Distell, came to SA to spend a season playing cricket for Boland. Few back then envisaged he would go on to revolutionise the local whisky industry, but after more than three decades, and with a string of international awards to his name, he is globally acknowledged as one of the finest whisky makers of recent times. Clearly belief played a big part in propelling him from batting to barrelling but, as seems appropriate for a story as unbelievable as this one, his journey was set in motion by none other than Peter Kirsten.

"I was looking for somewhere to escape the cold English winter and I asked Kirsey to help," he says of his then-teammate at Derbyshire. Two weeks later he was in the picturesque Western Cape town of Wellington, playing for the club and coaching schools. His rather unconventional contract secured him part-time employment at Stellenbosch Farmers’ Winery, where he spent afternoons in the blending room, planning matches and crafting spirits. As one does.

This new setting, with its foreign language, welcoming climate and mountainous backdrop, was not as culturally shocking as it was enticing. He was figuring out how to blend and had fallen for a local lovely, so, when released from his contract with Derbyshire, he accepted the position of blending manager. The stars had shifted into unforeseen alignment and Watts believed this was where he needed to be. He rolled up his sleeves and got working.

Back then it wasn’t all whisky, but that soon changed. He was invited to attend a work function with visiting directors from Morrison Bowmore Distillers, most likely, he suspects, because he was one of the few employees who could speak English and understand Scottish. He immediately connected with the owners, who were impressed enough to invite him back to Scotland to learn more about the whisky business. And so, between 1985 and 1989, he spent many months in the country’s top distilleries, learning from legends like Jim McEwan, developing his passion for whisky and figuring out how to take what he’d learnt in cold, murky climes and apply it to an obviously warmer local landscape. That, understandably, did not all go according to plan.

SA’s whisky ambitions in those days were hardly noteworthy. The lack of formal production processes was made worse by a tricky climate and a market dominated by brandy. Watts found himself off the map, far from any solid counsel or comparable environment, on the periphery where, as he puts it, "’n boer maak ’n plan". He had the backing of his employers and the wisdom from his travels, but more than anything he had belief in our country’s ability to produce exceptional malt and grain whisky. His faith was put to the test. In a big way. He spent years mastering the science of distillation, finding the right temperature for fermentation, nailing down consistency and dealing with the angel’s share (the amount of alcohol lost to evaporation). It was trial and error, expectation and reality, tradition and intuition. And then … he started to make magic.

He introduced a Three Ships Five Year Old in 1992 and later a bourbon cask finish. The former went on to win numerous accolades, including the World’s Best Blended Whisky at the 2012 World Whiskies Awards, while the latter is the first blended whisky made entirely from local ingredients. In the late 1990s he toyed with the idea of a single grain, practically unheard of at the time, then realised this dream in 2009. Now, 10 years on, Bain’s Cape Mountain Whisky is globally celebrated. Named World’s Best Grain Whisky in 2013 and 2018, it was recently released as a 15 Year Old, inspired by a specially commissioned expression that Watts created for dignitaries attending Barack Obama’s speech at last year’s Nelson Mandela Annual Lecture.

Mark Hughes, a web developer by day, but better known to drammers for his popular Whisky Tasting Fellowship blog, befriended Watts in 2011, and lists his modest passion, deep knowledge and dogged perseverance as personal attributes that have defined his success. Hughes tells a story of how, in a drive to bring his creations to new global markets, Watts was humbly happy to man stands in large American stores — what were essentially Makro outlets — in an effort to win over more fans. Very few shoppers stocking up on bulk deals would have known that the person offering them a free sip would, in 2018, receive the Global Icon of Whisky Master Distiller/Master Blender Award. "If it wasn’t for Andy Watts, SA whisky wouldn’t be where it is today," says Hughes.

Watts’s mission to change how local whisky is perceived is brought to life in The Master’s Collection, an annual series of Three Ships expressions finished in a variety of different casks. This limited range has become a must-have for collectors who are asked yearly to get involved in a whole new way of purchasing. Every year, around Heritage Day, he takes to the internet and hosts a live broadcast where he sits and chats for hours, taking the viewer on a tour through the James Sedgwick Distillery, sampling a few drams and eventually settling in front of an impressive wall of bottles, a limited selection from the expression being launched. Thanks to an interactive interface, consumers can choose a bottle number, click on it and secure it right there and then, tastefully finished with its creator’s signature.

This perception-shifting drive is aligned to a vibrant Three Ships marketing campaign that features the likes of cricketer Lungi Ngidi, ballerina Kitty Phetla and skateboarder Kent Lingeveldt, each showcasing their unique crafts in the distillery’s warehouses. The collaborative, empowering spirit of these content pieces reflects the atmosphere that Watts encourages in his team. He trusts other tasting opinions, has trained some exceptional staff members and enjoys a close relationship with the heads of Bunnahabhain, Tobermory and Deanston, the three Scottish distilleries that Distell now owns. A regular Instagrammer, he is as comfortable on social media as he is around pot stills or at the tasting table. "To have credibility you must be able to be there for the good and the bad," is how he explains his willingness to engage on these platforms.

A common trait appears to underscore the many different hats that he wears: Watts is an adaptable explorer. He enjoys what life throws at him, and quietly believes in his own ability to take it all on. And the thing with belief is that often, to the believer, it’s not such a big deal. The observer sees it as a very serious, all-consuming commitment, but in reality, it’s usually just a guy getting things done. "No-one is fanatically shouting that the sun is going to rise tomorrow," wrote Robert Pirsig in Zen and the Art of Motorcycle Maintenance.

Watts is a man with no need to shout. He has carved his niche with a focused dedication to his craft, a generous spirit and a love for the social occasion. And so, this Englishman who just could not bring himself to leave, who enjoys mountain biking and family time, who values teamwork, relationships and special memories, who has never tasted coffee and mostly enjoys a good glass of wine, just so happens to make some of the world’s best whiskies, right here on our doorstep. He has always believed he could. Thankfully, now, many others believe he has.

• Watts will be at The Only Whisky Show in Sandton on July 25 and 26. Tickets for this gathering of die-hard enthusiasts are available from whiskybrother.com — and take note, there are only 450 available for each night.

SHIRLEY DE VILLIERS: Where has Ramaphosa been for the ...