ART: Faces of a changing country 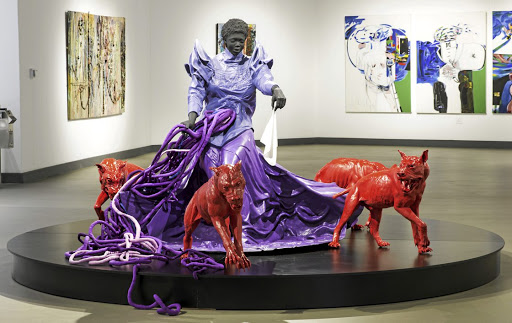 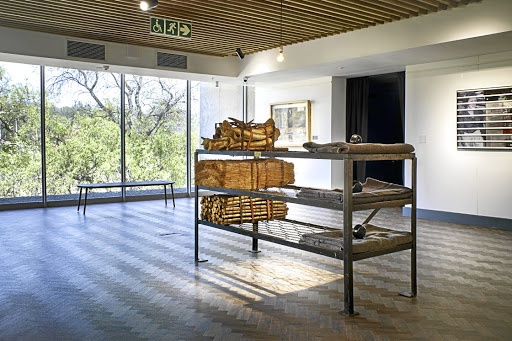 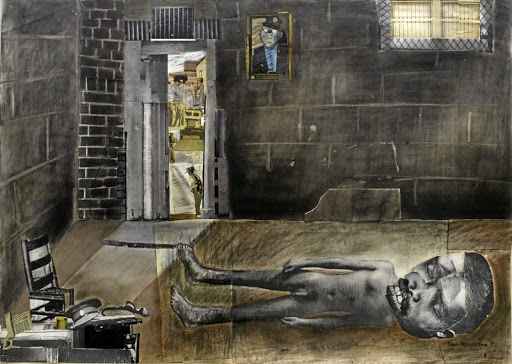 The Cry of Man (1958). Much of Pinker’s symbolism viewed the canvas as a means of escape from the realities around him. This work features symbols that recurred throughout his career — the donkeys, the crucifix, the insect and birdlife.

South Africa 1959, addresses the injustices, destruction and pain brought about by a political ideology. In Adams’s triptych, the brutality of the system is clearly seen in the figures stretched across the three canvases. It predates the Sharpeville massacre by a few months. 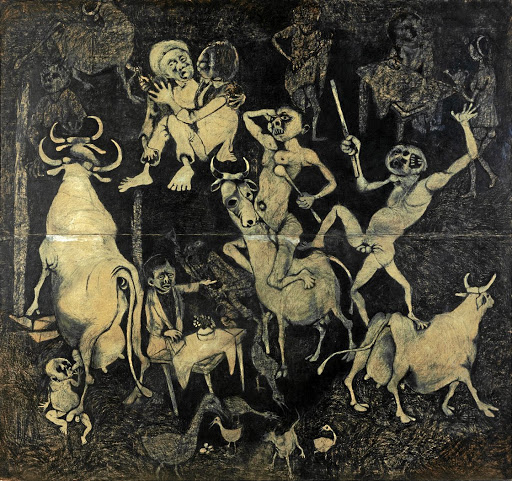 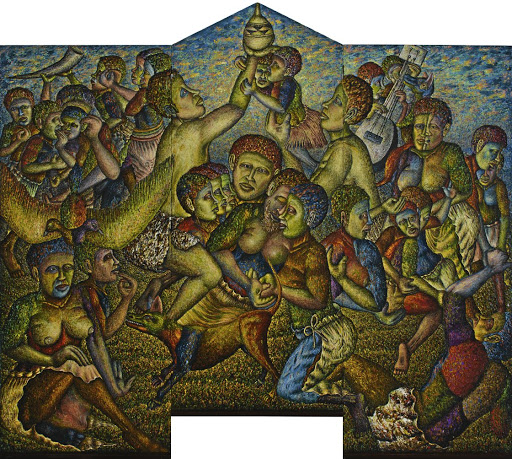 African Guernica expresses the anguish Feni felt at the dispossession and dislocation apartheid forced on him. The reference to Picasso’s work, made 30 years earlier, provides a context in which Feni’s protest against apartheid mirrors Picasso’s comment on civil war.

Exiled King is undated but a similar work in a 1965 exhibition in London dates it early in his career. Maqhubela’s style had already moved from social realist representation and he was developing a personal iconography influenced by his roots and the modernism he found in Europe.

The timing of Hostel Monument for the Migrant Worker, is crucial to its meaning. Goldberg constructs a critique of migrant labour. The work evokes the prison-like conditions common at the time — all in the immediate aftermath of the 1976 Soweto uprising. 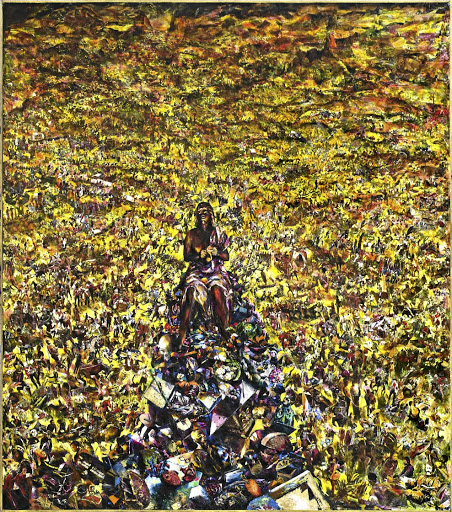 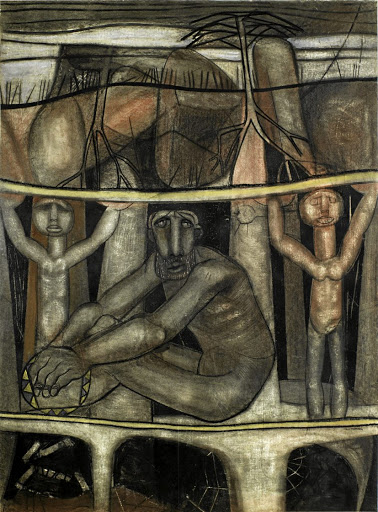 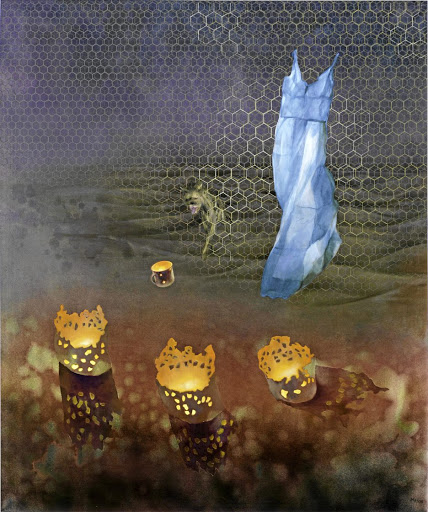 The Triple Gates of Hell was Hodgins’ largest work at the time. In his satirical vein and with his renowned use of colour, Hodgins depicts an ambiguous tableau of evil, using his most characteristic targets — Ubu-esque business moguls and military figures.

Patience on a Monument represents colonialism in decline and refers to Africa represented as a figure sitting on a pile of debris representing the detritus of war. The female character "Patience" suggests a black woman indifferent to this chaos, but a figure of strength.

Steve Biko was the most prominent political figure killed by police under apartheid. With his death as the subject, It Left Him Cold is considered Nhlengethwa’s pivotal collage work. The quiet horror of the scene is emphasised by the monotone palette, unusual for Nhlengethwa.

The Man Who Sang and the Woman Who Kept Silent details two cases presented before the TRC. Harald Sefola was abducted, tortured and electrocuted in a field near Witbank. Awaiting death he sang Nkosi Sikelel’ iAfrika. Phila Ndwandwe was tortured, naked, under police interrogation. Before she was executed she made a pair of panties out of a plastic bag to cover herself. It is to this garment that the blue dress refers.

The work, Untitled, illustrates a precolonial Africa. This mythical tableau is notable for the matriarchal nature of most of its characters. It highlights Sebidi’s distinctive style, with colour juxtapositions, symbolism and pointillist technique.

Cianfanelli built the sculpture Release to commemorate the 50th anniversary of Mandela’s capture near Howick in 1962. From one angle, the steel tubes render a version of Mandela’s face, as if behind bars. From another, the full face resolves itself, as if on being released.

Cry Havoc — Sibande has built much of her work around the theme of women’s domestic work. The idea of an alter ego called Sophie grew out of this. Sibande has said Sophie is a tribute to her great-grandmother, a domestic worker.

• Till is director of the Javett Art Centre at the University of Pretoria and director of the Apartheid Museum. The art depicted here is from 101 Collecting Conversations: Signature Works Of a Century, which is now being exhibited at the centre

PETER BRUCE: Business should take the lead by trusting ...