At 64, Kentridge is probably SA’s most famous and highly respected artist, with the kind of international status that none of his contemporaries can claim.

Often, his bigger works are seen around the world before they eventually make their way to SA. Last year’s The Head & The Load, for example, was a huge hybrid performance work including actors, dancers, music and art, commissioned in the UK to commemorate the centenary of World War 1.

It dealt with the forgotten black African porters or "carriers" who took part — and often died — in the war. It debuted at the Tate Modern in London and has toured around the world. Word is we’ll see it here next year.

This time, however, the biggest and the best exhibition is taking place on home ground. This massive survey of Kentridge’s work arose from two independent invitations from Zeitz MOCAA and Norval Foundation, and he saw the opportunity to do "a more generous rather than more restricted exhibition", which grew into the show as it is now, covering 40 years of work.

The exhibition fell quite naturally into two parts.

"Norval Foundation has a space that’s devoted to sculpture, so it was fairly obvious that would be an exhibition of sculptures," says Kentridge.

"It meant that everything else could find its place in Zeitz."

The exhibition of sculptures is a first, covering about two decades of work. Kentridge’s "sculptural practice" as it is called, because it’s not just traditional sculpture, has its origins in the props he made for his operas and animations, but now he has public works in a number of cities around the world, including Fire Walker in Newtown, Joburg.

The works at Norval Foundation include iconic Kentridge images that have been worked up in plaster and cast as monumental bronze sculptures, plus some new works commissioned especially for this exhibition.

The exhibition at Zeitz MOCAA fills five independent spaces throughout the museum. It covers his famous charcoal drawings as well as all the other diverse media he’s dabbled in and invented, including woodcut prints, stop frame animation, tapestries, installation and video. Interestingly, faced with the prospect of filling the famously sculptural BMW Atrium, Kentridge says: "For me it became clear that I wasn’t going to make an object to fit into it." Instead, he worked with five composers and made a sound installation. 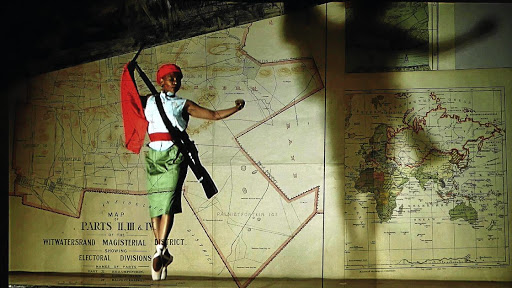 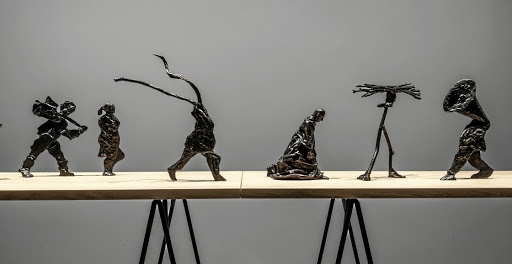 "A lot of exhibitions are project-based to look at one particular body of work," says Kentridge. The breadth of this one called for another organising principle so, at the heart of it all, rather than a theme is a focus on the role of the studio in Kentridge’s career.

It’s the place where all the fragmentary information from the world is received and transformed into the momentary truths or vanishing meanings that the artworks become, and which have become part of the country’s visual lexicon.

What are you waiting for?

Both exhibitions run through to March 2020.

The recently relocated Long March to Freedom is a heritage monument that’s engaging, uplifting and absolutely worth a visit
Life
9 months ago

Limited air travel will not save airlines, says ...

BUSI MAVUSO: Onus is on business to ensure there isn’t ...

A third of tested miners are positive for coronavirus ...