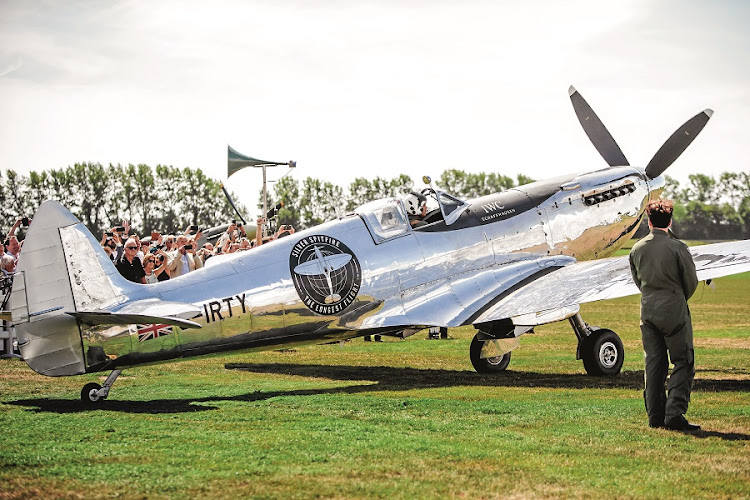 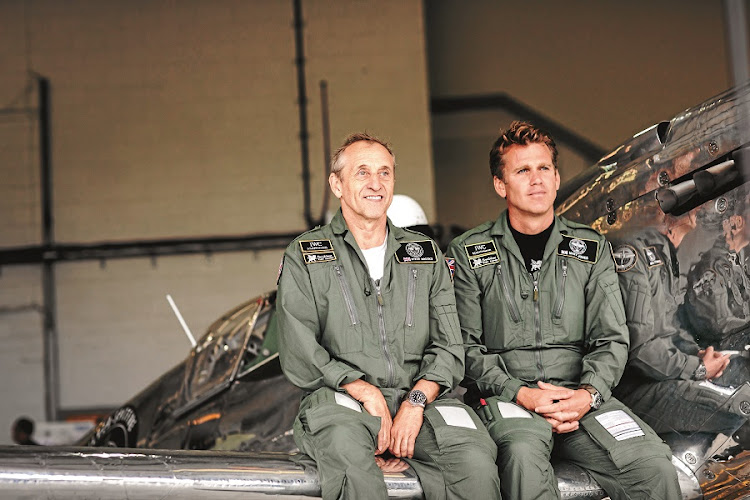 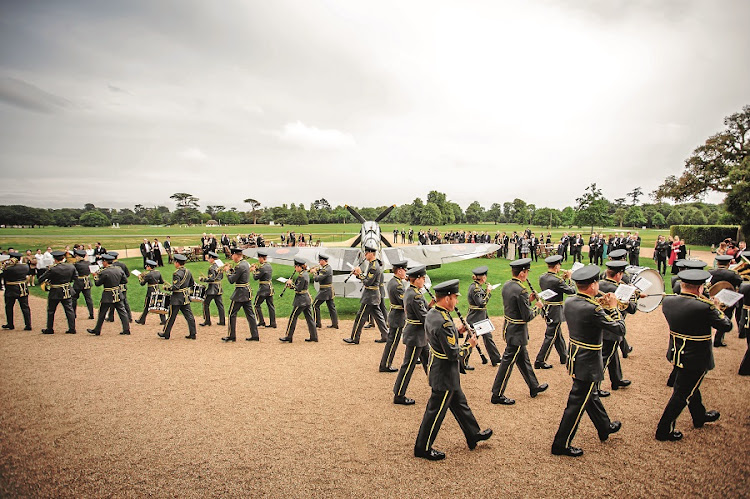 The world is watching as two pilots and a 1943 warplane attempt to cover more than 43,000km across more than 30 countries in just four months. Circumnavigating the globe? It’s a pilot’s Everest.

By the time of going to print, aviation fans had seen them travel safely through the Faroe Islands, Iceland, Greenland, Canada and well across the US after leaving their Goodwood Aerodrome base in the UK. They’d watched via the live tracker on the website, their own flight trackers, or in person. Some spotters have seen them flying over their homes while others have been alerted to the aircraft’s presence by the sound of that unmistakable Rolls-Royce Merlin engine while sitting in their gardens.

Of course it’s not just any aircraft, and these are not ordinary pilots. The Mk IX Spitfire — an emblem of freedom across the globe — was designed as a single-seat, short-range, high-performance interceptor fighter aircraft by Reginald J Mitchell and used by the Royal Air Force (RAF) and other Allied countries before, during and after World War 2.

The men with a mission are UK-based Boultbee Flight Academy founders Steve Boultbee Brooks and Matt Jones. Jones, 44, is a Spitfire, helicopter and business jet pilot while Brooks, 57, is an avid explorer and pilot whose record-setting achievements include being the first person to fly a helicopter from pole to pole in 2004.

The establishment of the academy is a product of their passion for Spitfires, which they wanted to share with as many pilots as possible. The decision was sparked by Brooks’s purchase of a two-seater Spitfire on auction 10 years ago. The aircraft has been used to teach about 2,000 people to fly, and is in fact registered in SA. According to Brooks, "somebody found it in a scrapyard near Cape Town in the 1980s and started rebuilding it. That’s our main machine … that’s our love, the SA one."

I chatted to Brooks about their adventure when I met him at the watch fair — Salon International de la Haute Horlogerie — in Geneva earlier this year. Both he and Jones were there to engage with international media, VIP guests, celebrities and clients alongside their main expedition sponsors and timekeepers, IWC Schaffhausen. The Swiss watch manufacturer launched a new Spitfire line in its Pilot’s Watches collection at the prestigious watch fair and had two Spitfires there to mark the occasion. "Spitfires are so special, and so emotive, and yet they were kept behind red ropes and no-one was allowed near them," says Brooks. "We came up with the idea of the academy to let people fly them and touch them."

Boultbee Flight Academy is the world’s first Spitfire training school, and offers Spitfire training to certified pilots, a ground-breaking Spitfire flight simulator for nonpilots, and Spitfire experience flights around the UK. "And then we bought the single seater," adds Brooks. "They were all single seaters originally; only a few were converted after the war."

News about their investment quickly spread to 22 countries. Astounded, Brooks and Jones realised that "the whole world loves the Spitfire. So now the idea is to take the Spitfire to the world …"

Over the past two years, the 76-year-old polished aluminium beauty, originally built in Castle Bromwich in Birmingham, UK, has been demilitarised to make space for the fuel required to complete the up to 100 flights necessary to achieve the objective. The aircraft must be fully serviced after every 25 flying hours and refuel every 750km. "We don’t need any ammunition, so we take the guns off, take the ammunition off, put some large fuel tanks in, so we have a huge range," says Brooks.

In preparation for the expedition, the warplane was taken apart and rebuilt at Duxford, Cambridgeshire. It features a new engine and slight modifications to better cope with the longer distances, as well as more advanced avionics and safety gear.

"A Spitfire isn’t meant for this, I can tell you that," says Gerry Jones, 39, Boultbee Flight Academy chief engineer in a report by The Telegraph. "They can do a maximum of around 400 nautical miles in one go, and once the engine’s started, they can’t sit on a runway. It won’t be easy — we predict that something will need doing to it every 25 hours."

It was flown by pilots from Australia, Canada, Norway, Trinidad and the UK. 401 Squadron was heavily involved in D-Day as well as the European offensive in 1944. Spitfire MJ271 moved to The Netherlands with the Canadian pilots, where it became “overstressed” as a result of 10 dive-bombing missions and was sent to a repair and salvage unit on Christmas Eve.

The aircraft was eventually passed to the Royal Netherlands Air Force in 1946 with the designation H-8, later becoming 3W-8 for more than 70 years before rolling into a hangar at Duxford to begin its transformation. Now restored and renamed Silver Spitfire, this aircraft is considered one of the most original airworthy Spitfires in the world.

The removal of the plane’s guns and ammunition enhances its timeless design, now gleaming in a "bare metal" state. Its elliptical wings help shape a unique silhouette, and make the aircraft extraordinarily agile and easy to manoeuvre.

How does it feel to fly? "The more you forget that you’re in a machine, the more they feel like your own wings," says Jones.

Thrilled to finally be able to begin their great adventure after a series of successful test flights, G-IRTY (the Spitfire’s modern registration) and the team found themselves "enjoying an extended stay"at RAF Lossiemouth in Moray, northeast Scotland, thanks to unfavourable weather conditions approaching Iceland. Jones attempted the crossing but turned back to the safety of Scotland after encountering heavy cloud formations en route. On August 8, they set off for the Faroe Islands, Iceland and Greenland before reaching the northern tip of Canada in some favourable weather conditions by day seven. The Greenland-Canada route took 2 hours 40 minutes and used 201 gallons of fuel.

The Silver Spitfire is accompanied by one support aircraft, a PC-12, flown by flying instructor and former RAF pilot Ian Smith. But what if something goes wrong? "There’s always a risk; we’ve got one engine. So if something happens, we bail. We parachute with a dinghy attached to us," explains Brooks. "You have it on a lanyard, so it’s attached to you when you climb out, but you have to disconnect it so that it hits the ground before you. If you land with it still attached, you’ll break your legs. If you land on water, then you get in the dinghy and survive."

@running_dogz You flew over my house, it was absolutely amazing to see — so shiny from the ground. I was just looking at the live tracking and realised you were heading over the northeast and there you were.

@cogfire That unmistakable sound. Out for a mountain bike ride above Guisborough and then I heard it. Looked up, couldn’t believe it, the Silver Spitfire. Awesome to see.

@du.roc Godspeed to a fantastic adventure. It is people like you who make us all dream. See you in Villars-sur-Ollon soon.

After several stops in the US and Canada, the Silver Spitfire will visit Russia, Japan, China, South Korea, Cambodia, Laos, Thailand, Myanmar, Bangladesh, India, Pakistan, Oman, the United Arab Emirates, Kuwait, Jordan, Egypt, Malta, Greece, Italy, Switzerland and France before returning home on December 8 2019, if all goes according to plan.

During their journey through the different time zones, Brooks and Jones will wear the limited edition Pilot’s Watch Timezoner Spitfire Edition "The Longest Flight"(Ref IW395501).

To keep track of time in each new time zone, all they have to do is turn the bezel to the desired location.

The Spitfire watches are inspired by the Mark 11, the iconic navigation watch produced in Schaffhausen for the RAF from 1948, and incorporate IWC-manufactured calibres. "We do like these guys because their very concept is about function," says Brooks. "In a Spitfire, there is no floor because you don’t need a floor. IWC’s design ethos is similar when they’re making watches in that they only have the bits they need."

After the final build-up, the team is thrilled to be on the move to "share the glory of the Silver Spitfire with the rest of the world", says Brooks. "It’s a huge undertaking, and a privilege to be involved in such a project. Now it’s time to make history."

In the leafy suburb of Constantia and nearby areas, Richard Holmes discovers a little-known corner of the Cape’s history
Life
1 year ago
Next Article

The Booker prize longlist is out

The forgotten stars of SA golf

The Booker prize longlist is out

The forgotten stars of SA golf

Public will soon be able to complain directly to NPA ...

How can shareholders put stock in Nampak’s future if ...