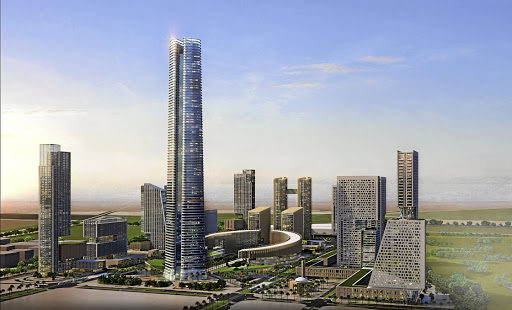 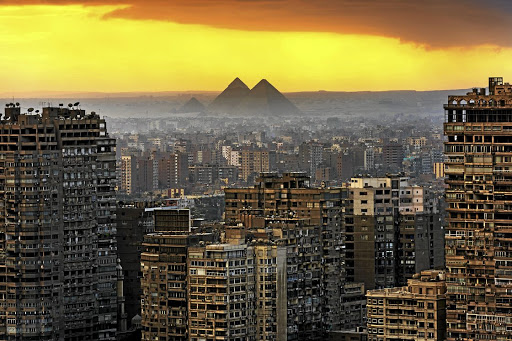 Maybe it’s fitting that the first day of LafargeHolcim’s big-name Forum for Sustainable Construction in Cairo was marked by tension: between the ostentation of energy-guzzling megaprojects, and the architects trying to find new ways to build sustainably.

One of the first speakers was Khaled Abbas, the Egyptian deputy minister of housing, who described how his department was building gleaming new cities in the desert. Their purpose is to alleviate the overcrowding in Cairo, which has a population of more than 20-million people, and is one of the fastest-growing cities in the world. About 500,000 people flood into it each year. (Joburg’s population is approximately 5-million.)

The biggest new desert city is the as-yet-unnamed capital, about 50km outside Cairo. It has been designed to accommodate more than 5-million people in an area of about 700km², roughly the size of Singapore, and is said to be the biggest planned city ever. It envisions a new lifestyle for Egyptians, and presents a shiny new image to investors, more like dazzling Dubai than chaotic Cairo. It will have a green lung — called a green river — twice the size of New York’s Central Park, with lakes and trees.

The jewel in the crown of its CBD, which will include about 20 towers, will be the Iconic Tower, which is gunning to be the tallest building in Africa. Work on it began earlier this year. It will be a 385m-high steel, concrete and glass skyscraper.

In addition to the new capital, numerous other "megaprojects" are being constructed rapidly. In Cairo itself, a 2007 plan has been revived to build the long-deferred Nile Tower, designed by Zaha Hadid. It is also a contender for Africa’s tallest building.

In a panel discussion after the deputy minister’s address, Pritzker prize-winning Chilean architect Alejandro Aravena, who was moderating the discussion, squirmed a bit as he pointed out that, far from being impressed, he was shocked by what he’d seen. Great big glass towers aren’t known for being sustainable. They are energy guzzlers. Building them uses a great deal of concrete, which is one of the world’s biggest emitters of carbon dioxide (CO²). Running such towers uses huge amounts of power. Egypt’s desert megalopolis will be a giant greenhouse gas factory.

The whole point of the conference was to address the fact that the single biggest source of CO² emissions in the world is the building industry. According to a report released in December last year by the UN Intergovernmental Panel on Climate Change (IPCC),construction is responsible for 39% of total energy-related CO² emissions and 36% of "final energy use". Conference booklets claim it is closer to half of all global CO² emissions.

The landmark Paris agreement on climate change, signed by 185 countries at the time of writing, aims to limit global warming to less than 2°C (ideally 1.5°C) above pre-industrial levels. For this to be achieved, the way we build will have to change radically.

The IPCC report states that "global warming is likely to reach 1.5°C between 2030 and 2052 if it continues to increase at the current rate". It also says that the construction industry needs to be "carbon zero" by 2050.

At last December’s Cop24 in Poland, the annual UN climate conference, cement industry experts agreed that CO² emissions from cement — about the same as the whole of the US — need to fall by at least 16% by 2030.

But most of the speakers and delegates at the LafargeHolcim forum seemed to think that it was much more urgent than that and that a dramatic difference needs to be made in the next five to 10 years. And yet, a stone’s throw from where we were, rivers of concrete were being poured.

As the conference delegates spoke and listened, it started to become clear that they were losing the battle. Those who attended were described as "350 leading thinkers from architecture, engineering, urban planning, materials technology, and the building and construction industry from 55 countries".

The new construction on the scale the Egyptian deputy minister was describing seemed to come as a shock to many at the conference.

LafargeHolcim is the biggest cement and concrete company in the world, and is supplying the concrete for the Iconic Tower and a number of the other landmark projects in the new capital, Suez Canal and various ports — though it is a new "sustainable cement solution with higher slag content" according to a press release. It should also be added that Aravena sits on the board of the LafargeHolcim Foundation for Sustainable Construction, which not only ran the conference, but was created to find sustainable building solutions. The foundation, while funded by LafargeHolcim, is a separate entity, distinct from the company.

It was interesting to see the ways interpretations and attitudes among the delegates to this slightly uncomfortable fact shifted throughout the course of the conference.

Abbas certainly found himself cast as the villain at the beginning. Not only did Egypt’s grandiose visions of a glass and concrete jungle seem dangerous and irresponsible in the face of a serious environmental crisis, but, slightly embarrassingly, the glittering metropolis Abbas was presenting wasn’t a vision of a bright future — it was an image of the mistakes of the past.

The keynote speakers at the conference included UK architect Norman Foster, designer of Apple Park in California, and speakers from other starchitect firms like Herzog & de Meuron, who did the Turbine Hall at the Tate Modern in London, and Diébédo Francis Kéré, the German-based architect of the 2016 Serpentine Pavilion in London, who is originally from Burkina Faso.

It became clear, as they spoke, that some incredible sustainable architecture is being built out there. Foster even told of a commission he’d received from the European Space Agency to design a lunar dwelling — a house on the moon. Building it would demand extreme efficiency in terms of space, materials and energy.

Working on that design brought Foster to the same conclusions as those seeking earth-bound efficiencies — not least the benefits of using local materials.

Foster proposed lunar soil as a building material. Kéré built wonderful sustainable school buildings with mud blocks, using traditional materials to realise modern design, but perhaps most crucially, engaging with communities to gain their buy-in and commitment to the project rather than a blunt top-down approach.

Christine Binswanger of Herzog & de Meuron spoke about how beauty is necessary when it comes to building sustainably. French architect Anne Lacaton, this year’s Mies van der Rohe prizewinner, who in her modest, understated way upstaged them all, took it a step further in an urban context, and spoke about how she’d used existing buildings, typically failed 1960s social housing projects, as building materials of the future.

But what the Egyptian megadevelopments we’d been shown made clear was that most of these beautiful, uplifting buildings didn’t really matter.

The real challenge was not how to perfect the brilliant ideas so many of the speakers had; it was how to get sustainable design and construction to catch on in a rapidly urbanising world with growing populations, especially on developing continents such as Africa.

"Combined with the overall growth of the world’s population," says the 2018 "Revision of the World Urbanization Prospects" report, this growth "could add another 2.5-billion people to urban areas by 2050, with close to 90% of this increase taking place in Asia and Africa".

The UN’s "World Cities" data booklet says: "Nine of the 10 cities projected to become megacities between 2018 and 2030 are in developing countries." (A megacity usually means a city with 10-million inhabitants or more.)

In a panel discussion at the end of the conference, the point came up that Western countries need to change the way they build not just for their own sake, but because they need to lead the way for the rest of the world. A statement last December released by the World Green Building Council echoed this sentiment: "Cop24 must mark the beginning of a major global campaign to take on this challenge — one on which Europe must lead the world." What some of the panellists in Cairo seemed to be saying was that developing regions like Africa will continue to copy Western examples of unsustainable architecture, unless European cities set better examples for them to aspire to.

By the end of the conference the villain of the piece was starting to look less like a megalomaniac African minister of housing and more like a paternalistic and condescending European architecture professor who had missed the bus. Of course, neither caricature is quite right, nor are they completely wrong.

Conference delegates were starting to appreciate the complexity of the situation. Nevertheless, it’s undeniable that much of what is being built in growing African cities, including Johannesburg, aspires to the failures of the West.

But more imported European architecture in Africa doesn’t really amount to a solution.

One of the closing speakers at the conference, environmental scientist and author of Cradle to Cradle: Remaking the Way We Make Things, Michael Braungart, said: "If you simply work to perfect the wrong design, all you end up with is a design that is perfectly wrong."

One thing the conference made clear was that the cities of the future need to be sustainable, and many of those cities will be in Africa.

All cities need to be radically reconceived in a way that recasts them as sustainable, productive and nurturing aspects of a broader ecosystem, rather than environmentally destructive consumers of the earth’s resources.

Another of Braungart’s memorable sayings is: "Being less bad is simply not good enough."

Climate change is a global problem. As the saying goes, we need to think global and act local. There is evidence in Asian cities that skyscrapers can be re-envisioned for different climates and cultures. Singapore’s green towers, including the famous Oasia Hotel, show one possibility.

There was lots of talk at the conference about building sustainably with wood. Tokyo has plans for the world’s tallest wooden skyscraper, the W350.

One of the entries in the LafargeHolcim Foundation’s student poster competition, which is an important component of the conference, was Hermann Kampte’s wooden tower in Lagos — surely by now one of the most famous nonexistent buildings on the continent!

Fantasy visions of a futuristic hi-tech African metropolis have crossed over into mainstream imagination in films such as Black Panther, where Birnin Zana — the Golden City — represents a counterpoint to Gotham.

It’s important to remember the local cultural and environmental context when tackling this global problem — and the last thing we need is another pseudo-Western glass tower.

• The conference was hosted in April by The American University in Cairo. The writer was a guest of the LafargeHolcim Foundation

The 150m-high Leonardo, going up over Sandton, has got people talking. But it’s not the first time a ‘skyscraper’ has captured Joburg’s attention
Life
1 year ago

1.
Destructive farming is the issue — not whether ...
Life
2.
Global tourism industry suffers as Chinese ...
Life
3.
MICHAEL FRIDJHON: Demure rosé rarely makes a ...
Life
4.
Bao Down and Hesheng serve up delicious Far East ...
Life
5.
Running the gauntlet of packaging in the food ...
Life

1.
Destructive farming is the issue — not whether ...
Life
2.
Global tourism industry suffers as Chinese ...
Life
3.
MICHAEL FRIDJHON: Demure rosé rarely makes a ...
Life
4.
Bao Down and Hesheng serve up delicious Far East ...
Life
5.
Running the gauntlet of packaging in the food ...
Life