In Krugersdorp, the crime was right in front of them and still the cops did nothing 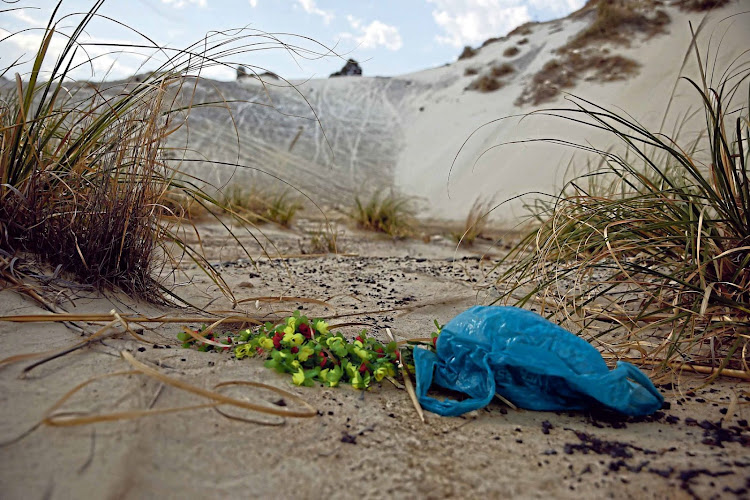 Abandoned flowers at the scene where a group of women were raped by zama zamas at an abandoned mine dump near Krugersdorp. Picture: Ziphozonke Lushaba

In 1998 I had the dismal experience of attending a community policing forum at which the local police commander addressed the residents of Melville and Westdene.

The two suburbs had been hit by a crime wave (though looking back it seems mild compared with the daily diet of crime and violence now inflicted upon most South Africans) and the embattled residents wanted assurances that the police were doing everything in their power to end it.

There was a collectively sharp intake of breath as the chief said: “The police cannot prevent crime, only investigate it.”

Preventing crime, he added, was up to the citizens.

Such wisdom flies in the face of the generally accepted position that the certainty of being caught is the biggest deterrent to criminality.

The US National Institute of Justice says “police deter crime when they do things that strengthen a criminal’s perception of the certainty of being caught ... A criminal’s behaviour is more likely to be influenced by seeing a police officer with handcuffs and a radio than by a new law increasing penalties”.

Such policing was particularly effective when the police were a visible presence in hotspots.

West Village, a former mining community just outside Krugersdorp, where eight women endured being gang-raped for 12 hours last week, is one such hotspot.

The people there live in terror of zama zamas who have, in effect, created a rogue state apparently beyond the law.

Listening to Nicolene Trom, head of the local community policing forum, berate police minister Bheki Cele in front of the TV cameras, leaves no doubt that once again the police have failed — in the face of open provocation from known criminals brandishing illegal guns on their very doorstep — to do the one job they have: protect and serve the people.

How to make SA ungovernable: block the N3

Could the mystery arsonist be a warrior for the poor, throwing flames at Joburg’s leafy suburbs?
News & Fox
3 months ago
Next Article