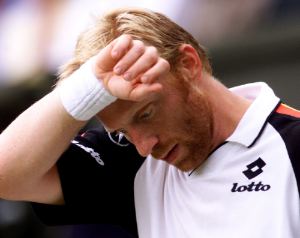 Boris Becker will probably not be pleased to hear that a former prison governor reckons he would make a good jail gym instructor while he serves his 10-month sentence for fraud and tax evasion.

That’s a long tumble from grace for the man who started his 16-year career as an unseeded unknown and went on to win six major singles tennis titles and 49 championships, earning $25m in prize money along the way.

The story of humanity is littered with cautionary tales of those who suddenly stepped into fame, glory and riches — and then lost the plot.

Becker’s fall is nothing less than a tragedy. Bellerophon, the Greek mythological hero, ended up as a lonely, earthbound cripple after being bucked off Pegasus, his winged horse, for thinking he was one with the gods.

Having defeated the fire-breathing Chimaera, Bellerophon thought it would be nice to take Pegasus on a flight over Mount Olympus to check out the gods. They disagreed and sent a fly to sting Pegasus, and the rest is history.

Ah, hubris. The man famously known as Boom Boom got a waitress pregnant in what turned out to be the broom cupboard in Nobu restaurant in London while his then wife was in hospital giving birth to his second child. This was around the same time he could command £25,000 for an after-dinner talk.

He will begin serving his prison term at HMP Wandsworth, roughly 5km from the court where he served up some of his greatest victories.

When support was available from private aircraft, the state kept its head in the sand
News & Fox
2 weeks ago

An ex-con is the new mayor of Beaufort West

Once a gangster and a prison inmate, Gayton McKenzie says his job is to clean up the Dodge City of the Karoo
News & Fox
3 weeks ago

Could the mystery arsonist be a warrior for the poor, throwing flames at Joburg’s leafy suburbs?
News & Fox
1 month ago
Next Article