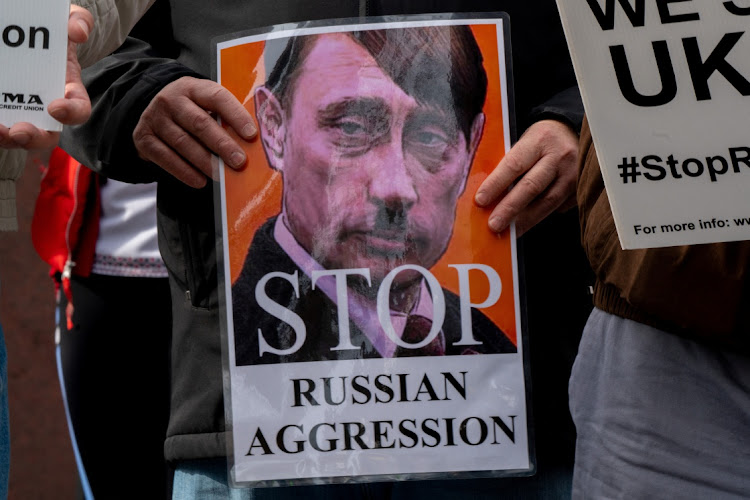 Not long after the Soviet Union blew apart in 1989, Russians began to die en masse: in car crashes, by asphyxiation, of heart attacks, alcohol poisoning and jumping — or falling — from buildings, wrote journalist Masha Gessen in a perceptive essay about the phenomenon.

Gessen came to the conclusion that Russians were dying of broken hearts. The empire was no more. Oligarchs and spivs were feasting fatly on its carcass while life for most ordinary citizens continued as it had in the worst days of the USSR: nasty, brutish, cold, impecunious and short.

Enter Vladimir Putin, shirtless horseman of the apocalypse, who seemed determined to restore Russia’s faith in itself, often through manic episodes of sabre-rattling and a blood-soaked intervention in Chechnya. Perhaps this was the way to fix a broken heart, along with dealing with that upstart Xi Jinping and his outrageous modern incarnation of the Great Silk Road.

How else, then, to explain this week’s insanity as Russian armour poured across the Ukrainian border. For, as a brief visit to Kiev in 2010 showed me, while there may be strong pro-Russian support in eastern Ukraine, most of the population have no desire to be a Russian vassal state ever again. The steppes have long memories. The Holodomor, Stalin’s genocide by starvation, is a still-fresh trauma here.

All that said, invading Crimea and snuffing out pockets of pro-Georgia holdouts in South Ossetia is one thing. Invading a big, well-equipped, democratically aware country like Ukraine is altogether another.

Ukraine may topple fast. Or it may not. It’s unlikely to be like the Russian invasion of Afghanistan in 1979, which after an expensive 10-year occupation saw the bruised bear scuttle home across the frontier again. You never can tell these days.

Meanwhile, the Ukrainians are no doubt grateful for Germany’s offer to supply helmets. Though they could probably have sourced those themselves simply by digging up the steppes and recovering those left behind after that country’s meddling in 1941.

Plus ça change, say the French, and this time they would be right.

As the situation in the Ukraine heats up, the disinformation war is on. It doesn’t seem to matter how false the message is — someone, somewhere will ...
Opinion
2 months ago

The fortunes of the country’s billionaires tumbled $33bn in 2022, and escalating conflict in Ukraine is likely to lead to greater wealth destruction
News
2 months ago

As another war threatens, the cost of helping refugees remains an issue
Opinion
2 months ago

CHRIS ROPER: It’s the Cold War all over again

The rhetoric may have had something of a modern makeover, but the propaganda that’s coming out of Russia and China is setting the scene for a new ...
Opinion
3 months ago
Next Article